Willie Nelson on Music Row’s Music: “I Don’t Listen To It.” 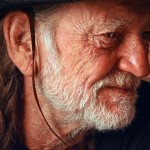 On Monday (11-1-10) Jashie P. of Outlaw Radio Chicago met up with the one and only Willie Nelson for a brief but productive interview on Willie’s bus before his performance at the Rialto Square Theatre in Joliet, IL.

Willie talked about how the title for his new album Country Music was a tip of the hat to what he always though country music sounded like, and how he never listens to Sugarland, or most of the other stuff coming out of Music Row.

Outlaw Radio: Why did you name your new album Country Music?

Willie: In my opinion, that is the sound I always thought country music sounded like. And of course it’s changed through the years, but the original sound of country music for me was that sound.

Outlaw Radio: What do you think right now of the current state of country music out of Nashville, out of Music Row, acts like Sugarland?

Willie: Honestly I don’t listen to it so I don’t know (laughing). I just don’t know.

Outlaw Radio: How do you feel being the longest-running country music star going right now? How does that feel to you, and how long are going to keep going?

Willie: Well I don’t know it’s a day to day deal (laughing). As long as people show up and as long as we can show up I hope to do it a long time.

Outlaw Radio: What do you think of this new breed of the underground country scene going . Like I know Hank III pretty well, do you talk to them at all?

Willie: Well I have talked to him and you’re right, he’s the real thing and his dad would be proud, and he’s carrying on the tradition as the Williams family has done forever. And of course in my opinion there was no better writer or singer than Hank.

Interestingly Willie played 5 Hank Williams songs that night, including four in a row, and ending with Hank’s “I Saw The Light.”

Willie also talked about working with Dave Matthews, and his daughter’s band, the flittering, funny and foul-mouthed Folk Uke. You can hear the entirety of the audio from the interview on Outlaw Radio Episode 108, available for listening or download.