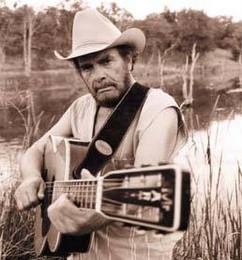 Merle. The Hag. Of all the country music greats, Merle’s story might be the most symbolic of the American experience: from growing up in California as the son of Okie parents during The Depression, to spending time in prison, to becoming a rags to riches story. His legacy is sometimes overshadowed by his peers like Willie Nelson and Johnny Cash, whose influence has spread much farther than country’s borders. But when it comes to influencing country music itself, few this side of Hank Williams can say they’ve left a bigger footprint.

Here’s 10 moments that make Merle Haggard one of country music’s most preeminent badasses.

1. Being Born In A Boxcar

Now if that ain’t country….

James Francis and Flossie Mae Haggard moved from Oklahoma during The Depression after their barn burned down in 1934, and settled in an apartment in Bakersfield with Merle’s two older siblings Lowell and Lillian. Merle’s father got a job working for the Santa Fe Railroad as a carpenter, and soon went to work converting a boxcar parked on a piece of land in Oildale, CA, just outside of Bakersfield that eventually became the family’s homestead. Merle Haggard was born in that boxcar on April 6, 1937. The Haggard’s eventually purchased the land around the boxcar, and expanded it to include two bathrooms, a kitchen, and a breakfast nook.

2. Telling Off A CBS Records Executive for Firing Johnny Cash 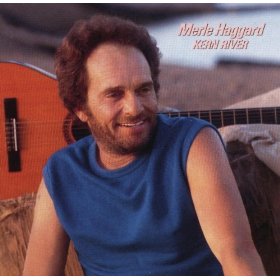 In 1985 Merle released the song “Kern River” and it reached #10 on the country charts. But if it was up to CBS Records executive Rick Blackburn, the song would have never been recorded at all. Blackburn hated the song, and apparently went out of his way to tell Merle as much at every opportunity he had. Then at some point, Merle had enough. Blackburn mouthed off to Merle about it, and Merle lost it.

“Who do you think you are? You’re the son-of-a-bitch that sat at that desk over there and fired Johnny Cash. Let it go down in history that you’re the dumbest son-of-a-bitch I’ve ever met.”

Johnny Cash’s most famous prison appearances were in 1968 and 1969 at the Folsom State Prison and San Quentin Prison, but these concerts weren’t the first time Johnny Cash played at a correctional institution. His first ever was New Years Day 1958 at San Quentin in California, and a 20-year-old Merle Haggard was in the audience. After a few other run-ins with the law, being arrested for the first time at age 11,  and after having participated in multiple of jailbreaks (see below), Merle Haggard got sentenced to 15 years for burglary in 1957 to the notorious California lockup. He was just 18.

Merle ended up only serving two years of his sentence though, in part because the Johnny Cash concert changed his life. At the time, Haggard was conspiring with his cell mate “Rabbit” on an escape plan, but Merle’s fellow cell mates convinced him he had a brighter future in country music. Rabbit eventually did escape, killed a cop, and ending back at San Quentin on Death Row.

“He had the right attitude,” Merle recalls of Johnny Cash’s appearance. “He chewed gum, looked arrogant and flipped the bird to the guards he did everything the prisoners wanted to do. He was a mean mother from the South who was there because he loved us. When he walked away, everyone in that place had become a Johnny Cash fan.”

That’s right. As impossible as that sounds, this is what Merle Haggard claims. His criminal record over the years has been a source of much debate about just how hardened the young Merle was. More than likely most of his crimes were quite petty hooliganism stuff, and were bred out of growing up and not having a father to keep him in line, and not having any money and resorting to stealing for his daily bread. But apparently he became pretty adept at giving the local jailers the slip, and that’s why he eventually ended up at San Quentin.

“I was scared to death,” Merle recalls. “I was just 19 at the time, and I’d already been in a lot of jails. San Quentin is the last place you go. I wasn’t really that bad a guy. They just couldn’t hold me anywhere else. I escaped 17 different times, so they sent me there because I was an escape risk. When I walked out on the grounds of San Quentin, I was scared. I was there two years and nine months.” 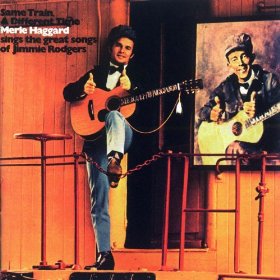 It’s one thing to record a tribute album to one of the greats of country music’s past. It’s another to do it at the height of your professional career when your talent and attention could be more financially lucrative elsewhere.

After landing his first #1 hits “I’m a Lonesome Fugitive” and “Branded Man,” and before releasing his big 1969 hits “Workin’ Man Blues” and “Okie From Muskogee,” Merle Haggard released the 1969 LP Same Train, A Different Time: A Tribute to Jimmie Rodgers — a massive, two-record tome of 25 Jimmie Rodgers songs recorded to critical acclaim. The project took a total of 6 months to complete and is given credit for a revitalization of interest in the Singing Brakeman’s career.

Same could be said for Bob Wills, when Merle made time to record and release A Tribute to the Best Damn Fiddle Player in the World the very next year. Even more cool, Merle rustled up the last 6 remaining members of Bob Wills’ Texas Playboys—Johnny Gimble, Alex Brashear, Johnnie Lee Wills, Eldon Shamblin, Tiny Moore, and Joe Holley—to participate in the record along with Haggard’s backing band The Strangers.

Merle Haggard was diagnosed with lung Cancer in May of 2008. Not wanting to make a big deal or publicity stunt out of the matter, he kept it hush hush. On November 3rd, 2008, Haggard had surgery to remove part of the upper lobe of his right lung that had a lemon-sized tumor growing on it. Five days later, he finally spilled the beans to the public about his diagnosis and treatment. Merle had been a smoker early in his life, and had quit cigarettes in 1991, and marijuana in 1995. But doctors said smoking had nothing to do with Merle’s condition.

How did Haggard pull through? Less than two months later he was playing shows at The Crystal Palace in Bakersfield. “I feel like I’ve extended my life,” Merle said at the time. “I’m in better shape than when I went in.”

7. The “Me and Crippled Soldiers Give a Damn” Protest Song

Merle Haggard has written and recorded many politically-charged songs over his career spanning both sides of the isle. From his conservative-leaning anthems like “Fighting Side of Me” and “Okie From Muskogee” (though he’s said this song was written to be a somewhat humorous portrait), to the more recent anti-war song “America First.” But “Me and Crippled Soldiers Give a Damn” might be his crowning, politically-charged moment.

Incensed by the Supreme Court’s decision to allow flag burning under the First Amendment, Merle penned this controversial tune in 1989 and tried to release it, but his label CBS Records refused. So Merle, determined to have the song see the light of day, bought himself out of the stipulations of his CBS contract simply so he could release the song. And just so nobody was confused of where Merle’s heart was in the matter, he gave all the proceeds from the song to the Disabled Veterans of America.

Merle Haggard isn’t known especially for being a legendary duet partner, but when he paired up with Willie Nelson in 1983 to record Pancho & Lefty whose title track is the famous Townes Van Zandt song, a strange magic ensued. The song “Pancho & Lefty” went straight to #1, and so did the album. It also launched another Top 10 hit, “Reasons to Quit,” written by Haggard. Willie & Merle went on to be named the Vocal Duo of the Year by the CMA in 1983.

9. Helping to Define The Bakersfield Sound

As the bean counters on Music Row out in Nashville decided that for country music to survive, strings and choirs needed to be added, and that they needed to “refine” the sound of this rural art form to appeal to older audiences, the country music rebels out in California said “screw that” and we’re slinging their telecasters around, playing way too loud, and pushing boundaries. Right beside Buck Owens at the forefront of this movement was Merle Haggard with his hard-driving, hard-edged sound, embellished by Ralph Mooney’s blaring steel guitar.

Not only did The Bakersfield Sound keep Nashville’s “Countrypolitan” in check, it also showed many of Bakersfield’s rock and roll neighbors in places like LA and San Francisco that country music could be cool, and next thing you know you have bands like The Byrds and The Grateful Dead cutting country records.