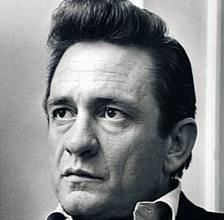 Every day tens of thousands of people put on the police uniform and put their lives on the line to protect and serve the citizens of the United States, and do it with a servant’s heart and a sincere desire to protect their local communities. But others step over bounds, grow power hungry in their positions, and some communities have dealt with corruption and brutality in policing for decades to where over the years it has become an eternal theme in American music, and in country music specifically.

Many country music songs deal with characters being incarcerated, being sent on the lamb, or being killed for things they have done that are wrong. However the following songs are ones that question if anything was done wrong in the first place, or decry how the system doesn’t allow previous wrongdoers to truly rehabilitate.

Many of Johnny Cash’s songs speak out about the inequality and ineffectiveness of America’s jails and the police state in general, and he punctuated this sentiment throughout his career with his legendary prison concerts. But no Johnny Cash song spells it out more clearly than “San Quentin”.

“And I leave here a wiser, weaker man. Mr. Congressman, you can’t understand.”

Kris Kristofferson – “The Law Is For Protection of the People”

From Kris Kristofferson’s first, self-titled album from 1970 which also included iconic Kristofferson-written tunes like “Sunday Morning Coming Down,” “Me & Bobby McGee,” and “Help Me Make It Through The Night,” “The Law Is For Protection of the People” is arguably Kristofferson’s most powerful counter-cultural, anti-authoritarian statement of his career. Another song from the album, “Best Of All Possible Worlds” also carries a strong message about the police, but one where Kristofferson admits to his own drunken culpability.

“So thank your lucky stars you’ve got protection
Walk the line, and never mind the cost
And don’t wonder who them lawmen was protecting
When they nailed the savior to the cross.”

Native Oklahoman J.J. Cale’s calling out of middle America’s aggressive police state has also been covered famously by Cody Canada & The Departed, and by numerous bluegrass bands including the Yonder Mountain String Band and the Hutchinson Brothers. It is from J.J.’s 1973 album Really.

“They got fines, they got plenty. They’ll hold you up for days on end. Threaten your life, take your money. Make you think you’re there to stay.”

The song is about Waylon’s cocaine arrest in 1977 for conspiracy and possession of cocaine with intent to distribute. A courier tipped off Federal agents that a package sent to Waylon from his lawyer/manager Neil Reshen contained 27 grams of cocaine. As authorities waited to obtain a search warrant, Waylon flushed the drugs down the toilet, and the charges were later dropped. Waylon blamed the whole episode on the marketing of his music as “Outlaw.” The song includes one of the best lines of any country song decrying the police state.

“I’m for law and order, the way that it should be. This song’s about the night they spent protecting you from me.”

Speaking out about the difficulty felons find in the world after they’re released from jail, this classic country tune was the title track off of Merle’s fourth album released in 1968. Though there is no shortage of prison songs in country music complaining about how tough it is in the clink or once you get out, “Branded Man” speaks specifically about the inability of the police state to rehabilitate and re-indoctrinate ex convicts back into society.

“I paid the debt I owed ’em, but they’re still not satisfied. Now I’m a branded man out in the cold.”

One of Wayne Hancock’s signature tunes about being pulled over for doing nothing wrong, “Johnny Law” is something most any American can relate to.

“You ain’t nothin’ but a bully with  a star on your chest.”

The cowpunk/alt-country entry into the list, “Radar Gun” was The Bottle Rockets biggest hit, reaching #27 on Billboard’s rock charts. It was released on their album The Brooklyn Side in 1994, later re-issued by Atlantic Records in 1995.

“Schedule 19 on a special election
Got our money problems right in hand
Droppin them limits like a hot potato
50 down to 30, oh man, oh man.”

Though “Highway Patrolman” is seen by many as being against the police state, its message is much more subtle than most. Written and performed originally by Bruce Springsteen on his 1982 album Nebraska, it tells the tale of a Highway Patrolman who regularly looks the other way when his brother does wrong in the local community the officer is charged to protect. Johnny Cash covered the song on his album from the following year, Johnny 99—titled from another Bruce Springsteen song off of Nebraska.

“Well if it was any other man, I’d put him straight away
But when it’s your brother sometimes you look the other way.”

When the 97-year-old Henry refuses to relinquish his land for a highway being built through town, he gets shot down by police who think he’s reaching for his rifle when he goes to pick up his cane. “Old Man Henry” off of Jame Hand’s 2012 album Mighty Lonesome Man is based partially off of true events.

“40 rifles raised, from 40 men half crazed. As the bullets struck all around him, his house it caught ablaze.
40 rifles then, raised and fired again. As the fatal bullets hit him, Henry fell across Mary’s grave.
A man of 97 years, lay dead upon the ground. As his soul winged up to heaven, a gentle rain came down.
Henry laid across his Mary, their little home a pile of ash.
Nothing left but the memories, they got their damned highway at last.”
© 2021 Saving Country Music
0