A Country Music Media Arms Race Has Broken Out 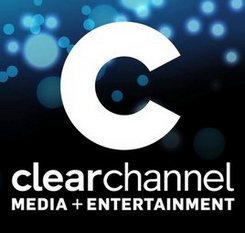 Yes ladies and gentlemen, just like the great American eagle and the mighty Soviet bear staring each other down and belligerently stockpiling armaments to intimidate one another, the two titans of American radio, Clear Channel and Cumulus Media, have entered a no-holds-barred arms race with country music as the platform, acquiring assets and cutting deals, fueled by deregulation, with the ultimate prize being you, the sweet and innocent little country music consumer.

In December, word came down that Clear Channel had cut a deal with CMT to create nationally-focused country music programming to be distributed across the 125 country radio stations owned by the company, as well as some digital and television platforms. This move was in response to Cumulus, the 2nd-largest radio station owner in the United States behind Clear Channel, which had created its own national syndicated format earlier in 2013 under the NASH-FM brand, serving 70 separate radio markets. 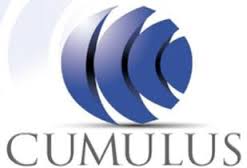 Now Cumulus is matching Clear Channel’s cross-media move by partnering with the long-running magazine Country Weekly to migrate the NASH-FM brand into print and online media. Announced this week, Country Weekly in the next couple of quarters will become NASH Weekly. Cumulus has also registered nashweekly.com, and is expected to make an online presence for the NASH brand a focus.

Though many consider Cumulus and Clear Channel as 1 and 1A in the move to consolidate radio ownership and nationalize programming at the expense of local radio talent and regional flavor, the two companies operate from two distinctly different philosophies. For example, Clear Channel is the company most notorious for firing local talent and implementing national syndicated programming at local stations whether the stations or markets want it or not. Cumulus on the other hand insists its local stations choose how much of the nationally-syndicated NASH-FM programming they carry during a given day, though many times these stations eventually choose the syndicated shows because of increased ratings and lower labor costs.

Clear Channel is betting big on its national personalities. DJ Bobby Bones is seen as a rising star in country radio, his syndicated country show based out of Nashville is now the #1 show in the home of country music, and is broadcast to over 50 of Clear Channel’s member stations and growing. Bones has already begun to branch out into online and television formats, and he’s seen as a personality that could become the face of Clear Channel’s country network. Cody Alan is another human asset that started at CMT, but now hosts the Clear Channel’s syndicated nightly show “After MidNite” and Clear Channel sees a lot of potential in.

Cumulus meanwhile is betting more on its physical assets. The Cumulus / NASH heavy hitter is it’s New York flagship station, 94.7 Nash FM. Before Cumulus launched the station, New York had been devoid of a country music station for two decades. Now 94.7 is pulling in almost 1 million listeners, and is expected to grow to 1.5 million in the next year to 18 months. Cumulus is also looking to expand the NASH brand into the restaurant business, with a potential fleet of bistros to be opened in the future. Why restaurants? Because the brick and mortar aspect of a restaurant chain is the type of substantial asset a business looking to build a substantial brand desires.

Meanwhile there’s a 3rd big player in the country music media race that brings one of the most trusted and well-recognized brands in American music to the table: Rolling Stone. Wenner Media announced in early December that in the 2nd quarter of 2014 they would be launching a million-dollar website dedicated to country music, with a Nashville office housing an editorial staff of 10 to 15 writers, a strong stable of sponsors, and a long-term commitment and outlook. With the ability to branch out into video and streaming radio through the online format, and the power of the Rolling Stone brand, Rolling Stone Country will be a formidable new country music media participant vying for many of the same country fans as Clear Channel and Cumulus.

2014 could see the biggest restructuring and realignment of the business of covering and distributing country music through radio the genre has ever seen, with millions of dollars in capital being infused into the marketplace as big media companies build their country media empires. It also means that just like radio station ownership and the genres those radio stations play, the business of covering country music is likely to consolidate into the hands of a few very big entities, while smaller outlets and radio stations must resort to niche programming to grow a grassroots following, having to deal with slim budgets in the shadows of the big boys.

And with that said, I would like to formally submit myself for consideration from one of these big media outlets looking for a scrappy, industrious, and experienced country music writer. Just set up the interview and I’ll dazzle, trust me. Here’s my resume: www.savingcountrymusic.com.

…or at least let me wash dishes at one of the new NASH Grill locations. It’s hard out here for us independent writers.