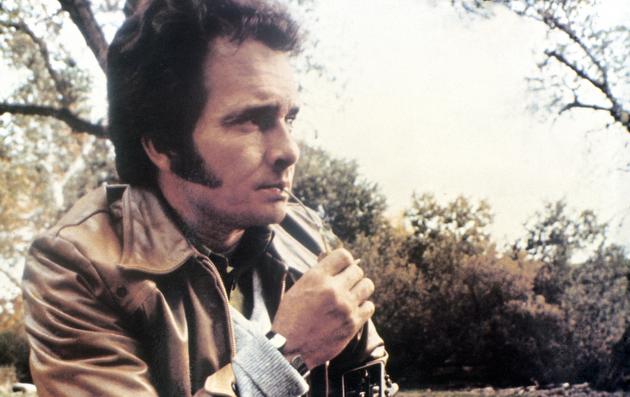 Merle Haggard is gone, but he won’t be forgotten. A week after his death, word has come down that a motion picture about his life is in the works.

GMH Productions has optioned a script about the life of Merle Haggard called Done It All, written by screenwriter Cliff Hollingsworth who is best known for writing the critically-acclaimed motion picture Cinderella Man from 2005. The movie is being developed in part by a man named Carl Cooper, who was hand-selected by Haggard to develop the biopic with Hollingsworth. The title Done It All is derived from the Merle Haggard song “I’ve Done It All.” According to Deadline who broke the story, the script is complete, and producers will soon be on the hunt for actors and a director.

The script reportedly follows Merle Haggard’s from his childhood in poverty, all the through the rise of his career from a struggling artist to a superstar. The film will also touch on Merle’s personal life. The project originated with producer Donald Kushner who reached out to Cliff Hollingsworth to write the script. Originally Kushner wanted to hire Hollingsworth for the job, but the screenwriter decided to write it on spec, meaning he would write the script and attempt to sell it later. GMH Productions is partially owned by Cliff Hollingsworth’s brother Mike, as well as film industry veteran Abraham Gordon.

READ: 300 to 400 Unreleased Merle Haggard Songs Remain in an Archive

Merle Haggard died on April 6th, his 79th birthday, after suffering from complications due to a double pneumonia first diagnosed in December of 2015. The Country Music Hall of Famer had a total of 38 #1 hits, despite growing up in a house constructed from a boxcar, and spending time in San Quentin Prison for petty crimes. Merle saw Johnny Cash perform his first prison concert in 1958, and was inspired to pursue a career in country music. Merle would go on to be considered one of the greatest country music singers and songwriters of all time.