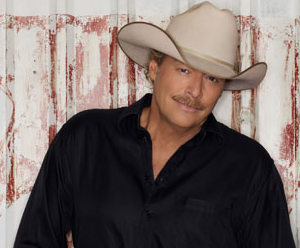 Ahead of his performance at the Merriweather Post Pavilion in Baltimore, Alan Jackson had some discouraging words about the current state of country music in an interview with the Baltimore Sun. The Grand Ole Opry member, winner of 2 Grammys, 16 CMA’s, and performer of 35 #1 hits said:

Right now, it seems like it’s gone. It’s not that I’m against all that’s out there. There’s some good music, good songwriting and good artists out there, but there’s really no country stuff left. It’s always been that constant pop-country battle. I don’t think it’s ever going to change. What makes me sad today is that I think the real country, real roots-y traditional stuff, may be gone. I don’t know if it’ll ever be back on mainstream radio. You can’t get it played anymore.

Jackson’s last album, 2012’s Thirty Miles West sold moderately well, but did not produce the type of radio hits Jackson enjoyed earlier in his career. Jackson has long been regarded as residing on the traditionalist side of the mainstream dial, and on many occasions has stood up for older artists and the preservation of the roots of country music, most famously on the 1999 CMA Awards when he stopped his own song “Pop A Top” and started singing George Jones’s “Choices” after the CMA refused to let George sing the song in full.

Alan Jackson may be done with trying to court country radio though, and may be embracing his role as an elder of country music. His next album set to be released on September 24th is simply called The Bluegrass Album and features a no frills traditional bluegrass approach. “I wanted to pay my respects to it because I think it’s a great genre and it’s real close to country,” Jackson told The Baltimore Sun. “Bluegrass is one of the last American music [genres] that’s stayed somewhat close to its roots.”

Last week Jackson played to a packed Station Inn in Nashville in celebration of his upcoming bluegrass album.