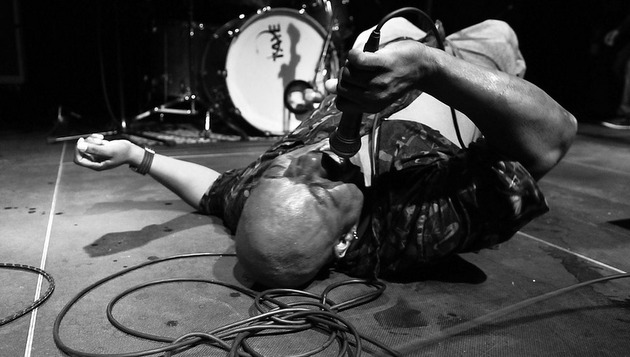 As each day passes it seems the “Americana” genre is infiltrated more and more by these eepish shoegazing post-grad white boys and girls looking to emulate the Motown or Muscle Shoals or Memphis sound with what’s basically throwback R&B or rock and roll flying the “Americana” flag for no other relevant designation to name to it. Not that there isn’t some great music being made in this space. JD McPherson deserves high praise as a rock and roll throwback revivalist that really gets what’s at the heart of the music, even though we may have been a little spoiled for our rock and roll fix by the more energetic approach of Nick Curran and others before him.

Everybody is going gaga these days over anything producer Dave Cobb touches after his success with Sturgill Simpson and Jason Isbell, but some forget Cobb cut his teeth helping to record those early Jamey Johnson albums, and was seminal to the early sound of Justin Townes Earle that really helped set off this whole Muscle Shoals soul revival sound found permeating both independent and mainstream roots music. The issue is not the sound itself, it’s the abundance of it, and how it’s slowly becoming the mono-influence of Americana.

When Justin Townes Earle released Midnight At The Movies, it was pretty innovative. Now we hear the latest track from Canadian country star Corb Lund called “The Weight of the Gun,” (produced by Dave Cobb), and it has that same Muscle Shoals sound we’ve heard from lots of other Americana artists.

I say all of this as an introduction to Barrence Whitfield and The Savages’ new record Under The Savage Sky to illustrate that even though Americana may be hitting some high water marks these days, there’s a lack of authenticity there, too much sameness, and not a lot of underlying enthusiasm to the music. This becomes patently clear when the raucous Barrence Whitfield is unleashed in front of the microphone, and the growls and screams and grit missing from the current Americana scene are rediscovered, and the joy of music is rekindled in the listener’s heart. 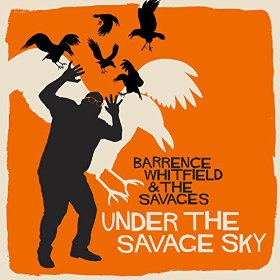 Under The Savage Sky is the reason you can’t ever let a release from Bloodshot Records pass under your nose without at least a sniff. From being the first to pick up on Justin Townes Earle, Ryan Adams, and so many more, to maintaining a home for artists like Wayne Hancock and Dex Romweber, if you want to listen to the music that influences others, this is where to look.

Barrence Whitfield is not country. He’s not even close. This is old school blues-inspired rock and rock soul brought hard and heavy with an unhinged attitude virtually unheard these days and welcomed to the ears of those looking for music with guts. Barrence has a history hanging around the periphery of the country realm though, earning the respect of alt-country types. It was during the heyday of Whitfield’s career when he released four records through Rounder between 1985 and 1989 that the foundations were forming for what later would become Americana. Then in 1993, he collaborated with country and roots artist Tom Russell on Cowboy Mambo and Hillbilly Voodoo. These two records, plus an appearance on a Merle Haggard tribute record put Barrence on the radar of some in the country realm.

Now 60-years-old, Barrence Whitfield isn’t showing signs of slowing down, he’s showing signs that he doesn’t know how to. Whitfield & The Savages come out kicking and screaming in this soul punk record with billowing sax, blistering guitar tones, and most importantly, Mr. Whitfield himself holding nothing back as he steps up to the mic, unhinges his jaw like a boa, and leaves no emotion left unstirred. The way he’s able to sing with a sincerity to his soul tones, and then rear back into a wild scream is the stuff a totally immersive musical experience is made of.

This is music meant to be felt as it pounds at your heart and rattles around in your rib cage, but Barrence Whitfield is no songwriting slouch, proven in the slower songs of the album like “Adjunct Street” and “Full Moon in the Daylight Sky.” But the blistering rockers like “Incarceration Casserole” and “Bad News Perfume” are what you come for, and what you find waiting to kick our ass in the track list of Under The Savage Sky.

Barrence Whitfield is not a name you’re going to see praised to the rafters or land on every end-of-year “best of” list, but his influence and the power of his music is unwavering, and Under The Savage Sky is as good of a place to start discovering his genius as any.

Purchase Under The Savage Sky from Bloodshot Record