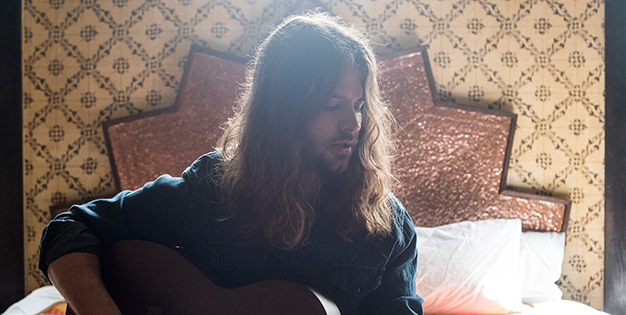 Just as rewarding as it can be to find a new artist that immediately appeals to you, so is finding an old artist that is new to you and just as appealing. Whether you were fortunate enough to live through the Golden Era of country, or later when the Outlaws reigned, or you’re brand new to country music and still trying to wrap your head around what all the fuss is about, with the entire history of music now at your fingertips thanks to technology, there’s always something to discover.

Listening to this debut record from Brent Cobb doesn’t feel like a new release, but one from an overlooked influencer of the Outlaw era whose under the radar effort went on to become a cult classic, like a record from Willis Alan Ramsey, or fellow Georgian Larry Jon Wilson that never found the commercial success it deserved in its own era, but went on to inspire high-profile peers by presenting a sound that will never tarnish over time and songs that remain relevant even today.

Produced by his cousin Dave Cobb, Shine On Rainy Day is more country than it is anything else, but the soul and folk rock influences are palpable on the tracks that roll out so smoothly, they envelop the consciousness not just in enjoyment, but in the presence of nostalgia like a thick memory that feels so present in the here and now, it’s haunting. 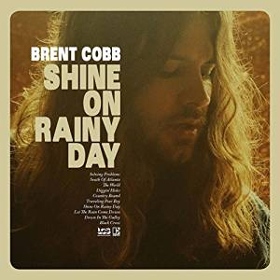 Just like Chris Stapleton whose debut was also produced by Dave Cobb, Brent moved to Nashville to be a songwriter. Though he didn’t find the major commercial success of Stapleton, Brent landed a few cuts here and there, and for similar names. Luke Bryan cut his song “Tailgate Blues” in 2011, and other mainstream acts like David Nail and Kellie Pickler have featured Brent Cobb in their songwriting credits. But ultimately it became apparent that songwriting for the mainstream was not for him. What first put Brent Cobb on the map for some was when he released the anti Bro-Country song “Yo Bro” in early 2015. Now, just like Stapleton, Cobb is primarily focused on his own music as a solo performer.

Brent Cobb’s time as a professional songwriter for Carnival Music allowed him to refine his chops and become a top-shelf composer. This is apparent right out of the gate in this debut record with the track “Solving Problems”—something you wouldn’t be surprised to hear from John Prine or Guy Clark. “Diggin’ Holes” is another that is as good as any other song you’ll hear penned in any era.

But the principle subject matter for Shine On Rainy Day centers around Brent Cobb’s homesickness for south Georgia and more simple settings. “South of Atlanta” and “Country Bound” are all about the laid back attitudes that persist in the southern Georgia region, and to hear Brent sing about the area makes it sound like a piece of heaven.

All the audio illustrations of a simple lifestyle are enhanced by cousin Dave Cobb’s production effort that focuses primary on mood throughout the record. As uncanny as it is that Dave was able to create a setting for this record that feels like it’s 40 years past, so is the discipline to adhere to this same mood through the entire record, making it feel like a time capsuled project as opposed to a modern record.

But Shine On Rainy Day may be almost a little too laid back and sedated, to the point where it’s hard to hold your attention to it as a song cycle. Without a whole lot of diversity or spice, your eyelids tend to get a bit heavy listening to this record in one setting, even if each individual song would generally hold your attention just fine. It blends a little bit too easy into the background in the second half, even when the final song “Black Crow” gets extended via guitar solo. There just needed to be a bit more gas. This is mood music, and the mood it happens to set is a lazy one. You could almost go as far as to refer to it as a stoner record if the material was more oriented in that direction.

But like those old classic cult country records, it may not be stellar cover to cover, but it’s both the mood and the top songs that you could never trade for most of what modern music has to offer. Will it be enough to put Brent Cobb on the bigger map like other Dave Cobb-produced artists like Stapleton, Jason Isbell, and Sturgill Simpson have enjoyed? That’s a good question, and the answer is probably that Brent is still in the early stages of his career and still trying to establish a name as a performer beyond “Dave Cobb’s cousin.” But this is a worthy first effort that will draw many devoted listeners, and lay a foundation for things to come.