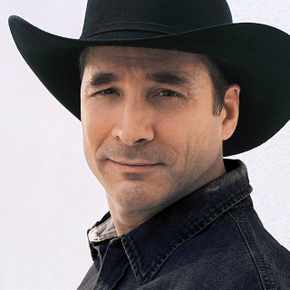 It’s fitting that Clint’s last name is “Black” because he seems to have spent his entire career overshadowed by his peers, even when he was at his commercial peak. As part of the now famous “Class of ’89,” he was always vying for attention with Garth Brooks, Alan Jackson, and Brooks & Dunn. He still was wildly successful. 22 #1 singles is nothing to scoff at. But Garth Brooks stole the show, Brooks & Dunn dominated the duo space, and Jackson had the longevity in the spotlight that eluded Black. Listening back to those early records though, Black gave nothing up to his ’89 brothers, and time didn’t have to pass to rehabilitate the material in the eyes of traditionalists like some others.

Clint Black took some time off to focus on his family in the midst of his heyday, and the decision ended up being a costly one in a loss of momentum in his career, even though he never stopped trying and touring. Even today, he decides to release his first full-length original record in ten years, and the same week of the release, George Strait calls a surprise press conference and says he’s releasing a new record the same day. Now fans of 90’s country may have to choose what to do with that paycheck money instead of placing it all on Black. Only seems fitting.

Ten years is a long time, and you never know what you might get out of these mature artists who are not quite legends, yet are no longer radio relevant. There is nothing wrong with On Purpose. It’s a fine record from a revered and seasoned country artist. But if you are hoping for a traditional country effort, or a revival of the spirit of the late 80’s / early 90’s, it’s not exactly that. It’s more of a late 90’s, early 2000’s, adult contemporary country effort with a few interesting textures and a couple of good songs, but not something that feels like it will quench ten years of anticipation, or set the world on fire.

On Purpose never really gets going. The opening song “Time For That” might be the album’s best, and seems to be Clint’s explanation for his extended hiatus through song. A spirited mandolin and good melody draw you in, but almost immediately you get the sense this album is going to be safe and straightforward in the production. There’s little to no twang here, with most of the guitar work handled with sort of standard Stratocaster tones, and a lot of keys and organ. There is some steel guitar here and a little fiddle, but they work within the same appropriate, but safe lines for the solos instead of stamping any real original mark or texture on this record. 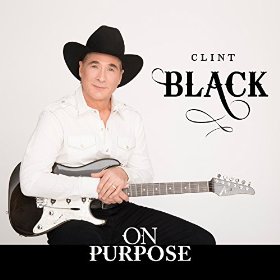 All of the songs from On Purpose work on a basic level, but they never seem to reach any “moments,” and never give Clint Black the singer a chance to shine. “Summertime Song” is an ode to songs that stick in your head, yet the melody is a little to meandering to become infectious on its own, and the line about how you love a song, but can’t remember the words seems a little contradictory.

There’s a couple of songs where the lyrical payoff just doesn’t stick the landing like it should, like in “Still Call it News,” which replaces the two words “new” and “news,” trying to be clever, but falling just short. On Purpose tries to get your heart pumping at the 12th spot on this 14-song album with “Beer,” and though this is no attempt at Bro-Country, it turns out to be about as bad as you would expect from the title—singing the praises of the amber brew while rattling off names of certain localities on the World map, which is always the easy way out to fleshing out a song idea.

It just feels like Clint has no finger on the pulse of what people are listening to out there, either in the mainstream or traditional ranks, and his radar is frozen in the early 2000’s when he last undertook this exercise. Sort of like Garth Brooks, his song selection is rusty. Sort of like the Bleeding Cowboy-esque font on the cover, the material feels a little dated. If anyone will get into this album, you have a feeling they will be big fans of Wheel of Fortune and Werther’s Original.

On the flip side, this feels like a very personal album for Clint. He made it for himself, and many of the songs seem inspired by the station in life he finds himself in. There’s a duet with his wife Lisa Hartman called “You Still Get To Me,” sort of a bluesy, swaying song that goes down just fine. On Purpose has just as many blues and jazzy textures as it does country, which is not necessary a complaint, but the production throughout struggles to give any signature moments to this music. Songs like “You Still Get To Me” and “Breathing Air” also reinforce this moment in time Clint finds himself in, and is only appropriate for him to reflect on and celebrate.

I’m going to eek out a positive review here because in the end there’s nothing wrong with On Purpose and there certainly will be an audience (however small) who will appreciate listening to an album like this. But as some roaring comeback for Clint, or a deep artistic expression, or something that will further the charge to save country music, it just falls a little in the shadows of other efforts.

Purchase On Purpose from Clint Black