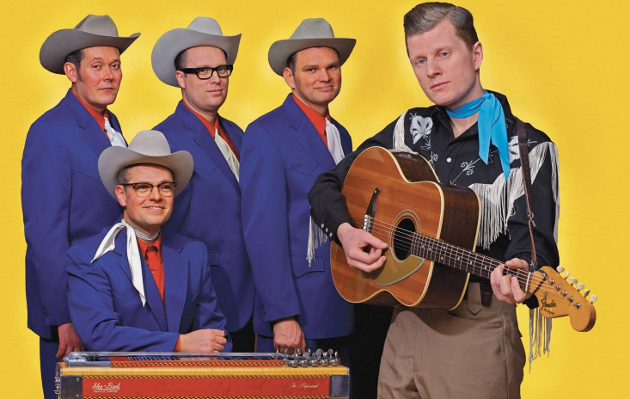 If you’re doggedly on the search for music that hearkens back to the Golden Age of country, and the songs and sounds of folks such as Hank Williams, Lefty Frizell, and Webb Pierce, The Country Side of Harmonica Sam is where your search parameters should begin and end. We’re not talking about close approximations here. Country Side of Harmonica Sam sounds so incredibly similar to the old masters and their old recordings, it will leave your mouth agape, you checking the back of the album for a copyright date, and feeling like the ghosts of country music’s past have been resurrected right before your very eyes and ears.

Yes, there’s a healthy gaggle of modern day artists who can put the moan in their music like Hank Williams did, or who have dedicated their craft to studying the old greats and trying to match their mastery note for note. But none have succeeded in the sheer closeness to the old sounds in the modern context as Country Side of Harmonica Sam. This isn’t about paying forward the sounds and songs of the old great for the modern ear. This isn’t doing your best to keep the roots of the genre intertwined with your music. It is an honest to goodness 100% exact museum replica of what you would have heard in the 50’s and early 60’s in country music done anew.

Making the whole enterprise of Country Side of Harmonica Sam that much more astounding is that this is not even a North American band. Harmonica Sam and his band are from Sweden of all places, but you would never be clued into this by listening to the music from the incredible expertise the entire band evidences in recreating the old sounds. “Shocking” is really the only appropriate word here when you behold what they’re capable of. 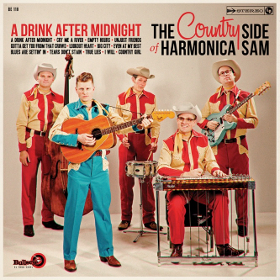 Harmonica Sam’s original genre isn’t even country. That’s one of the reasons for his funny name, and accounts for the fact that you won’t hear a lick of harmonica playing in this music. He actually started in the blues back in the 90’s, and then eventually immigrated to old school rock and country, which led him eventually to this project. In 2009 Harmonica Sam met steel guitar player Peter Andersson who is also incredibly important to the passion for old school country and the authentic nature of the sound that makes Country Side of Harmonica Sam so spellbinding.

But none of this would be intriguing as anything more than some marvel of sound re-creation if it wasn’t for the songs and the performances turned in by this band. Each of their original songs work hauntingly similar to the older songs of the 50’s, with the same vernacular, turns of phrases, themes and such, yet are still completely original in their creation. This is not just a cover band, though one of their best tricks is unearthing forgotten Golden Era gems that you’ve never heard but should have, like the astounding “Tears Don’t Stain.” Yes, the songs work within the limiting confines of a very specific era, but still breathe life into eternal and timeless themes just like the old songs did.

If Country Side of Harmonica Sam had been around in the 50’s, they’d be in the Hall of Fame right now, and rival the other old greats in the influence they forged simply from the quality of the songs and performances. Just like the songs of the old greats, these offerings are short, to the point, quick and catchy, leaving you looking for the repeat button. Yes, it’s more of an interpretation of an era than an original expression. But the precision and success of that interpretation deserves elevated recognition in itself.

For those that feel marooned in the modern world, or just love the simple, by-gone nature of classic country, Country Side of Harmonica Sam is a marvel, and a welcome treat to the senses.

A Drink After Midnight, Review, The Country Side of Harmonica Sam