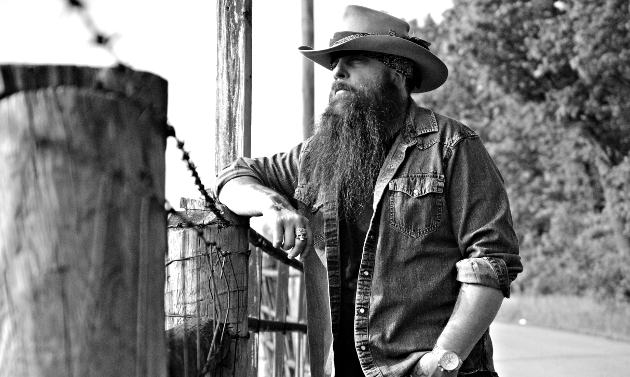 There’s still a few Outlaws left. And no, we’re not talking about 5’4″ guys signed to Big Machine Records, or stadium acts with Ray-Ban Aviators permanently affixed to their faces. We’re talking about the guys who believe the term “Outlaw” is synonymous with fierce independence. We’re talking about guys with door deal gigs and vans, not buses. True Outlaws. And chief among their small, but fervent ranks is singer, songwriter, and frontman Dallas Moore.

Dallas Moore has been around now for many years, mentioned on Saving Country Music many times, but has never had the spotlight squarely affixed upon his position in a dedicated fashion, primarily because heretofore, his recorded output was often met with mixed results. Please don’t take that as a dig at his previous albums. With fierce independence often comes a lack of resources, which presented themselves in some of his early records.

Outlaw artists like Dallas Moore often believe in writing their own songs, and sometimes producing their own records, which doesn’t always allow them the benefit from outside help to take an album or a song from good to great. There’s no major label dough being thrown around here. There’s no highfalutin’ managers to help open doors and secure fat cat underwriters. These are grassroots efforts. It’s of the people. It’s just Dallas and his posse, which at times in the past has meant sometimes things in the studio were a little messy. But they were always real, and they still resonated with lots of people. But you also knew that Dallas Moore was capable of more, and when he showed it, that would be the time to take the conversation with him more national. 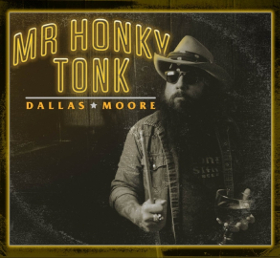 Finally we have that record that when someone asks you, “Dallas Moore? Where should I start?” you have a solid answer. Produced by Dean Miller—who is the son of Roger Miller—Mr. Honky Tonk is Dallas Moore’s most refined, polished, and professional album yet, but without compromising any of the grit and attitude that has earned him such a dedicated following and the “true Outlaw” moniker.

Joining Moore on the effort is the unmistakable harmonica playing of Mickey Raphael, Steve Hinson on steel guitar, and famed session bass player Michael Rhodes, all collaborating at the Baird Music Group studio in Nashville. Initially this was supposed to be an EP project, which like all EPs, would have likely resulted in half the impact. But five songs were stretched to eight. And bookended by the barn burners “Home Is Where The Highway Is” and “Shoot Out The Lights,” Mr. Honky Tonk is certainly a full album’s worth of entertainment.

The Dallas Moore experience has always been a straightforward hard country honky tonk steamrolling live or recorded, and you get nothing less on Mr. Honky Tonk. This is for honky tonk people, by honky tonk people, with no punches pulled, no excuses made, no apologies, and no letting off the gas. It speaks very directly to the lifestyle Dallas Moore and his fans live, which is barroom stools, wooden dance floors, with whiskey shots lined up across the bar. By the time you’ve made it through this record, you’re liable to have bored a hole in the floor with the heel of your boot from pounding out the rhythm so hard.

Where Moore still leaves room for improvement is in the depth of the songwriting. That’s not to take away from any specific track, and he does get a bit sentimental on this record with the song “Somewhere Between Bridges.” Remember the original Outlaw movement was a insurrection of songwriters. They also were willing to call on songwriters better than themselves, or when they needed help. Moore just needs to discover a bit more depth if he wants to rise to the next level of the Outlaw world beside folks like Whitey Morgan and Cody Jinks. He needs to delve into not just self-affirmation, but self-doubt. He delivers the true grit on every track, but this is the age of the song, and folks also appreciate something deeper.

If you’re looking for the Outlaw experience in 2018 that is 100% authentic and completely uncompromising, Dallas Moore is the answer. Mr. Honky Tonk is a hell of a good time, true to itself, and a testament that there’s still real Outlaws out there, you just sometimes have to dig to find them.