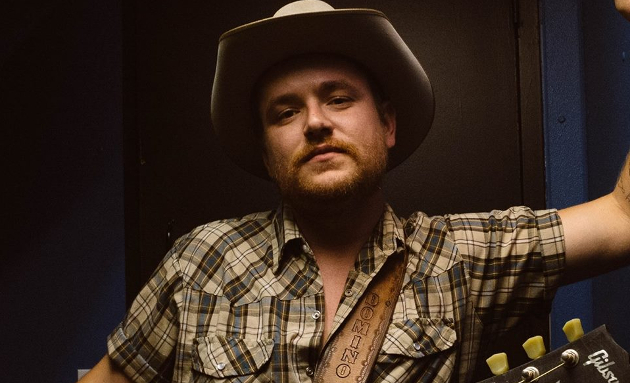 When certain surrogates for the mainstream of country music assert that “country music needs to evolve,” not only are they misleading the public about the true intentions behind homogenizing music to make it palletable to the widest possible expanse of the masses, which is really a practice more aptly characterized as devolution, they’re also wholesale ignoring the scores of artists over who the last 40 or so years have taken roots music on a true evolutionary path in both the sonic character of the music, and the thematic expanses it has reached.

Often this evolution has come from the edges of bluegrass, such as the newgrass movement that sprung up in the 70’s, or in the ranks of early alt-country artists who looked to expound on the sound and subjects of country in new, enlightening ways. Whether it was John Hartford and Sam Bush taking traditional string music to new universes, Emmylou Harris’s Wrecking Ball album produced by Daniel Laonis known best for his work with U2, or Sturgill Simpson singing about esoteric philosophical theorems in “Turtles All The Way Down,” the proof is all over the place that country music is evolving, it’s just the mainstream is not always paying attention.

Out of the ranks of Texas music artists is not the most expected place to witness the emergence of someone that takes the foundation of country themes and modes, and greatly expands them in a way that is only fair to couch as “evolutionary,” but that is the case for songwriter and performer Dalton Domino. For his sophomore album Corners, he doesn’t slowly try to acclimate you to the idea of going in a different direction, he drops you right into the deep end and tells you to sink or swim.

Lubbock, TX is one of the strongholds of Texas music, and has been for a long time. And though you may not expect this to be the origination point for a progressive movement in country, you can’t be caught off guard by the level of songwriting emerging from that local scene recently. From William Clark Green to Flatland Cavalry, Lubbock is experiencing that same type of healthy competition among songwriters that fosters creativity and raises quality across the board like we’ve been seeing out of Oklahoma in recent years. 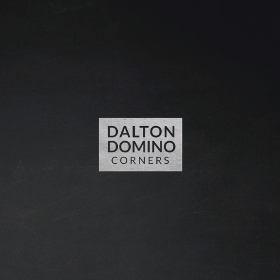 Songs are at the foundation of what makes Dalton Domino’s Corners so stunning. Written mostly by Dalton himself amidst a move to sobriety, it captures the moments during a transitional phase in life that go on to define us as people, set the stage for the rest of time, and stick out in memory no matter what else fades away. These periods are when the juices of life are at their most robust, and if you can capture them in song, and do so with honesty and eloquence, the result can be something compelling no matter what genre it falls into.

That is what Domino does in Corners, and maybe best in the title track.

“People like me have to live hell to see heaven is worth it
Take the worst of unanswered questions and try to find purpose
I’m not praying for acceptance, and if forgiveness never comes I’ll understand
But if I die I’m gonna die with me knowing, who I was ain’t who I am”

If any of these songs feel like reaches into the commercial side of Texas country, it is the co-writes, specifically the heartbroken “July” written with Kaitlin Butts, and the classic, working man’s revenge song “16 Years” with contributions from Charlie Stout and Turnpike Troubadour RC Edwards. Though these songs are the most accessible from Corners, this evaluation is not a criticism. This record needed just a little sensibility to it keep it more compelling, and broaden the audience who might be willing to give it a chance.

But what you’re faced with immediately after cueing up Corners is how this is not your conventional country record, and it’s probably not even safe to call it “rock” for the grab-bag connotations that genre carries. Corners is country. Listen to the words, behold the transformative and honest account from the stories, and it’s hard to call it anything else. But Domino uses a much wider sonic palette to clothe these compositions beyond guitar, fiddle, bass, and drums.

If Dalton Domino, or producers Nick Jay and Jay Saldana heard horns, strings, or backup singers on a song, then the expense was splurged on and they were brought to the studio. Yet they resist the idea of just bringing layers upon layers of production to the record solely for their own self-indulgent purposes, at least for the most part. Sometimes the sonic elements to the songs are somewhat hard to place to their instrumental origination. It’s more just beds of noise meant to set the mood of a song to parallel the sentiment. And often this exercise is successful.

Corners gives the listener a lot to digest and explore. This is not a record you listen to a few times and feel you have a grip on. The more you listen, the more is revealed. At the same time, there is an accessibility issue with this project, and some of the songs struggle to keep your attention. There are moments when you wonder if all the extra production is necessary, or if simply Dalton and his guitar or a more straightforward approach would have sufficed.

Corners feels like an important project in country music, and in Texas music specifically. Dalton Domino is bringing influences to the region that are not entirely foreign to roots music, but do feel lost in the viewshed in the otherwise expansive and diverse Texas scene. It also announces Domino has a creative force, both in songwriting and sound, that we may see hints of it in other artists’ music in the coming months and years as they find their own inspirations in this project.

It’s not a masterpiece, but it is a step in the direction of one. It’s not reinventing the wheel, but it is reminiscent of the upgrades country music has made before. It’s a great conversational piece and a refreshing shot out of left field that hopefully people listen to intently and with an open mind, and find the magic of music and message it looks to convey in a forward-thinking manner.