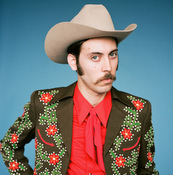 Another week, and another country music artist originating from north of the border makes the cut for official Saving Country Music criticism. I agree, there must be something deeper behind this Canadian trend, and perhaps we’ll delve into that topic further at a later date. But for now, let’s pop the hood on Daniel Romano’s Come Cry With Me and see what its got.

Take for example the first song “Middle Child” and the way the story fits the very real practice back in the 50’s and 60’s of families giving up their own children to institutions because they simply didn’t want them or couldn’t care for them. This was the fate that befell David Allan Coe for example. The way Daniel Romano dives into the emotional depths of this practice from the perspective of the child chosen to be given away is astounding, and he does so with such attention to keeping the language in the period.

Except for maybe his recording approach, there is nothing here to hint that Daniel Romano and his music weren’t just removed from a time capsule. It is this insistence on authenticity and attention to detail that elevate Come Cry With Me to high art. This really isn’t music that you put on in the background or bang your head to. Like visual art, you sit back and appreciate the use of technique. That doesn’t mean this album isn’t listenable, it’s just that you must know what to listen for. 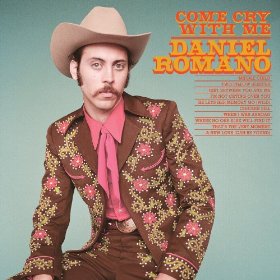 This is where Daniel Romano and Come Cry With Me present a dilemma. I certainly wouldn’t call this album accessible. For classic country fans, of course it is, but this is not a good gateway drug to get your Clear Channel-listening friends into the idea that there’s an alternative to corporate music. To them, it will come across as hokey, Howdy Doody Canadian hipster wierdo-ness. But that’s okay, it’s not meant for them, and not all music is for everyone.

Another notch against its accessibility is how slow this album is. Except for the song “Chicken Bill,” all the songs reside in the slow register. The “Chicken Bill” follow up, “When I Was Abroad” is the album’s sole hiccup to the classic country vibe, as it mixes the sea-fearing connotation of the title with the cross-dressing one. But surprisingly Come Cry With Me doesn’t take the silly, hipster (for lack of a better word) turn that you anticipate it might. It resists sarcasm in favor of strict interpretation.

This doesn’t mean you couldn’t read sarcasm into it if you wanted. And this chameleon nature is another positive attribute of Come Cry With Me. You play this record for a grandparent and they would know no different from what they remember back in the day. You play in for some hipster in Ray Bans and sweat bands, and he could very possibly see it as the seat of condescending irony. Condescending in a good, entertaining way that is, at least from their perspective.

This album is not for everyone, and I think it’s also an interesting discussion of how “creative” this album is. Unlike other “neo-traditional” or classic country artists like Wayne Hancock or Eilen Jewell, there’s no original, new sound being bred from this music. But I like Daniel Romano’s approach. It’s a fun record that also makes you think, and has an infectious quality where it makes you listen deeper to the craft of classic country music, and makes you appreciate classic country that much more more.

Preview & Purchase Tracks from Come Cry With Me