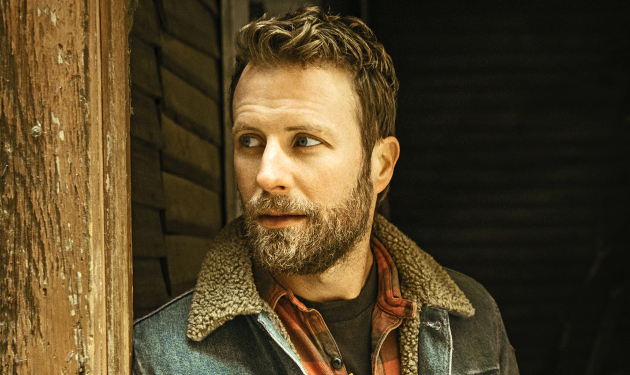 People want to like music. That may sound like a strange or moronic observation to make. But in the current cultural landscape where people use music to identify with whatever clan they want to be a part of, or rely on it as a wedge point for whatever they hate, it’s an important point to underscore. Sure there are the folks who love to hate on just about anything that comes down the pike, especially if it’s popular or part of some exclusive scene. But forget those people. Most of us do, and should want the most fulfilling musical lives possible, and that means opening your heart to things and giving them an equitable chance, including artists who straddle cultural divides, especially in the often divisive and divided genre of country music.

For years, Dierks Bentley has played a critical role in pulling people together as opposed to forcing them apart as a pragmatic and likeable star in the often polarizing realm of pop country. In a time in music where it can almost be impossible for everyone to agree on a single artist, Dierks was one of the few to create a consensus. Even if you didn’t like him, you still didn’t hate him, at least until his last album Black where Dierks put a lot of his good will in peril by crossing very perceptible lines of creative decency. It wasn’t just how bad the music was. It was that Dierks Bentley knew better. And no matter what happens henceforth, that record and the efforts within will always and justifiably leave a bad taste with certain fans.

Bentley’s new record The Mountain is not some dramatic return to his bluegrass roots, and it’s probably not even fair to call it rootsy aside from a few songs. But it is a return to Dierks Bentley doing what he does best, which is putting out good, quality, often inspiring songs that are raised in importance since they’re something you can enjoy with others that may otherwise not fit your musical alignment—your relatives, your co-workers, your wife or husband. And as diametrically opposed as the world is today, this positive attribute may never be more important.

We knew from the beginning that the title of The Mountain, Dierks Bentley’s beard, and all the Colorado imagery was more about the marketing of this record than it would be about the music. We weren’t going to get Up On The Ridge 2.0, and we probably shouldn’t desire to. Now that we’ve seen Florida Georgia Line parading around in snazzy old school suspenders and vests, Darius Rucker covering Drivin’ & Cryin’ while wearing Wild West attire, it appears Dierks beat everyone else to the punch of using a return to the roots as a way to build a narrative around new music in the mainstream. None of it is authentic, but unlike these other mainstream actors, this is more about Dierks being himself. You believe him when he says he was inspired to make this record by going to the legendary Telluride Bluegrass Festival, and finding the inspiration to re-evaluate the direction of his music, and to re-evaluate his life. You can tell this is true because it translates into the songs, lyrically if not always sonically. 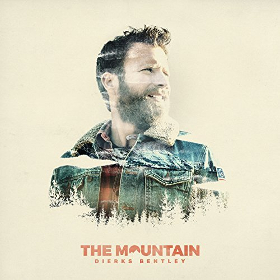 Taking stock of yourself, persevering over adversity and personal challenge, showing appreciation for the loved ones in your life is what The Mountain is all about. You still might be safer to categorize this record as adult contemporary as opposed to country. Pound for pound, Blake Shelton’s last album Texoma Shore is probably more rootsy and twangy than this one. But quality songs often shine through and trump genre concerns, and that’s what Bentley delivers with self-penned compositions like “Stranger To Myself,” “The Mountain,” and others that are rendered more effective because the musical effort is something that unites musical tastes as opposed to dividing them.

But those who know Dierks know you can’t get through any full record without some runs at radio play. On paper “Goodbye in Telluride” might look like the song that would most typify the theme of The Mountain, but it’s probably the album’s lowest valley with decidedly shallow, list-like lyrics, and a modern, monotone delivery from Dierks. “Nothing On But The Stars” feels like leftovers from the previous album Black. You appreciate the reverence Dierks shows for his wife in “Woman, Amen” and “My Religion,” but they lack a bit of the sincerity and specificity a good love song needs to convey its feelings.

There are other moments in other songs that are less than tasty, and others where you hear banjo, steel guitar, and mandolin lilting through, or maybe a turn in the writing that you sincerely appreciate. It’s not until the next-to-last song on the record—“Travelin’ Light” with Brandi Carlile—that something that sounds like it would be inspired directly by the Telluride Bluegrass Festival surfaces, but it’s still appreciated, and doesn’t feel like pandering. Part of straddling lines and trying to appeal to everyone universally makes it difficult to appeal greatly to anyone individually. But if you do it right like Dierks does on The Mountain, the effort is still commendable. Bringing in songwriter Jon Randall as a producer to help balance out the often ultra-contemporary notions of Ross Copperman was also effective and important to this project.

The final song of The Mountain called “How I’m Going Out” might be the work’s most important. One of only three songs on the record not co-written by Dierks (it’s credited to Jon Randall and Jessi Alexander), it nonetheless speaks to Dierks Bentley’s condition as a now 42-year-old mainstream country star whose time in the spotlight always rests on the commercial aptitude of his next effort.

It’s often the artists who go out kicking or screaming, or selling their whole careers down the river in an attempt to stay relevant that history doesn’t smile as fairly or fondly upon. It’s artists who make efforts despite the restrictions of the mainstream to keep a little bit of the soul, roots, and magic in the music like Dierks Bentley has in his career who become beloved, and their presence missed when they leave. All the more reason to make the albums you want to make instead of what someone else might think is the most financially expedient in the here and now.

Dierks Bentley has plenty of money and has enjoyed fame above most, even if he’ll never win Entertainer of the Year. But that’s not what life’s all about. That’s the wisdom a trip to Telluride will impart, or a listen through The Mountain.