Album Review – “Ghost on the Car Radio” from Slaid Cleaves 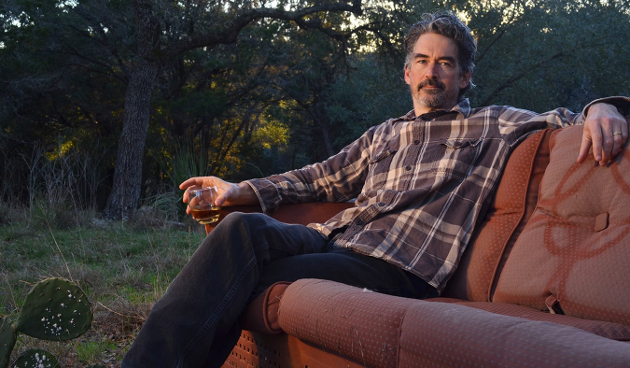 You can never accuse the songwriting troubadour who makes their way through life playing corner stages in local taverns of not doing it for the music first and foremost. The music, and the small but loyal support they receive from their fans is all they have. In the days of Guy Clark and Townes Van Zandt, at least there was the possibility that a big superstar like Willie Nelson or George Strait would come by and cut one of your songs and assure your mortgage was paid for a few more months. These days even if you get an album cut on a major label release, you would barely make any money anyway due to the meager revenues from streaming.

But these bare bones songwriters play a vital role by inspiring the rest of music. They’re the ones who set the pace creatively when it comes to words and rhyme. The true songwriting troubadour doesn’t aspire for anything more than to share their songs. In some respects, they must keep their means humble and their humility about them to hone their craft to its greatest quality. Success can sometimes be a pure songwriter’s greatest burden, while often the bigger stars actually envy the troubadour’s ability to delve deeper into story and character, and not be so beholden to a style or sound expected from an entrenched audience. Fans look up to stars. But the stars look up to the songwriters—songwriters like Slaid Cleaves.

Slaid Cleaves is one of those central Texas troubadours whose words and modes can be heard embedded in the music of some of the biggest acts in Texas music, Americana, and beyond due to the sheer potency of his craft. Slaid’s pen strokes are just too mighty for the mainstream; his stories too intimate and impactful for the widest ear; his characters and morals too bold to be blasted out during the afternoon drive for the tired masses rushing home. Instead, Slaid Cleaves is looking for those patient listeners who are willing to turn off their phones, pack a tavern on a Wednesday night, and put their trust in wherever a song may take them. 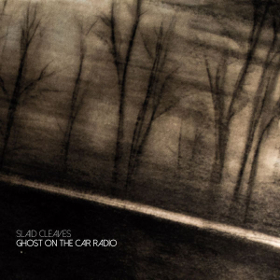 In the case of Cleaves’ latest album Ghost on the Car Radio, the songs take them down a mournful road bemoaning the shifting world that seems bound and determined to leave the old of soul behind. It’s a little bit of nostalgia, but more of an epitaph for an era when neighbors knew neighbors, family businesses spanned generations, and the world seem well-ordered to a set of priorities that put people first. Ghost on the Car Radio is about folks landlocked from an eternally local perspective, and all they have left is reflecting on the the past, and perhaps some good old country songs to get them through the rest of a life where all dreaming has been exhausted, and the inevitable inches nearer every day.

Yet Cleaves uses the perspective of world-wearied small town locals not as a wet blanket on the spirit, but as a way to uplift their existence, to canonize and commemorate their incredible perseverance to not acquiesce to the outside world, and to be content with who they are, even as everything they care about crumbles around them like Rome falling.

When you lose those links to your lineage imparted by your hometown, you lose bits of yourself. Whether it’s an old classic car your father owned rusting in the driveway, the old historic building on Main St. razed for the new superstore, or the groves of trees just outside of town that is bulldozed to put in yet another cookie cutter subdivision, we don’t just lose our favorite things in the cold march of time and progress, we lose the favorite things about ourselves.

Slaid Cleaves does take some time on Ghost on the Car Radio for gratefulness, like the sweet “You’re So Good To Me,” and in the reflective moral of “To Be Held.” A country critic would be remiss to not express gratitude for the tune “The Old Guard” about enjoying old country songs. But it’s songs like “Primer Gray,” “Hickory,” and “Take Home Pay” that define this project as one laced with sour feelings about the brutish toll modernity takes. By the final song “Junkyard”—where Cleaves is comparing the breakdown of the human body to that of an old automobile—the dire parallels are at their most palpable, laid right out there for the listener to ponder the inevitability of life that we all eventually become obsolete, and are left behind to rust.

The assessment of life by Slaid Cleaves via Ghost on the Car Radio is a grim one, especially for the characters and the corners of the earth he carefully creates in the mind’s eye with incredible insight and poetry. But through his attention, he imparts to these people and places a special reverence. Because as long as someone is still singing about them, and others are willing to listen, they are never lost.

Purchase Ghost on the Car Radio from Slaid Cleaves

Purchase Ghost on the Radio from Amazon