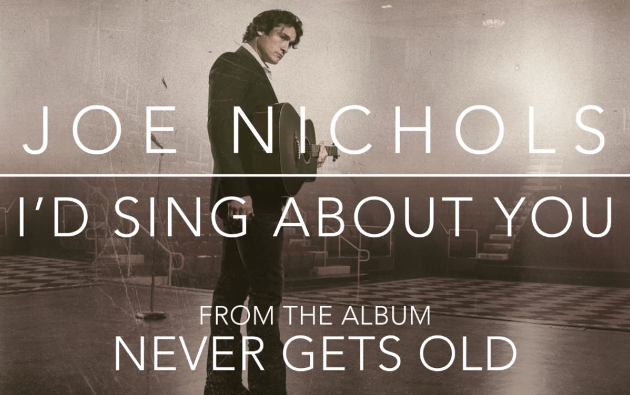 Joe Nichols has been saying all of the right things ahead of the release of his new album Never Gets Old on July 28th, but as we’ve learned the hard way over the years, talk is cheap when it comes to major label artists and the promises they make ahead of the actual music. Even Sam Hunt talked a good talk before releasing his recent singles, and we all know how that turned out. Whether it’s all marketing or the artists just get whittled down by the business, you just can’t buy into anything they say, even Joe Nichols.

There was a time when artists like Josh Turner, Gary Allan, and Joe Nichols were like the firewall against all the pop influences impinging on country music. This was before Bro-Country though. In fact none of these artists released proper albums through the heart of the Bro-Country era—their careers were basically paused by their labels. Josh Turner’s Deep South finally released in March is decent, but a mixed bag. After the Metro-Bro experiment went awry with Gary Allan, he was also put on pause, and is now struggling to find any traction whatsoever with the Shane McAnally-produced single “Mess Me Up.”

So who gave any faith Joe Nichols would deliver on his new one with Broken Bow, whose biggest artist is Jason Aldean? Especially after Joe revealed a while back that the album would include a cover of “Baby Got Back”? Joe could say whatever he wanted about getting back to his roots or what have you, but the proof would be in the pudding. There are still plenty of country fans who still won’t forgive Nichols for “Yeah,” let alone whatever else he may have coming down the pike. The title track revealed from his new album a couple of weeks ago was fine, but rendered the judgement on the new direction of Joe Nichols still inconclusive.

Then comes “I’d Sing About You,” and it just might be everything you could want from Joe Nichols, or more. No compromises, and incredibly country, it’s what made so many country fans fall in love with the Arkansas native, including Merle Haggard, when he was releasing songs like “Brokenheartsville” early in his career.

“I’d Sing About You” is all steel guitar and fiddle set to a country shuffle to move your boots across the dance floor. And though the premise is a little silly, and maybe even a little list-like in its approach, it’s also very sweet and witty in that warm, folksy manner that you want from a good country song. Most importantly, “I’d Sing About You” fits within the parameters for the kind of country music you want from an artist like Joe Nichols. It’s honest, straightforward, and authentic. It’s country music.

The problem with chasing trends is that it rarely to never works for these older guys. Tim McGraw didn’t have nearly the success with “Truck Yeah” as he had with “Humble and Kind.” Gary Allan’s getting buried trying to keep up with the younger crowd. It’s better if these aging country artist just be themselves and let the cards fall where they may when it comes to being on the right or wrong side of certain trends. Better to have the spotlight shine on your back when you walk away with dignity than to have it shining down on you when you fall flat on your face. That’s what Joe Nichols did with “I’d Sing About You,” and who knows, if mainstream country is on an upward trend as some are talking about, perhaps Joe Nichols can be a part of it.

Stop chasing trends and start trying to make your own that point mainstream country in the right direction. That’s what Joe Nichols tries to do with “I’d Sing About You.”