Album Review – Hayes Carll’s “What It Is” 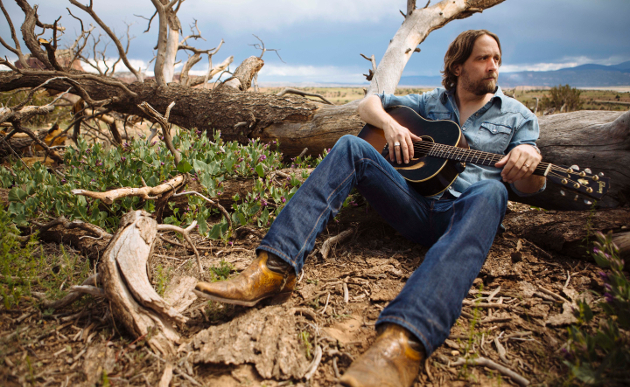 The best ones never soldier forward with some master plan that unfolds flawlessly. They’re more a beautiful mess, drawing you in with strokes of brilliance peeking out through the seesawing attacks of manic depressiveness, wild romantic romps, breakups, binges, until you see that despite their creative brilliance and magnetism, these music stars we adulate so much are just as flawed and fragile as the rest of us, not dulling the luster, but making them more real.

The best don’t sing and write songs because they want to. They do it because they have to. They hate music, and love it all the same. They feel the need to pursue fame, but hate all the attention. They want their music to be heard by as many as possible, but revile having to make money from it.

It was that tortured soul aspect that made it hard to not pay attention to Hayes Carll early in his career. The way his songs swerved back and forth was like watching a drunk stumbling towards the bar exit more aiming than walking made it hard to look away just from the curiosity if it would all crash and burn. There was a little bit of danger, and a lot of entertainment value for both mirth and mind in watching Hayes Carll evoke characters perfectly willing to make spectacles of themselves in songs that appealed to both country and rock sensibilities.

At one point Hayes Carll was considered the next Townes Van Zandt in Texas and beyond. These days some refer to promising young performers as the next Hayes Carll. That’s because Carll’s early catalog has held up so stoutly, and he’s proven longevity and earned peer respect in a life pursuit that chews up and spits most out. Carll’s 2008 album Trouble in Mind continues to remain the record to beat for many singer/songwriters in the modern era. Selections from 2005’s Little Rock are still considered the top favorites of many of Hayes Carll’s most dedicated fans. 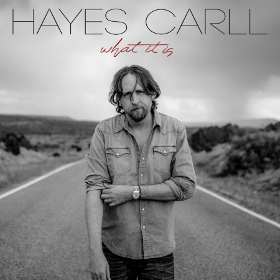 But parts of 2011’s KMAG YOYO felt like Hayes Carll doing an impersonation of himself, embellishing the intoxicated nature of his vocals, and miming the manic mood swings as opposed to reliving them in song. Success is sometimes the worst consequence for a truly tortured soul. The aftermath of KMAG YOYO led to an extended five-year hiatus between projects as Carll raised a kid, his label Lost Highway Records dissolved, and eventually he entered into a relationship with fellow songwriter (and Steve Earle ex) Allison Moorer.

After years of speculation and promises of a new record, Hayes Carll finally emerged in 2016 with Lovers and Leavers, which resulted in critical acclaim, including a Grammy nomination for Best Country Song for “Chances Are.” But this was a different Hayes Carll than we knew before; a more sedated and thoughtful version. The songs were quiet and nuanced. They were still great, but maybe not for everyone, or at least not for those who’d grown to love the messy, whiskey-nosed version of the Houston native.

Carll’s new album What It Is marks a bit of a return of the old Hayes—the one that’s just enough unhinged to kiss a guardrail with a bumper on the ride home, but still salient enough to pen cutting insight into life, and luck into poetic flourishes that make you envy his wit. It’s a louder affair than his last one, sauntering through some dancehall stompers and folk rock episodes, but still able to convey a song, mood, and lyric thoughtfully when called upon. Carll even allows some string embellishments into the affair to let you know he’s indeed matured, but not too far away from the Hays Carll you love. He remains a contemporary of Americana, but with his own bit of Texas kick born on steel guitar and fiddle in certain songs.

Finishing lyrical phrases just behind the beat, and putting fiery wit into hard-charging verses make the songs “If I May Be So Bold” and “Beautiful Thing” both reminders of the older Hayes era, and entertainment pillars for this new effort. It’s probably a stretch to characterize this as a political record, but Hayes isn’t afraid to address the unsettled nature of the American mindset, as is his job as a songwriter, and this comes in the form of one of the record’s more moody tracks, “Fragile Men,” and the weirdly offbeat and entertaining “Wild Pointy Finger.” But unlike some of Carll’s contemporaries, he’s not challenged at employing nuance to get his commentary across, creating a more captivating listen compared to simple gripe sessions set to music.

What It Is begins and ends with songs that feel very personal to Carll, and to his relationship with Allison Moorer. His willingness to admit little flaws and to express his commitment and vulnerability make for compelling tracks, and perhaps something the younger Hayes Carll wasn’t ready for. This sort of underscores how What It Is delivers both the best of the old Hayes Carll, and the new Hayes Carll.

Listening to What It Is gives you the sense that Hayes Carll has come full circle. Like many of us, there’s been ups and downs, and we try to hold onto our younger selves as best we can as life’s circumstances work to shape and mold us in their own image. Hayes might be older and settled down, but the poetic marksman you fell for early on is still there, and still willing to get a little rowdy when the situation calls for it.

Purchase What It Is from Dualtone Records

Purchase What It Is from Amazon

Hayes Carll, Review, What It Is