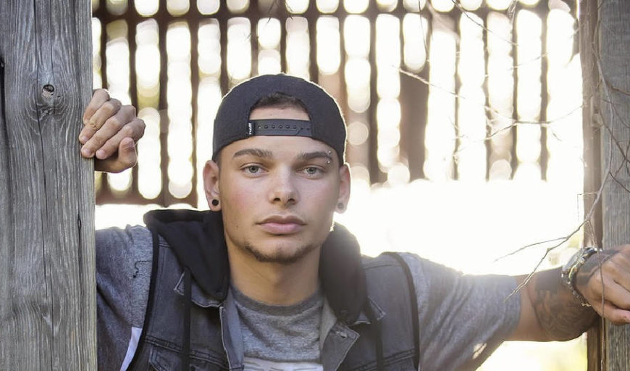 As sages of our time have pointed out before, the pull of nostalgia is actually an exercise in mourning the present. Nothing is ever as good as it was, or so it seems, even though history would seem to quash that theory rather quickly. In our hearts though, the moments of yesterday tend to remain more meaningful and more magical in the warm glow of recollection than anything the efforts of today can conjure. The very first purveyors of country music understood this better than most, and weaved this into their music. They had it easier than we do today when it comes to looking to the past for more happiness than the present, because they came to prominence during The Depression.

The first country music wasn’t music of the present, but music steeped in preserving the sounds and stories of the past. It was nostalgia to begin with. That is why so many traditional country listeners fairly writhe at the sounds of electronic drums, synthesizers, and flawless vocal tracks sullying country influences, even if these music listeners otherwise wouldn’t mind the occasional pop or EDM song. Spoiling the comfort of nostalgia that is so warmly lit from memory by interjecting reminders of the present day into the experience is like a sacrilege.

This at its heart is the problem with Kane Brown’s self-titled debut album, and most all of his music. It tries to be all things to all people, an ultimately fails to be anything to anyone. You may have heard some of his music, or seen a photo of him in his backwards baseball cap and think immediately you’ve seen or heard enough. Or maybe it sounded or looked like Kane Brown was right down your alley if you’re into that kind of thing, but if you’re a pop country fan, there’s too many fuddy duddy moments to affix your fandom to him like you would Florida Georgia Line. Yet to to more traditional country listeners, this record is responsible for just as many offenses as the worst offerings of the Bro-Country era, even if one or two songs are attempts at ingratiating a new artist with an admittedly strong voice to an older crowd.

Kane Brown is an interesting case study in the current climate of popular country music to say the least. Spirited out of the shadows of obscurity as a viral star—yet the ways and means of this rising action questioned by a few—it has put him in a precarious position. He’s already seen a level of success in country music most artists could never dream of, but in the world of sold-out arena shows, Prevost buses, and catering backstage, good is not good enough. You have to be great, because your major label must get paid. You must have radio hits. Otherwise, there is no model to success.

And so far, those hits have yet to come for Kane Brown, while his mode of mixing country stylings with commercial hip-hop sensibilities seems to be a perfect recipe only if it was still 2013. There are so few spots at the top of the mainstream, and it still remains very much in the air if Kane Brown has the stuff to fill one of them when so much competition persists. Will he be the next Thomas Rhett and rise to the arena level, or the next Chase Rice and be relegated to the dustbin of country music history? 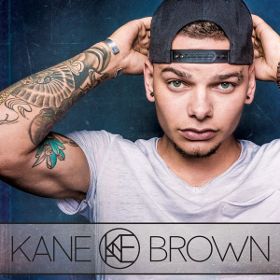 Some are questioning if it’s Kane Brown’s skin color that is partially keeping him back on country radio—a convenient excuse especially in the currently politically charged environment—and a way to get people to overlook the fact that the numbers have felt fudged with this kid from the beginning. Maybe radio just doesn’t trust him, and maybe it never will, especially if he can’t muster a Top 10 hit in six tries during an era when most any mainstream male should be able to accomplish this feat many times over by now. There’s too many other options for country radio to be handing out second chances to anyone, while the Chris Stapleton/Kacey Musgraves non-radio option seems out of the question for an artist like Kane.

This self-titled debut album is all over the place. “Ain’t No Stopping Us Now” inexplicably sounds more like Florida Georgia Line than Florida Georgia Line does. “Thunder in the Rain” and “Comeback” evoke the worst of modern day country that tries to pass itself off as adult contemporary. “Learning” and “Hometown” are just plain wrong in how they attempt to ingratiate themselves to the country crowd by hackneyed and ultimately failed efforts at personalization. “Learning” shares too much, and in too direct language to feel anything but inappropriate, and like so many moments on this record, replaces melody with monotone recitations that are just plain boring if not acrid to behold, while the countryisms of the songs never delve farther than shallow tokenistic blurbs about tractors and old men.

“Cold Spot” and “Grandaddy’s Chair” are the exceptions, and in these songs Kane Brown shows that he could be a kind of neotraditional songwriter type backed by a deep and character-filled voice if he wanted to. You can have the sweetest scoop of ice cream though, and if it’s buried beneath a yard of manure, you won’t go digging for it.

The chorus of “Rockstars” is where Kane Brown finally finds a decent melody, and even with the cliche theme, the song still kind of works as a guilty pleasure, making for a decent summer driving song. But for every victory on this record, there are a handful of defeats, like the incredibly objectifying, even if lyrically-clever “Pull It Off,” which exemplifies Bro-Country era downgrading of the female experience as good or better than any.

We’re sold that Kane Brown is supposed to blow us away with his unexpected voice, especially from a package that appears so urbanized, but his debut LP never gives you the opportunity to notice anything about his voice except how overly processed it is, how rigid the notes are with no effort at twang, and how the lack of melody drains any emotional connection out of the lyrics.

Ultimately it’s not the voice, but the image that has earned Kane Brown whatever following he’s cobbled together. He’s got the whole bad boy thing going for him, where your 14-year-old thinks he looks just dangerous enough for you to disapprove of. And oh he sings too, so he’s the perfect male sexpot for bored suburban youth. Beyond that, it’s a mess of disparate influences laid on top of each other like non conforming puzzle pieces comprising and imperfect and frankly confusing picture.

It’s hard to blame the kid personally. It appears his handlers saw the next Bro-Country star, recognized the slow implosion of that sphere, tried to transition him to something more traditional since he can sing a George Strait song, and ended up with a mishmash. The album has sold okay upon release because Kane has put together a moderate grassroots following of young girls, but that’s about as far as it goes.

Country music right now is in a soul searching mode. Will it continue its reliance on the old and ultimately fatal habit of radio, or heed the wisdom from the success of Chris Stapleton, Sturgill Simpson, and others, and seize a new era where commercial success and critical acclaim are not entirely divested from one another? Kane Brown may survive either way, but he’ll only succeed if he hones in on what makes him unique instead of being only half of what most everyone wants of him.