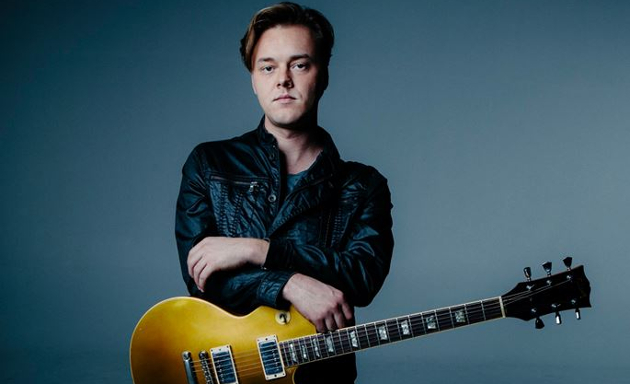 I was perfectly prepared to hate this record, and it was specifically Parker Millsap’s fault. “For me, this record is about trying to write pop songs,” Millsap said about Other Arrangements when he first announced it in February. “This record is where I learned that I’m allowed to change, and that people expect it and it’s good. I wanted this one to be different from the last; I realized while making it that I didn’t have to do the sad, folky thing with Jesus lyrics and acoustic guitar.”

Just great. Another promising kid from the Midwest, who like so many of the east Nashville hipsters these days, shows up wearing Ray Ban Wayfarers and a ribbon tie, telling everyone they want to be authentic country, only to turn around a couple of albums later to go indie rock, inviting horn sections into recording sessions for not good reason aside from self-indulgence, and saying that country sucks. This is the achingly predictable arc we have seen from so many Millennial-aged “roots” artists, and it has left many country fans speculative to downright heartbroken from the sheer frequency of getting burned for their loyal fandom.

But going pop is not exactly what’s going on in Other Arrangements, despite what Parker says, or may think. Perhaps in the way Small Faces and The Rolling Stones were pop in their heroin days, Parker Millsap is pop here. But Parker has always been more blues than anything else, and that remains the case here. He’s a poster boy for the necessity to have a musical designation called “Americana,” where you move fleetly between roots-inspired influences like blues, country, and bluegrass without boundary. This album isn’t another one of these instances where a whiny and entitled artist feels so creatively hemmed by the confines of genre that they rebel almost purposely to break people’s hearts as a piece of performance art. Other Arrangements is Parker Millsap exorcising demons, and going more electric to do it to give it a growl that otherwise would not be attained.

It doesn’t matter if you’re playing your music with an acoustic or electric guitar. Are you testifying? Is it washed in the blood? Are you conveying your true emotions in all their ugliness? If the answer is “yes,” then it’s still roots, and righteous. And Other Arrangements is downright righteous, whatever you want to call it. It might be Parker Millsap’s most righteous work yet.

Despite his unimposing build and pale skin, Parker Millsap has the soul of a Staples Sister. If you don’t believe that, just listen to him unleash in the higher register where his singing turns to wails and downright screams and there’s nothing lost between the sentiment conveyed and the emotion that inspired it. Parker Millsap is fearless in both what he’s willing to say, and how he’s willing to say it, succumbing to the passion of a moment instead of the self-doubt that gives you pause and reluctance to go all the way. Don’t let the dapper image fool you, Parker Millsap is a madman. 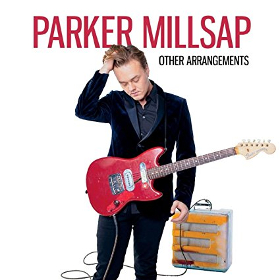 Though his song “Truck Stop Gospel” was an auspicious introduction off his 2014 self-titled record, Parker Millsap was still very much a pup at the time. Perhaps it all happened too early for him, and he had yet to find his footing, or true voice. He morphed into the the blues howler that is the true character of his soul on 2016’s The Very Last Day. Now here on Other Arrangements, he takes it even to another level. If you think Parker Millsap is a known quantity maybe after you breezed through his first record, you’re taking him for granted. He’s one of the most dynamic performers out there right now—Stapleton level as far as passion and delivery, but not as pretty, in a good way.

The songs of Other Arrangements are short, catchy, and often, but not always electric. Parker makes his point and then gets out, usually with a gut punch of a tight ending beat from one of the best backing bands in roots music. He’s still carrying a fiddle player around with him, and I haven’t seen many pop bands do that. This music is pop because it’s short perhaps, but it’s rootsy and wild because it’s Parker.

The concern as a Parker Millsap fan would not be what to call Other Arrangements or if he’s straying too far from his roots. What is lost is some of the beauty and nuance in the songwriting. There still is some of that, and overall Other Arrangements renders itself endearing by the sheer variety of textures Millsap touches—from country and blues, to singer/songwriter stuff, and yes, a sort of ballsy, pre-punk, roaring mod sound on select tracks indicative of early pop. But if you’re looking for those deep evocations, or the forcefulness of message like he showed in the much praised song “Heaven Sent” from his last record, you might be let down. There’s still plenty of great songwriting here, but it’s more clever than touching—perhaps some of that sensibility Parker is alluding to when he chooses the term “pop.”

What confuses so many in the whole, “what is country, and what isn’t” debate is that it’s rarely about hating other forms of music that aren’t country. It’s about being honest about what a certain piece of music is. There’s nothing wrong with music that’s not country. What wrong is calling those other forms of music country. If you want to read a nonfiction book about Britain during World War 2, you don’t want to be led to a children’s book about a pink bunny, or a picture book of hardcore erotica. No offense to hardcore erotica or pink bunnies, but that’s not what you’re looking for. Genre is the Dewey Decimal system of music.

Parker Millsap is calling Other Arrangements pop because he has too much respect for country, blues, and roots to not be honest about how this record explores other influences. But we’re all music fans first, and then our tastes and loyalties break down genre lines. It’s not just about artist turning their backs on roots music or their fans when they decide to stray from their original genre, it’s often about them turning their backs on themselves and what they do best. What Parker does best is straddle the lines between most all of the major Americana influences, of which mod rock is one. Any genre should be happy to claim Other Arrangements, because regardless of what you call it, it’s just damn good.

Purchase Other Arrangements from Parker Millsap

Purchase Other Arrangements from Amazon