If there’s any hope for the future of mainstream country music, it lies in songwriters like Lori McKenna. Whenever you see a quality song from a major label country artist, it’s uncanny how often Lori McKenna’s name comes up in the songwriting credits. That was the case for Tim McGraw’s award-winning version of “Humble and Kind,” and dozens of other McKenna-penned tracks, including tracks she’s written with her cadre of fellow composers Hillary Lindsey and Liz Rose, also known as The Love Junkies.

True country fans know that if you want to find the best music, you have to go straight to the source. Lori McKenna’s 2016 album The Bird and the Rifle produced by Dave Cobb was one of the best that year. McKenna offered her own version of “Humble and Kind” right beside other top selections from her catalog. Now she is preparing another solo release with Dave Cobb at the helm once again. Called The Tree, it will be released on July 20th via Thirty Tigers.

Married with five children, don’t expect McKenna to delve into the current country trend of obsessing over the young club life. That’s the distinct difference in a Lori McKenna song. “I love people’s stories about their families—the way they tic and the ways we’re all crazy and love each other,” she says. “I hope my songs shine a little light on that for a second. Maybe our stories remind us of our families and what they give us. It’s beautiful, and sometimes we take it for granted.” 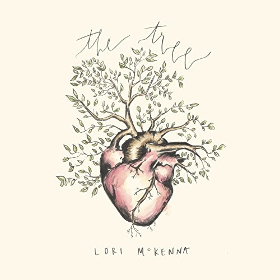 The Tree will feature 11 songs, and include appearances by Anderson East on guitar, and background vocals from Kristen Rogers, Natalie Hemby and Hillary Lindsey. Lori will also embark on “The Way Back Home Tour” this summer. Hear one of the tracks from the album “People Get Old” below. The Tree is now available for pre-order.