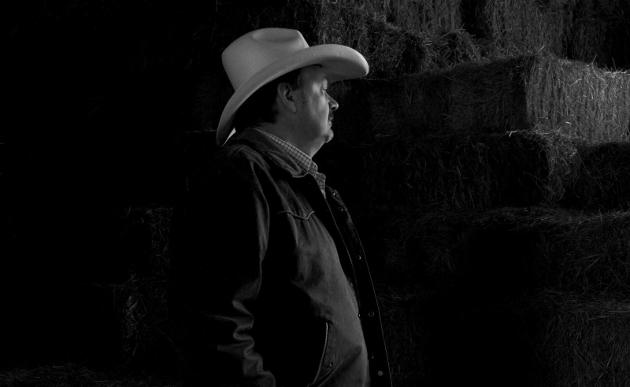 If you enjoy the 80’s era of traditional country from artists like George Strait, Randy Travis, and Moe Bandy, then Richard Lynch will be right down your alley. Traditional country, but told from a more modern perspective, and with hints of more classic-era influences and even a little bit of Outlaw, Richard Lynch is like a blast from the past for those old soul country fans, but with a strange newness only possible from an artist you’ve just discovered.

Listening to any classic country is always an exercise in nostalgia, but the music of Richard Lynch makes for a more unique experience. Even though he’s an older artist who’s been playing music for some 30 years, Lynch didn’t make his recording debut until 2013. Working as a farmer and a barn builder most of his life, music wasn’t always on the front burner, even if the passion burned inside. But since he’s earned the time to delve deeper into his passion for music, he’s been able to put together a late-age career, and built a following from quality songs and recordings, and from the authenticity of his music since the stories come from his real life.

Quality and authenticity is certainly indicative of his latest record Mending Fences, which is like listening to one of your favorite records from an artist you first discovered some 30 years ago, but it’s all happening right here, right now. When you go to see your favorite older artist or pick up their latest CD, a lot of the enthusiasm you have for them is built from what they’ve done in the past. Not to knock their current efforts, but Richard Lynch is just now getting the opportunity to put the songs out there that will define his musical legacy, like Strait and and Travis did back in earlier eras. 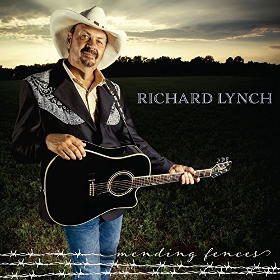 Richard Lynch resides in the country music world you might see featured on RFD-TV. This is classic, wholesome, values-based traditional country, not your young hipster throwback retro stuff focused more on style than substance. Richard writes and sings songs from his own perspective as a rural dweller from Waynesville, Ohio. The quality of both the songs and the recordings is shockingly good. Songs like “Mending Fences” and “In Over My Heart” remind you of a much simpler time and perspective. It’s like a warm breeze and fishing out on a lake, and the music carries not just quality efforts in the songwriting, but a moral and message missing from most modern country.

That doesn’t mean Richard Lynch can’t deliver a little energy and passion when he decides to. Mending Fences opens with the enthusiastic “Daddy’s Words”—illustrating great country instrumentation right out of the chute, and underlining a message that used to be the hallmark of quality country. Though country protest songs can get a little tedious, Lynch shows he’s not just willing to lead by example, but call em’ like he see’s ’em with the outspoken “Country Music Isn’t Country Anymore.” Another standout track is “Back In Love Again,” which is a duet with the current Queen of Bluegrass, Rhonda Vincent, showing the respect Lynch has earned from his peers, as well as the lengths gone through to make sure Mending Fences is a quality, high-production effort.

Richard Lynch is true to himself, and true to the era and perspective that his music comes from. But it’s not unfair to say that some will hear this music as fuddy-duddy, outmoded, or lacking a certain edge that they may prefer from their country, even from the more traditional side. This is Cracker Barrel, front porch-sitting, jar of tea and a square of cornbread stuff. For modern “country” fans, it’s grandpa’s music. Even for some younger fans of older country, it might be a little too tame. And it might not be gentrified enough for the Americana lot.

But for those looking for that smooth, simple style of country that has seems to have been lost in time—just like it feels they have been—they will find a lot of favor with Richard Lynch and Mending Fences.