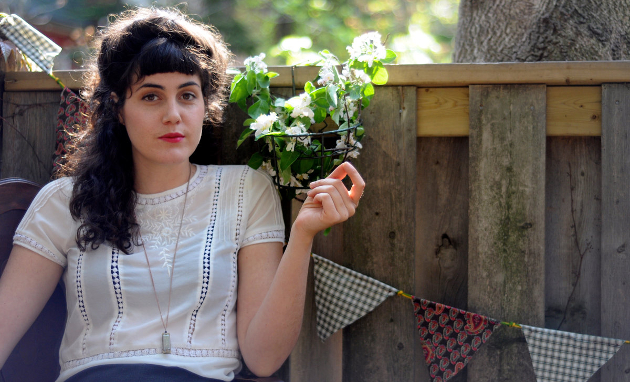 Due to the misguided priorities of popular culture, instead of the best and the brightest of a given discipline being placed on a pedestal for all of us to enjoy, you so often have to doggedly sift through the modern-day rubbish to find the best options when it comes to quality country music to quench your hunger for twang and harmony.

And like hunting for Morels, or a rare bird species, or some sought-after antiquity, knowing the where and when you are most likely to happen upon a new treasure is key. More often than not, when scouring for the next great undiscovered country music marvel, the regions of Canada—whose vastness mirrors that of the American Midwest, whose peaks surpass those of Appalachia’s Smokey’s, and whose rural regions outweigh the United States in geographic area—is always fertile hunting grounds for your next favorite artist.

Canada’s kinship to good ol’ country music is far beyond just a close and passionate emulation inspired by proximity, it’s an important part of country music’s makeup, especially when it comes to authentic artists in the modern era. From Corb Lund, to Colter Wall, to Lindi Ortega and countless others, Canada continues to to be not just participatory, but critical to the effort to save country music.

Sarah Jane Scouten, from British Columbia’s Bowen Island, was born into a household where she was exposed to the music of Hank Williams and Canadian folk singers such as Stan Rogers from an early age, and those influences have gone on to infer her strong roots-based style that has been recognized in independent country and folks circles alike in Western Canada for a few years now. 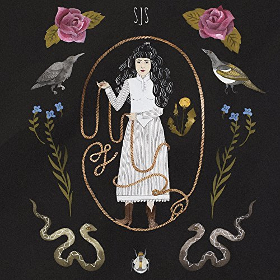 Her songwriting is stark, often reminiscing back to the frontier era with its more primitive narratives, and often intertwined with the brambles and underbrush of North American natural history in the way that nature’s bounty, wonder, and cruelty offer such seductive illustrations for the emotions and moments inherent in the human experience, underscored by the title of this new album, When The Bloom Falls from The Rose.

Comprised of 10 original tracks and two older offerings, Sarah Jane Scouten’s primary expression is one of rural hardship and appreciation of nature. She takes an old 60’s folk song about the perils of an old mineral town called “Britannia Mine” and makes it her own, as does she with the traditional tune, “Where The Ghost River Flows.” And when she adds in her original songs like “Rosehips For Scurvy,” or the slow and traditionally-styled “Acre of Shells,” the transition is nearly seamless in style and approach.

Yet what really makes this record bloom is the diversity Sarah Jane Scouten and producer Andre Wahl pursue in bringing these songs to life. Though When The Bloom is very much a throwback country folk record, the title track has a bit of a contemporary feel to it, finding a sensible melody, a fetching pace, and fertile ground from which to highlight Scouten’s strong vocal performances. At times there’s some progressive, early alt-country production approach to songs, similar to Emmylou Harris’s Wrecking Ball in the way they take vintage themes and make them reverberate with more ambient textures.

Sarah Jane even shows a little firecracker streak when a Ravenesque rockabilly alter ego comes racing out like the roar of an old hot rod spewing flames of attitude and moxie, giving Scouten an extra flair and her music an attitude your average Canadian folk singer usually doesn’t evidence, while still staying well within the vintage borders of the style Sarah Jane has established for herself. It’s about showing off a fun, playful side. “Bang Bang” may ultimately be the song to garner her the most attention from this record, while the swinging oldtime and upbeat “Coupe De Ville Rag” adds yet another era Scouten represents.

When The Bloom Falls from The Rose doesn’t represent just one, but many reasons why music styles from the past can hold just as much sway on the modern heart in the present tense, whether the themes are the plight of rural people and workers, nursing a broken heart, or trying to find that one person or thing that gives you meaning and speaks to your sensibilities in a world listing in a sea of sameness.

Review, Sarah Jane Scouten, When The Bloom Falls From The Rose