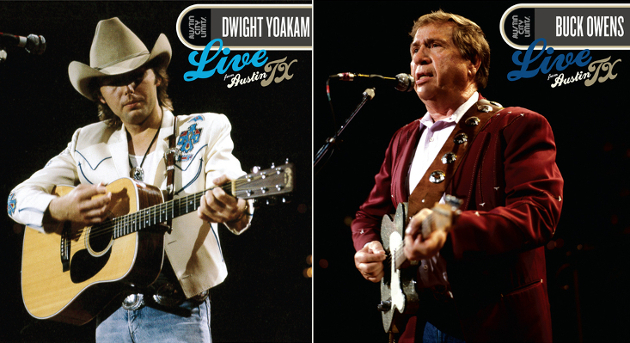 On October 23, 1988, Austin City Limits went Bakersfield for one legendary night when an upcoming hot shot California country throwback traditionalist with jellyspine hips named Dwight Yoakam took the stage, and so did the man that he saw as his primary influence, the legendary Buck Owens. Two legendary tapings of the iconic music show occurred that night, and for the first time dedicated fans of the two West Coast country legends will get to see the tapings in their entirety, and own both sets of the now classic live recordings on vinyl.

Dwight Yoakam, Live from Austin, TX, and Buck Owens, Live From Austin, TX will both be issued on August 11th in 180 gram vinyl pressed from remastered original source files, as well as in CD/DVD combos remixed and remastered in 5.1 surround sound, including never-before-heard-or-seen songs from the tapings. The night was also made that much more special when Dwight Yoakam guested on Buck Owens’ performance of  “Under Your Spell Again,” and Buck and Flaco Jiménez guested on Dwight’s performance of “Streets of Bakersfield.”

“Twenty-something Dwight Yoakam was literally the new kid in country music when he stepped onto the ‘Austin City Limits’ stage in October 1988,” says ACL founder and producer Terry Lickona. “But even then, as he has ever since, he was doing things his own way … When Dwight was playing a fair in Bakersfield, he stopped by Buck’s office and coaxed him into playing a few songs with him onstage that night. The result was a lasting friendship and their historic duet, ‘Streets of Bakersfield.’”

Both albums are being issued through New West Records. The Dwight Yoakam album is a 2-disc, 3-sided LP collection, and the Buck Owens album is single disc, 2-sided LP. 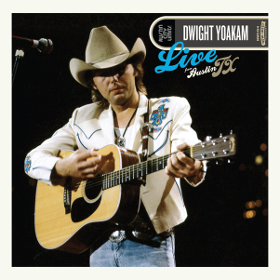 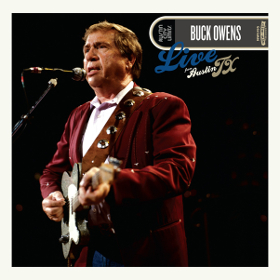