I know some were insulted when they rolled up to their beloved Saving Country Music and merely saw the title of this article, and those people can feel free to navigate to the comments section and voice their displeasure. But the simple fact is that Taylor Swift’s Speak Now is already the biggest album in all of music in the last five years, and on its way to being the biggest in a decade whose album sales overall look like an inversion of The Price Is Right’s mountain climber game. And since Taylor flies the “country” flag, right or wrong, it is my duty to address it. 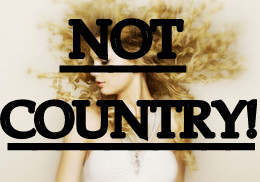 The first thing you need to know about this album is that it is not country, period. This is not an opinion. There’s no need to spurn a debate about what the term “country” means or not. This is fact. Only one song on the entire album can be construed as country, and that can only be construed as being pop country. There’s not even the buried mandolin, banjo, or steel guitar tracks; not even an attempt to cover up the fact that this is straightforward pop rock.

And for this infraction, which is the mother of all infractions, it deserves two guns down, 0 of 5 stars, and disqualification for even being considered as a legitimate work for review. If you had a restaurant serving the greatest Italian food ever known to man, but your sign out front said “Chinese,” with Chinese names for the entrees that were truly Italian fare, the Chinese food critic would walk into the restaurant, don a confused look, and fail your ass.

But since that conclusion leaves this review a little thin, I will try and rally by donning the “pop critic” cap, and give this album my HONEST opinion based solely on its merit as music, regardless of genre. Some may see this as a heroic waste of time, but the simple fact is Taylor Swift is the biggest threat to the stultification of the term “country” that has ever existed. She may have very little natural talent, but I caution labeling Taylor as pathetic nothingness. Her fame is not accidental, or a trick of smoke and mirrors, and to assert so is giving her an advantage of being underestimated, and her handlers no credit for being wickedly shrewd. However woefully mediocre or average at best she may be, she is above the Sugarlands and Jason Aldeans and Colt Fords of the world.

Speak Now starts off with three horrifically transparent pop songs with little redeeming value. Songwriters: Never, and I mean NEVER use the words “In the pouring rain” in a song like Taylor does in “Sparks Fly.” It was old in 1980, and is the quickest way to get someone with half a music brain to punch out and never return. The lilting “Back to December” sounds like something off the Never Ending Story soundtrack until the formulaic chorus kicks in that sounds like every other pop song, ever. And somebody tell me how with a six, maybe seven figure budget for this album they couldn’t figure out how to clean up Taylor’s vocal failings during the acrobatic line at the end of “Back to December’s” verses. Taylor is a weak singer. Don’t set her up to fail by forcing her to switch from falsetto and back so quickly.

The worst track of the album is the title track “Speak Now.” This is one of those songs that can drag a whole album down by exposing it’s inner workings. Taylor is touted as such a marvelous songwriter, but the theme of this song is tired and rehashed, the perspective and voice is so predictable, and even worse, it doesn’t fit Taylor’s style. All these things combine to illustrate an obvious stretch by industry-trained producers to draw up a hit, and make you wonder how much of the music on this album is actually Taylor, and how much of it is heavy-handed handlers working their magic based on marketing data. Taylor should be above being puppetmastered with a song like this, and the ridiculously scatterbrained changes in the melody are so transparently formulated for mass catchiness, that they are much more fit for a hip-hop diva who can actually sing them with style while wagging a finger in the air instead of trying with all her heart just to stay in tune. Dreadful.

After that the album does get better at times, and I dare say there are some songs that are actually bearable, if not presentable. The fourth song “Dear John” I may have to admit is even good. Clocking in at nearly 7 minutes, this is the song that brings some substance to this album, and even some soul. No, it’s nothing groundbreaking and at its heart is a cheesy pop love song, but unlike many of the other songs here, it works. The lyrics don’t make you feel stupid, and it does a great job at setting tension and buildup in the music. It also stays within Taylor’s very limited vocal range, unlike the horrible “Enchanted” which takes Taylor back and forth to uncomfortable places for her voice while re-introducing the lilting, “Never Ending Story” feel. 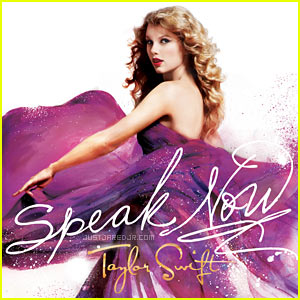 “The Story Of Us” could have been left off the album entirely, settling somewhere between Bon Jovi and just bad, and with all the pop tools used up in the other songs on this album, this track comes across as completely empty. But another up-tempo track “Better Than Revenge” is devilishly catchy, and though as rehashed and transparent as the rest of the album, I can see it inspiring millions of glitter-faced teens to grab their shampoo bottles like a microphones, cranking it to 10.

“Never Grow Up” is another decent one, and though I would disagree with the message and use it as evidence of why the human gestation period is now commonly reaching into the 3o’s, the song has some good originality, and Taylor gives this song substance by being unafraid to show a vulnerable side.

The way I feel about this album and about Taylor Swift in general, can be summed up in the way I feel about the song “Mean.” As a critic, and one who has been openly critical of Taylor in the past, this song is directed right at me. This is the one song that has any semblance of “country” feel. I like the idea behind this song, and if she had used it to admit her faults, and simplify the arguments against her by simply calling her critics “mean,” then it might have worked. But just like in so many of these songs, Taylor shows that she lacks substance and wisdom.

When I write critical articles about pop country figures, the fans regularly call me “mean” and “pathetic” and “jealous” etc. That is what inspired my sarcastic remarks on the About Page for this website. Instead of arguing the merits of the criticism, they descend into attacking me personally, and make wild-eyed assumptions that are never correct. A line from this song is “Someday I’ll be living in a big old city. And all your ever gonna be is mean.”

If I wanted to live in a big city Taylor, that is exactly where I would be.

In this line, and in this song, Taylor tries to create envy and resentment in her critics, instead of trying to resolve that human conflict by admitting her faults. She does admit that she “sees” her faults, but then calls anyone else that sees those faults “pathetic” for pointing them out. This song could have been so much more, her one chance to add something deep, a lasting lesson or bit of wisdom or understanding, and Taylor fails, again. We don’t criticize Taylor to be “mean,” we criticize Taylor because her success is an injustice to the truly talented musicians who are mired in obscurity who actually can sing, and impart fulfilling elements through their music.

Taylor Swift’s Speak Now is an exercise in lowered expectations.

This album does not give me the same pukey feeling I get when I hear Jason Aldean rapping or Sugarland doing a reggae breakdown, but that doesn’t make it good. Yes, Taylor Swift is a better role model than someone like Miley Cyrus, but don’t we want our role models to actually be good at what they do, instead of marginally effective with a tendency to fail?  Even during her performance on the 2010 CMA’s, Swift fans wanted to rub it in critic’s faces that Taylor sung on key, but Taylor didn’t at the beginning (see performance), and had the same problem with the ending of the verse of “Back to December” that I described above. And even if she had sung on key, now we’re putting her on a pedestal for accomplishing what should be the most mundane of tasks for a vocal performer?

We’ve lowered expectations in all of music, and throughout society to the point where we celebrate mediocrity. Even the cheesy pop singers of the past, even these American Idol products can sing. But Taylor can’t, and that is her ultimate failing, that cannot be explained away by anything else, or glossed over.

But don’t worry Swift fans, I have no doubt that her CMA snub this year was just a retooling for 2011 when she will sweep the awards again, and was likely orchestrated by her management that has been vocal about how they are worried about overexposure and want to ensure longevity with their product. And don’t think for a second anti-Swift people that Taylor is going anywhere. Taylor is the biggest thing in music in the last decade, which speaks a lot about who we are, and what we’ve become.