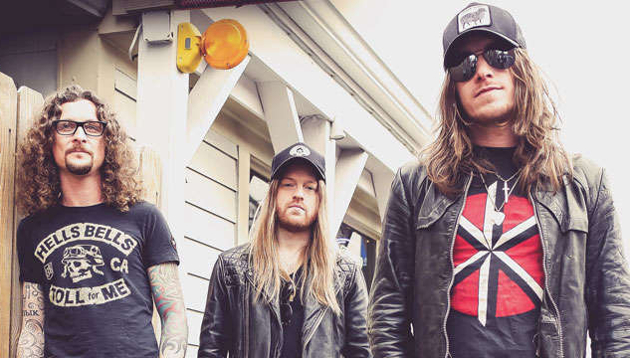 You may not know them personally, or maybe you do. Or maybe you even count yourself as one of them. But somewhere out there are swaths of country fans who swear off all that effeminate country crap from from folks like Sam Hunt and Luke Bryan, and swear they only like the real stuff. You know … like The Cadillac Three.

Granted, you won’t hear any drum loops or laser bursts in the latest songs from the trio, and instead they’re out there name dropping Sturgill Simpson and inviting Ray Wylie Hubbard to open shows for them. But when you really get down to listening to the music, it’s just as much self-affirming dudebro chest pounding schlock focused on consumerism and image as anything else you can pull up in the mainstream and beyond.

The first song off their new album called “Cadillacin'” finds Jaren Johnston, Neil Mason, and Kelby Ray blowing hot air about how super awesome they are. “It’s about style, it’s about cool. Long hair, trucker hats and country roots,” they puff, right before it devolves into downright Bro-Country lines about coolers full of beer and speakers going boom. The bravado gets turned up another notch in the next song, “Tennessee,” while the guitar tone turns more indicative of heavy metal than middle American roots.

“Get out the whiskey girl and put that black dress on,” it commands. “I’ve been missing on, kissing on you.” This is the song that later name drops Sturgill, which doesn’t make matters better, it makes them worse. Legacy, like so many mainstream country albums, is mostly focused on asserting a caricaturist country lifestyle by braying about how bad ass country people are. Jaren Johnston, who writes most of the material and is the lead singer, has been rendering his services to other pop country blowhards for the last few years, earning cuts with Keith Urban and Jake Owen, including such marks of shame as Jake Owen’s “Beachin’.” 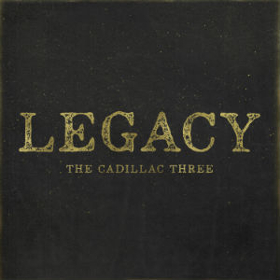 But if your point of comparison is other piss poor mainstream country songs, I guess it is fair to give at least some positive marks to The Cadillac Three and Legacy, including as you get deeper into the record. It really is pretty remarkable how just keeping the sound organic and relying on actual music made by humans can make a big difference and delineate a song or album from the rest of the mainstream country field. It speaks to how far country music has slipped, when it used to be the last bastion of people playing actual instruments in popular music. But this is the strange reality now, and why The Cadillac Three one up their mainstream competition.

And Jaren Johnston, despite whatever awfulness he’s signed been a party to as a songwriter, is savvy at understanding electric guitar grooves that growl the right way, and conjuring words and ideas that give songs a bit more of an emotional component and a cool factor compared to other mainstream stuff, even if the degrees of separation are subtle. “Hank & Jesus”—though based on an idea done a few hundred times—is hard to not resist. The Cadillac Three have an infectious style (just ask them), and though their braggadocios nature may be a turn off, it doesn’t mean they don’t have the licks to back it up.

One of the better songs is actually one of the more contemporary sounding, the evocative “American Slang.” Of course you have to suffer through the indolent “Dang If We Didn’t” to get there, which awakens all the idiocy of your early 20’s and tries to pass it off as some version of fond recollection. Lori McKenna’s participation on “Love Me Like Liquor” couldn’t revitalize this stale idea.

When you’re writing songs as a profession as opposed to waiting until you’re in the throes of inspiration, you tend to fall back on well worn themes and common tropes to satisfy output demands as opposed to capturing something unique and special. That is why Jaren Johnston is a proficient enough songwriter to be accepted by the mainstream, but falls dramatically short when put up against the stalwarts of independent country and Americana.

It’s fair to say that Legacy has its moments. Almost like a bad action movie, you may feel guilty about it, but damn if those explosions and fight scenes didn’t get your blood pumping. It sounds like a backhanded compliment, but Legacy does what it sets out to do, and it does it well. The problem is there’s just so much better in the same space from folks like Blackberry Smoke or Whiskey Myers, why bother with stuff that if you select the wrong track, it immediately reminds you why you hate mainstream country?