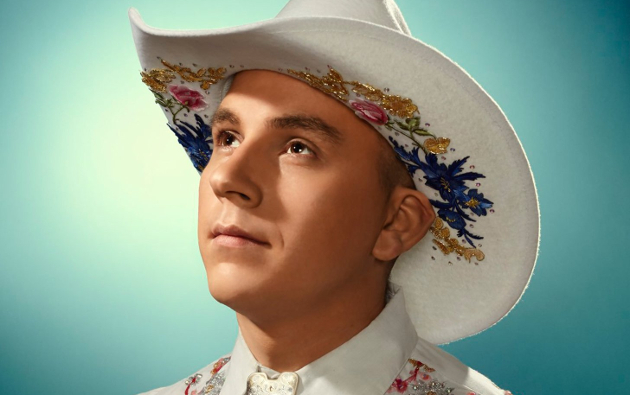 When Saving Country Music sunk its shoulders to the burdensome and daunting task of attempting to turn around the troublesome direction of the country music genre some ten years ago, nobody could have envisioned a moment where it was completely within the realm of this task—if not an essential function of its sworn duty—to shine the light on the music of a bona fide drag queen. And rest assured, Mr. Dusty Bumpkins out in Birmingham will be appalled that an organization that purports to be laboring at the effort to save country music would promote such a garish display of gayitude, and will swear off frequenting this information portal forevermore.

But that’s their loss, because the simple fact is that Trixie Mattel—who just won Ru Paul’s latest drag queen competition—has released a country record that is better and more country than 90% of what you’ll hear on mainstream country radio today, and frankly, whose songwriting may top comers from an even wider range of combatants. In fact Trixie Mattel has put out two records that probably deserve that recognition—the first being Two Birds released in 2017, and now One Stone.

Now don’t get me wrong, though this record is a valiant effort, very traditional in instrumentation, and quite superbly written, this will not be one of the top records for the entirety of 2018. But it’s still a really good one. And most importantly perhaps, it illustrates yet again how the sincere love of true country music and the passion to make it can exist just about anywhere and in anyone, especially since it has been forced into exile to find shelter in the rib cages of folks from all walks of life, and all countries of origin simply to survive in modern popular culture. And as a true country fan, it’s important to open your heart to all of it, because otherwise you’re putting an undue limitation on your musical journey, and are being unwelcoming of the country music spirit as it searches for shelter wherever it may be found. 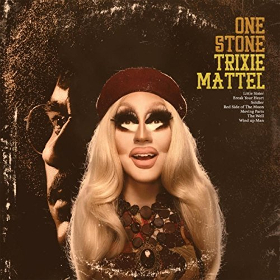 I can’t tell you anything about the world Trixie Mattel exists in. I would be lying if I said it wasn’t completely jarring to see the caking of eye makeup she dons to do the drag queen shtick, and not from classic homophobia, but from just a sheer distaste of image-driven anything, especially for shock value. One serious suggestion I would give to Trixie Mattel is that if she wants to be taken seriously in the country and folk realm, lose the drag queen getup in this context completely, and let the music speak for itself. Don’t take this as a bid to stamp out Trixie’s freedom of expression, but simply put, the audience of this music is limited by the polarizing aspect of the imagery. Instead, what better time to present yourself simply as a person, similarly to how the music and approach here is stripped down. Don’t give the closed-minded the opportunity to discredit the entire effort before a peep of music has even been heard.

The whole reason it’s an imperative that you at least give the music of Trixie Mattel a try is because it’s damn good. Except for the second song of the album “Break Your Heart”—which is burdened by ridiculous hand claps and of course was the the song selected as a “single”—One Stone is almost strictly a traditional folk country record, driven by fiddle, acoustic guitar, and twangy solos.

But it’s the songs that make One Stone remarkable. The songwriting is intelligent, clever, poetic, extremely well-crafted, universal in message, and remarkable to behold regardless of who it came from. If you completely eliminate the image and name from this music, fans of songwriting from all stripes would praise this effort to the rafters, just like they did when they first heard the voice and songs of Charley Pride without know who they were listening to.

This is not music that is meant for fans of cross-dressing drag queens. There’s no political messaging here. This music is strikingly universal, and not just respectful to the traditional country audience, it is meant for them, and meant to grow the appreciation for true country music in whomever listens.

And as strange as it might sound, there is an authenticity to Trixie Mattel’s music that many of today’s country performers just can’t emulate, because they’re just too well-adjusted. Trixie’s real name is Brian Firkus, and he was born in Milwaukee, Wisconsin where he was exposed to traditional country often from his grandfather, and found a sincere love for the music at an early age. Of Native American descent, Brian started playing guitar when he was 13, and wanted to be a musician before anything. Even through the drag queen pursuits and the comedy routine, a love for the music remained.

Being comfortable in your own skin when you don’t fit in, triumphing over adversity, feeling lost in lonely in a world that doesn’t understand you is something many true country fans and artists also face when they venture out into the modern world, and that’s what the songs of Trixie Mattel are all about, and served with a pretty incredible cunning use of the English language. And something else endearing about this effort is that it’s rabidly independent. Trixie Mattel is recording this material solely as a passion project, not caring if anyone wants to hear it, and releasing it without help. Yet it’s being received positively by a wide ear, and one that may not be patently familiar with country music.

Some will think Saving Country Music has finally lost its mind. Others will find formidable enjoyment and meaning in this music. But the most important lesson is that country music is for all. In this unusual time when so many people want to classify people in certain ways and pit them against each other, when individuality and even genre is under constant attack due to misguided ideas that sameness is somehow a window to diversity, it’s a drag queen of all people who proves why the purity of traditional country music is eternally relevant, universally resonant, and timeless in its appeal … if it’s only given a chance.