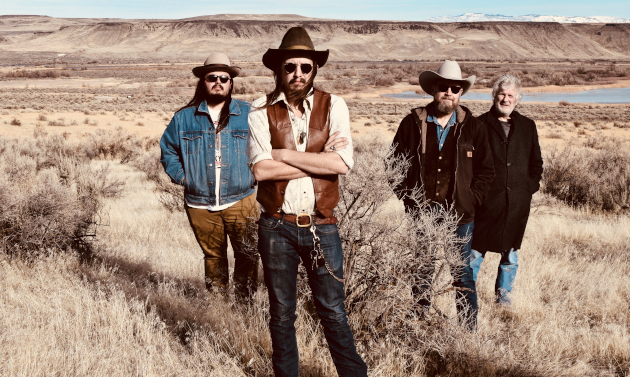 With a name like Tylor & The Train Robbers, you might expect you’re getting mixed up with some gritty, twangy, half time, hard-charging Outlaw country mess where you have to keep an eye on your wallet and might drink so much you’ll have to Uber home. Undoubtedly these guys have plenty of edge and grit to bring to their music when they want. But whatever your expectations are initially, a ride through Best of the Worst Kind reveals something that’s a lot more insightful, well-written, and inspired than whatever you’re likely anticipating at first. This is a record that impresses and endears itself more and more around every turn until it ends up being just about exactly what you hope to unearth when you go digging for a new favorite artist.

Based in Boise, Idaho, Tylor & the Train Robbers are helmed by Tylor Ketchum who is originally from Helix, Oregon. A songwriter first kind of performer, the sway of America’s Western landscapes weigh heavy on this record, as does the struggles and self-doubt of a young man trying to find his way in the world, and regularly running into roadblocks. Tylor’s loss is your gain though, as his well-spun stories unfold with advanced writing skills and nuggets of insightful wisdom without going lean on the entertainment value.

Talk of train robbery isn’t just for marketing purposes here. Tylor Ketchum is direct kin with Tom “Black Jack” Ketchum, who was a notorious train robber originally from Texas. In the late 1800’s, Black Jack settled in New Mexico and pulled off a number of high-profile heists before being caught and hung for his crimes. The centerpiece of Best of the Worst Kind is the 6-minute “Ballad of Black Jack Ketchum” that spins the tale of Tylor’s infamous ancestor as good as any. Tylor even released this new record on April 26th to coincide with Black Jack’s hanging day. Talk about setting a mood and presenting something personal, the lore of this record intrigues you before you even get to listening. 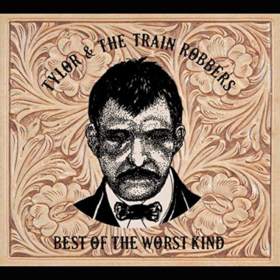 But as opposed to Outlaw country or some Western style of leathery cowboy music, the best way to describe the sound of Tylor & the Train Robbers would be a version of Texas or Red Dirt country. Initially this may not make a lot of sense coming from a bunch of Idaho boys. But those boned up on their Lone Star music lore know that the Braun Brothers of Reckless Kelly and Micky & the Motorcars are originally from the land of the russets as well, and annually hold their Braun Brothers Reunion in Idaho, resulting in an influx of talent and influence from the Texas and Oklahoma region every year.

That’s how Tylor & the Train Robbers have been allowed to share the stage with the likes of the Turnpike Troubadours, Reckless Kelly, Micky & the Motorcars, Corb Lund, and American Aquarium just to name a few, and those experiences have impressed upon them both the importance of writing a good song, and composing a fetching tune to deliver it with. In little moments during this record, you can almost hear bits of Evan Felker and BJ Barham, maybe a little Cody Canada and the mojo of Ray Wylie Hubbard, in a good way. Tylor Ketchum’s voice sounds both strangely familiar yet fresh, and he knows not just what to sing, but how to sing it. Best of the Worst Kind is an easy album to warm up to.

Telling stories is Tylor’s forte, from the real life conquests of Black Jack Ketchum, to relating his love for his favorite storyteller, his grandfather. Personal to Tylor but relatable to most, the writing of Best of the Worst Kind includes those supple one liners and dollops of wit that keep you engaged and entertained. What the guy does with a simple subject matter such as eggs on the song “Pave Your Way” proves his prowess with words is above average. Don’t expect a ton of steel guitar and fiddle here, but with the basic 4-piece band setup, a little added harmonica and percussion with some traditional instrumentation sprinkled in here and there, Tylor & the Train Robbers keep the music well grounded in the roots.

Joining Tylor on his musical heists is brother, bass player, and sibling harmony singer Jason Bushman, Johnny ‘Shoes’ Pisano on lead guitar, and Flip Perkins on drums. Together they comprise an important band for the upper Rockies and Pacific Northwest, playing Oregon’s Jackalope Jamboree in late June, The Wild Hare Country Fest near Portland in July, and the Braun Brothers Reunion in August, not to mention a full slate of shows to Texas and back this May.

Arguably Idaho’s best version of a songwriting first country folk band, Tylor & the Train Robbers give us something great to chew on with Best of the Worst Kind, and band whose output we’ll be looking forward to for years to come.

Purchase Best of the Worst Kind