Chris Stapleton Made a Surprise Appearance on Game of Thrones 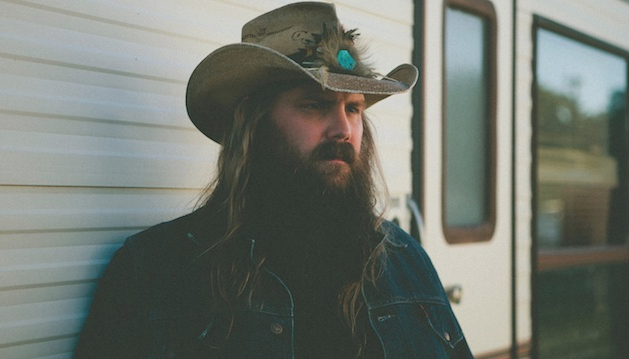 The smash HBO television series Game of Thrones is currently in the midst of its eighth and final season, and the 3rd episode that aired Sunday night (4-28) had a country music tie-in that you probably missed. The series is known for its musical cameos, which in the past have included Ed Sheeran, Gary Lightbody of Snow Patrol, heavy metal band Mastadon, members of Bastille, Coldplay drummer Will Champion, and others. Now country music’s Chris Stapleton has joined the clan of Game of Thrones musical cameos.

Confirmed by Chris Stapleton’s wife and fellow performer Morgane, and later by Stapleton himself (see below), the Grammy-winning Kentucky singer and songwriter showed up in Season 8, Episode 3 entitled “The Long Night” as a fallen Wildling that becomes a White Walker. His appearances was brief, and hard to make out in the dim light, but Morgane posted a photo and video of Stapleton and his signature bushy beard as he lay on his back on a burning battlefield, confirming the appearance. Sans the turquoise-adorned straw hat Stapleton consistently wears on stage, the girthy, long-haired red head makes just about the perfect character for Medieval fantasy.

Chris Stapleton is apparently a big fan of the show, and had his management reach out about making an appearance. Game of Thrones producers gladly accepted, and after giving Stapleton a quick run down on the movements of a White Walker, they threw him out on the set. Stapleton’s bass player and road manager J.T. Cure also made an appearance in the episode.

Given credit for igniting a roots resurgence in mainstream country after he shocked the world at the 2015 CMA Awards, Stapleton has become one of country music’s consistent album sellers and biggest concert draws. Earlier this year he relaunched his All-American Roadshow Tour, with dates extending into November, and featuring openers Margo Price, The Marcus King Band, Brothers Osborne, songwriter Kendell Marvel, and Brent Cobb.

Games of Thrones has become one of the biggest franchises in modern television history, pulling in over 10 million viewers for the first two episodes of its final season. Three more episodes remain before the series wraps.