Album Review – Wes Youssi and the County Champs’ “Down Low” 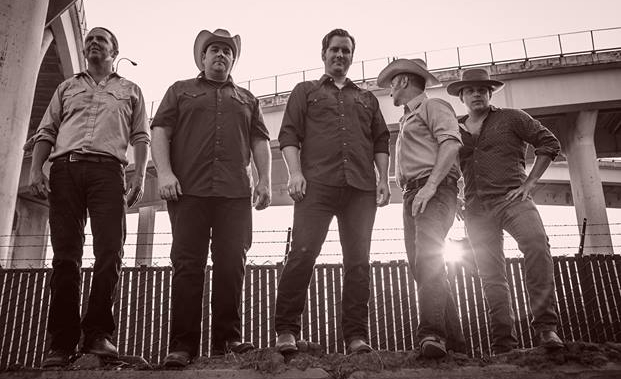 When it comes to the nature of country music these days, chances are you can waltz into your local bar and hear music that is much better than whatever is being played coast to coast on the radio, or selling out stadiums and arenas. That’s a sad commentary on the nature of the country music industry, but it also underscores what a blessed time it is at the local level where country music is still very much alive, and ripe for discovery as it pours out of local taverns. And now with the miracle of the internet, you can enjoy the opportunity to zoom into all those local bar scenes yourself, get a taste of that regional flavor, and revitalize your faith in country music.

Portland, OR may not come across as a hotbed for country music on the surface, but the locals know better. Insulated from the trends of the mainstream, or even from some of the poor decisions plaguing scenes in east Nashville or Texas, it’s all about the music in Portland’s country scene. Country music was carried there with migrant workers during the dust bowl and beyond, and hasn’t changed much over the years from its original form. There’s a reason Loretta Lynn, and even Willie Nelson for a short period found the Portland area inviting and nurturing for their country music aspirations.

Wes Youssi and the County Champs from Portland, OR regularly tour throughout the Pacific Northwest, playing their original songs and maybe some covers for folks who believe country music should sound like country music, like it did when it first found its way to the West Coast and resonated with the rural-dwelling, blue collar workers no different than it did with their Southern brethren. 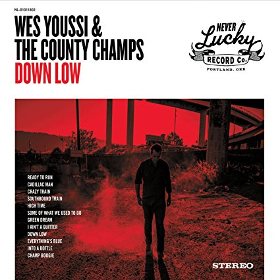 The sound of Wes Youssi and his new album Down Low is definitely a throwback, Golden Age, old-soul style of country, indicative of Hank Williams, Earnest Tubb, Jim Reeves, and early George Jones, even if a few of the themes in the songwriting are a bit more contemporary. This is certainly more interpretive than original country music, but it’s also really, really good. The twang on the Telecaster and steel is just about perfect, Wes Youssi has his pentameter and style down pat, and the songs are fetching.

Most of what Wes Youssi does is try to re-imagine the classic subject matter of country music in new, original songs. “Cadillac Man” might be the most enjoyable of the bunch, and speaks to the hint of Rockabilly in the County Champs sound that gives it a 50’s flavoring. In the banjo-driven “Southbound Train” though, Youssi shows off his hillbilly side, while paying homage to the homeland of country music, and how his heart sometimes drifts there in dreamy moments.

There’s also songs that are more timely, or timeless. “I Ain’t a Quitter” might be the best-written tune, taking pride in the stubbornness of being unwilling to leave a relationship in which the flame has long burned out. “Green Dream” might be contraband in Alabama, but up where weed is legal and helping to bolster the local economy, it’s an agricultural product no different than any other. “High Time” is also a good song from Down Low, and unlike some of the tunes, doesn’t go a verse too long. Classic country like this sometimes works best when it’s quick and catchy.

Not every country fan likes this type of old-school throwback sound, even true country fans who would rather listen to George Strait sing in his starched jeans. But for those who can’t get enough of the old school style—so much so they’ll go rummaging through Bandcamp profiles looking for their next fix—Wes Youssi and the County Champs will be right for you.

Purchase Low Down on Bandcamp