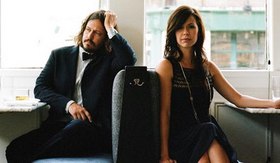 Yesterday it was announced the the vocal duo The Civil Wars were canceling all remaining performances and going on an indefinite hiatus. Through Facebook they released this statement:

“It is something we deeply regret. However, due to internal discord and irreconcilable differences of ambition we are unable to continue as a touring entity at this time. We thank each and every one of you for your amazing love and support. Our sincere hope is to have new music for you in 2013.”

The note has mixed messages to say the least. I always thought “irreconcilable” meant there was no solution, but they also say they hope to make more music next year. They also talk about “ambition” which gets the brain cells firing about what all that might mean. Though I appreciate their honesty, their comments lend to more questions than answers.

Either way, the decision means that Americana music and the more general independent roots world lose possibly their greatest ambassador. I never was able to get terribly into The Civil Wars. Ever since I stood on a stage 5 feet from them in Austin during SXSW 2010, right as they were beginning to blow up on the national stage, I had serious concerns about how viable their vocal bit would be long term. My token phrase for them was “The Steve Vai of Vocals” but that doesn’t mean they weren’t good, and weren’t a much better alternative to the majority of garbage being sold on mainstream country radio these days.

Like them or not, The Civil Wars were able to effect massive exposure onto the alternative to mainstream country. Being nominated for Vocal Duo of the Year by the CMA  Awards, and being nominated right beside Taylor Swift for their work on the Hunger Games soundtrack, were historic moments when independent music was placed right beside its mainstream counterpart. Their mark on ABC’s new show Nashville is undeniable. At the least they exposed people to the idea that there is a whole other world of music out there to discover.

So where does Americana and independent roots music go from here? In my opinion, the man that has been showing the steadiest rising action in his career over the past decade, and has the ability through style and a universal appeal for his music to entice not only the upper crust NPR crowd, but all the way to the crusty underground country fans, is Justin Townes Earle. 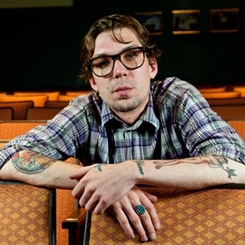 I once named Justin Townes Earle a leading candidate as country’s possible next savior (in the same article that likely helped inspire Eric Church’s “Country Music Jesus”), and Justin’s name also came up when I broached the subject of how “country” had become an embarrassing term for some acts that otherwise would fall under that umbrella.

Justin broached both subjects on the stage at The Majestic Theater in Detroit a few days ago (11/2/12, see video below) to a packed audience.

When I made my first record, I wanted to be a country singer. But see something has happened to country where it doesn’t mean the same thing that it used to. I don’t like what it means anymore. Taylor Swift actually works for herself. I mean she’s the least of our worries, the LEAST of our worries. I think where country music went wrong in the first place is when it lost its connection to the blues. Hank Williams introduced the 12-bar blues into country music, where the stars before him like “Uncle” Dave Macon were nowhere near as popular as he was. But he (Hank Williams) introduced the 12-bar blues to the Grand Ole Opry and changed country music.

And then Justin launched into his song “Ain’t Glad I’m Leaving” that practiced what he preached.

What Justin Townes Earle has that The Civil Wars don’t is long-term substance. No offense to The Civil Wars, but where their act is based on acrobatic vocal abilities that can be polarizing, Justin builds from the song out, and happens to be a great singer and a unique guitar player on top of that. And Justin gives nothing away to them on style. He may not be as pretty a face as The Civil Wars, but he’s been named one of GQ’s most stylish men for example, and somehow has positioned himself as a heartthrob outside of the music world. And most importantly, Justin Townes Earle exemplifies leadership through music.

Justin’s substance abuse issues could always flare up again, and maybe this is the 500 lb. anvil hanging over his career at all times. But if Americana and the greater roots world is looking for either an alternative or a replacement as their ambassador to the outside world, Justin Townes Earle could very well be their man as he continues to exude both wide appeal and creative prowess.