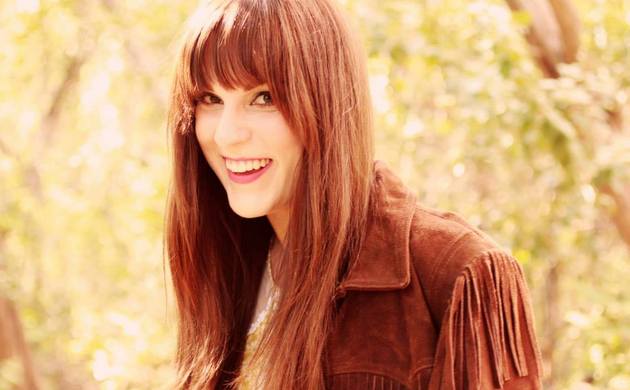 Born and raised in Austin, refined in Massachusetts, and currently emanating from Nashville, singer / songwriter and multi-instrumentalist Suzy Oleson has released her debut self-titled album which includes 10 country rock tracks that hope to find a favorable audience with your ears. Previously heard in the bluegrass outfit Chasing Blue—an extension of the prestigious Berklee College of Music in Boston where Suzy studied—and the Nashville-based female supergroup The Local Memories, Suzy now seeks to find her own sound and success in the scary world of the music business as a solo artist.

As much as prestigious music schools create extraordinary pools of talent, turning that talent into a commercial enterprise might be one of the biggest challenges in music today. You almost find better odds as a late-blooming sloppy guitar player who didn’t pick up music until your sophomore year of college and somehow got discovered in a coffee shop than as a musical prodigy turned professionally-trained musician. Launching a music career has never been more challenging, and in the independent realm, nobody is going to be impressed with how fast your fingers move on a fretboard. Songs are the one commodity that can help an artist break through the incredible crush of new talent looking to get noticed.

And songs worthy of being heard is what Suzy Oleson has on her debut. For the country listener, this album may take some warming up to. The verbiage preceding it speaks more about rock, classic rock, folk rock and the sort, but what you find especially after the first two songs is material that very much fits into the country realm. Call this a hard-driving country album, and nobody will look at you sideways, even though the influence of the Rolling Stones and Small Faces certainly can be felt in certain tracks. 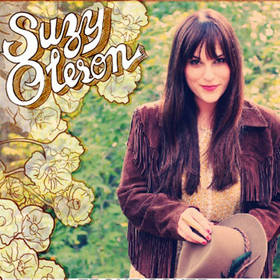 In nine original songs and a cover of George Harrison’s “I Live For You,” Suzy Oleson raises spirits, soothes broken hearts, connects with the audience through an array of emotions, and does so in a variety of different approaches that shows a command of various stylings. The first two songs “Come To Me” and “Just One Night” are full-tilt beer joint performances, and compliment Suzy’s voice which seems to be at its best when its out front as opposed to passive or restrained.

But by the time you get to “I Live For You,” the album strikes a somber, country heartbreak tone, and is extended into two of the best tracks on the record—the longing of “In The Fall” and the torn pieces of “Two Broken Wings”—bisected by a sweet little fiddle tune called “Way Out East.” The distance between locations and loves in Suzy’s recent itinerary certainly went into inspiring some of this record’s material, and insuring the record was an inspired effort.

“Love Fills The Plate” is one of three songs co-written with fellow Berklee College grad and Chasing Blue member Maggie MacKay, and once again shows that Suzy is not just a studious musician, but an inspired artist who can tap into the emotion and sentiment necessary to enchant an audience. The album ends with another country rocker, “This Time Tomorrow Night,” and makes sure the audience finishes this album not just touched, but entertained.

The one question this debut leaves unanswered is the open-ended, “Who is Suzy Oleson?” She’s done her job here of compiling original songs and getting great musicians to help interpret them in the studio, but sometimes it’s certain unique intangibles and hard-to-define idiosyncrasies—some of which society and institutions of higher learning attempt to breed out of us—that go on to be the things that really grasp at listeners and turn them into hardcore fans. What can Suzy Oleson do or say that has never been said or done in music before? It’s not necessarily a question if those qualities are present in Suzy Oleson, but if she can find them and gracefully push them to the forefront.

Suzy Oleson is an unsigned artist looking for attention in an overcrowded marketplace that rewards no points for time put into studying or discipline. But she shows in this debut release that she possess the heart, the experiences, and the sense of perspective necessary to connect with listeners at large.