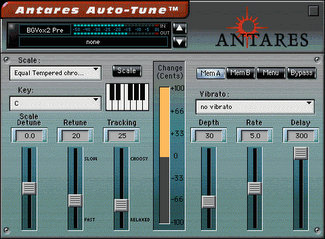 Forget about the intended use of Antares flagship software product known as “Auto-Tune” for a second, and how it can make the rising falsetto of prickly-haired Rascal Flatt’s frontman Gary LeVox sound as pure as the wind-driven snow. Almost since the inception of the pitch-correction software, Auto-Tune has been utilized as a vocal effect as well, and one that has become an indelible part of popular music.

The Cher song “Believe” from 1998 was one of the first popular songs that took the Auto-Tune effect and turned it up to the highest degree to where the tone of Cher’s voice sounded computerized, with the notes having clearly-recognizable steps in between them instead of the more rounded, natural tone of the human voice. And Auto-Tune as a popular vocal effect was off to the races. Next thing you know you have artists like rapper T-Pain using Auto-Tune as a primary focus of their sound.

But country music stayed mostly on the sidelines of the Auto-Tune phenomenon….besides of course behind-the-scenes as that unspoken magic little helper to make up for artists that were big on looks but light on talent. Country music has always been seen as the major American genre that is the most wary of the infusion of technology into the format. Electric instruments were once banned from the Grand Ole Opry stage, and even up to a few years ago, synthesized music or other technological sounds were still frowned upon in country, including Auto-Tune as a vocal effect.

But lo and behold, as yet another symptom that popular country music is fresh out of ideas and would rather become subservient to the influences of other genres instead of engaging in a true search for talent among its own ranks, Auto-Tune here in 2014 has reared its ugly head as an accepted element of popular country music songs.

Of course like all new things in country, the injection of Auto-Tune use was subtle and slow. Music Row seems to think that if they try to be sly about it, nobody will notice, and little parts of popular songs started to feature the vocal enhancement here and there in 2013, and some before that. But here in 2014, the Auto-Tune training wheels are off, and you’re not surprised to hear it in just about any new single from a popular country music artist.

One of the most gross offenses is in the recent single from Jerrod Niemann called “Drink To That All Night.” Though the song hasn’t been a huge commercial or chart-topping success so far, when it came out you could tell it would be a game changer in the way it went in an EDM/Auto-Tuned direction unlike any other song from an established country artist before, pushing the boundaries of what would be acceptable in country. And then last week we heard a new Tim McGraw single called “That Girl” which feels like the big coming out party for Auto-Tune in country music, featuring the vocal effect unfettered and full blast throughout the entire song.

But the alarming thing about the impending country music Auto-Tune phenomenon is not necessarily the use of the technology itself, but how it is yet another symptom of the underlying disease gripping country music of being so demonstrably behind the curve. Country music is constantly feeling like it has to apologize for itself, and to prove to the rest of the world that it can be cool and hip too. With this mentality, country never leads, it follows, waiving its little hand at the side of the popular music stage saying, “Hey, we’re here also! And we can use Auto-Tune too! We’re not just hayseeds!”

The problem is, the use of Auto-Tune in 2014 as a vocal effect actually proves just how lame and behind-the-times country music is. Auto-tune isn’t making country music hip, it’s proving it’s unhip and completely behind-the-curve. 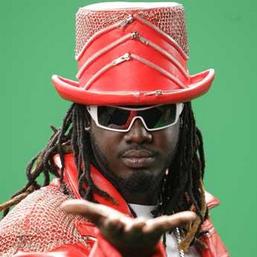 Over the last few years, the trend of country rap emerged in the country genre, with artists and labels insisting that country music must evolve to stay relevant. But what these artists and labels failed to understand that there was nothing current and relevant about rap any more than any other genre. Rap is a 30-year-old art form whose origins go back even farther than that.

With Auto-tune, it’s a similar paradox. Using Auto-Tune was cutting edge when Cher did it in 1998. In the mid-2000’s, Auto-Tune enjoyed the height of its popularity. But today? Today, though the use of Auto-Tune can still be heard in some pop and hip hop songs from artists like Future, it is generally old hat, outmoded, even lampooned and admonished, and T-Pain is the laughing stock in many sectors of the hip hop community. T-Pain is seen as a one-trick gimmick, and it’s expressly because of his Auto-Tune use. 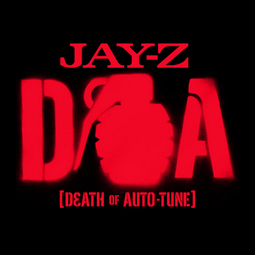 The song went on to be called the best song in 2009 by MTV. Did the use of Auto-Tune die by Jay Z’s decree? No, of course it didn’t. But its use was arguably already in decline when the song was released and it has continued to be in decline….until country music found it in the forgotten dust heap of relevancy, brushed it off, and started implementing it en masse as an element of its misguided “evolution.”

Country music doesn’t need to adopt Auto-Tuned vocals to be relevant, it needs to find its own new wrinkle, its own game-changing element that makes other genres look at it and want to incorporate it into their formats. By using Auto-Tune, country music is not leading or evolving. It’s not even following. It’s proving once again how it’s falling behind.