Some confusion always seems to dog my lists of top songs, because I’m not just looking for that catchy tune you can’t take off of repeat, I’m looking for the song that changes your world. For a song to qualify, it must be original, and barring exceptional circumstances, it must be composed by the performer. These are songs that take you somewhere. Any thoughts on additions, omissions, and your own individual lists are encouraged below in the comments section.

The Turnpike Troubadours have now officially arrived. If you’ve been sitting on the sidelines, sniffing at them from afar, waiting to see what happens before you drop a Hamilton on one of their albums, it’s time to jump in. There are a couple of Goodbye Normal Street songs that could have made this list, “Good Lord Lorrie” and “Wrecked” were possibilities, but “Gone Gone, Gone” raises to that special quality by slowing it all down and really speaking to the soul.

What’s curious about this song is that Tom V usually composes such autobiographical material, yet this one feels so outside himself, it gives it an unusual aspect. And Tom’s songs usually drone, but this one is strong and defiant despite it being about a dissolving and disillusioned life. Any song that can work in referencing The Ryman is going to get bonus points. Aside from VandenAvond’s signature song, the anthemic singalong “Brick By Brick,” this might be his best composition to date.

Justin Townes Earle may be the best pound for pound songwriter in music right now. He’s not prolific, but his profoundness has no peer. As much as the story and words of “Unfortunately, Anna” are enough to tear at your heart strings, it is the arrangement, the music and the stripped-down approach that really sends this song over the top. 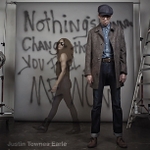 Self-realization is such a biting, dirty, and difficult exercise. We expect our songwriters to charge down into the depths of the inner soul to regions we ourselves are too scared to explore, to mine the sacred gold of truth to tantalize our senses, and this is what Justin Townes Earle does with haunting honesty in this song. “It Won’t Be The Last Time” is about Earle’s always-fragile sobriety. Listen to me folks and listen good; Justin Townes Earle’s sobriety is not just his own responsibility, it is all of our responsibilities as a music community.

When I wrote my review for Shooter’s latest album I was under the impression this song was about Waylon. Since then we’ve learned it was in fact about Shooter’s fiance Drea DeMatteo’s side, which makes it even more cool in my opinion. As I said in the introduction, to be the best song all year, you have to move people, and many times songs that move us come from real life instances when an artist was moved themselves.

There were a few other songs I could have picked off of Olds’ New Year’s Poem album, including the title track and the excellent “Born To Lose,” but this is the one that has moved me more consistently, whose spell refuses to wear out. No it’s not that I like this album so much I had to pick one song from it to include on this list, it’s that this list would be woefully incomplete without the simplicity and soul Olds Sleeper evokes in this heart-wrenching and easy-to-relate-to story told with the perfect sonic accompaniment and inflections.

I say that Song of the Year candidates cannot just be viscerally enjoyable, they must move you, make you a better person, communicate wisdom. Well in the case of this song, it is both a physical and intellectual uplift. The song is strikingly simple in its structure, really no more than rhythm and a few simple chord changes. But that is what makes it so potent. It awakens your primal nature, at the same time the words challenge your intellect and inspire your spirit. It’s unfairly witty.

Eric Strickland – Drinking Whiskey – from Honky Tonk Till I Die

Eric Strickland so far is 2012’s biggest surprise. It may take a little fudging of the rules to put this song in 2012 contention since it has been released as a different version before, but it’s too good to be an omission. The best part about this song is how on the surface the subject matter seems so plaintive. It’s the way Eric squeezes the soul out of the words and story that take this song from great to something special.

I’m afraid McDougall’s latest album is becoming the greatest overlooked album of 2012 so far, which is unfortunate for so many reasons, including that it includes this resounding, life-altering, wisdom-imparting epic of a song that starts of like a Celtic frolic, and ends in a soul-shaking repatriation of the human spirit. “If known what it’s like to be the one who went hungry, now will you be the one that feeds?” is the line that inspires me to redouble my efforts to reach the musically-hungry masses who if they could only hear songs like this, could be uplifted with the inspiration of music and lead more fulfilling lives.

NOTE: There are no female artists on this list, thought I’m sure the feminine side of things will rally by year’s end. A few songs worth checking out that almost made the list were Rachel Brooke‘s “Lonesome Turns Boresome” (written by her fiance Brooks Robbins), Kellie Pickler‘s “The Letter (to Daddy)” (written by who knows), and Kara Clark‘s “Southern Hospitality.”