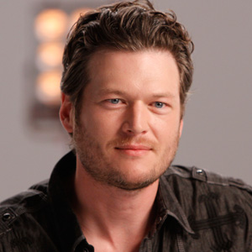 Country music superstar and NBC’s The Voice judge Blake Shelton has some explaining to do about the direction of the current marketing campaign for his upcoming “Ten Times Crazier Tour” staring in June. Soon after tickets are put on sale for some of the tour’s whistle stops, stories are showing up in the press about how the concert is “sold out.” However a simple check of Ticketmaster’s website shows many tickets still available for these shows.

Multiple news outlets saw the press release and ran stories of their own, congratulating Blake on the sold out shows. However when you actually look at the current ticket availability for Blake’s Madison Square Garden and Hollywood Bowl dates, it is clear no sellout has occurred.

For example, a check of Ticketmaster for Blake Shelton’s August 1st show at Madison Square Garden shows many available tickets. Same can be said for his concert on October 4th at The Hollywood Bowl. As you can see from the ticket legends below, as of the posting of this article, many seats in multiple sections are still available for both shows.

And the stories on Blake’s sold out shows don’t stop there. GAC is reporting the first six shows of Shelton’s tour are sold out.

Why would Blake Shelton’s camp proclaim tickets are sold out while seats are still available? The news could create even a bigger rush for tickets, or drive the price higher for tickets in the secondary market. Sometimes blocks of tickets are held back by promoters or venues to be released later, or used for giveaways or for sponsors. Also, even though tickets may still be available for a show, if the vast majority of them are sold, or only single seats are still left, sometimes a “sold out” show can be declared within the parameters of the industry standard. But it is clear this is not the case with these particular Blake Shelton shows. Some are also speculating the news is to help gin up support for Shelton during the final round of voting for the upcoming ACM Awards on April 6th.

Ironically, many of these Blake Shelton shows are selling very well, and will likely sell out on their own, leaving fans questioning why they’re being misled. 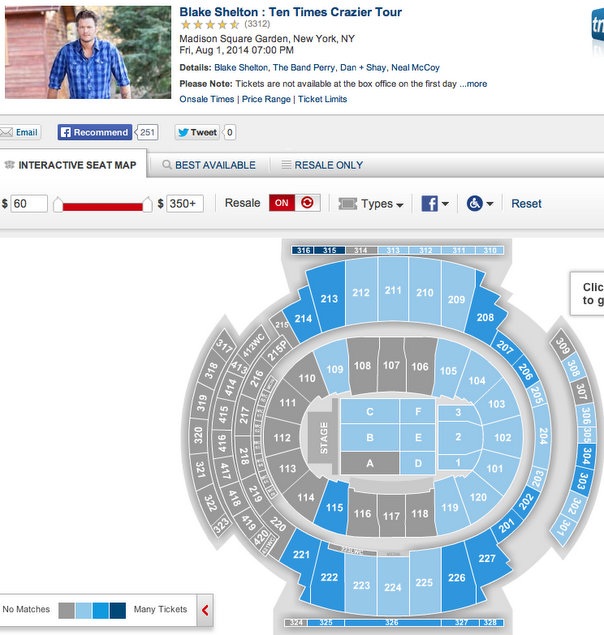 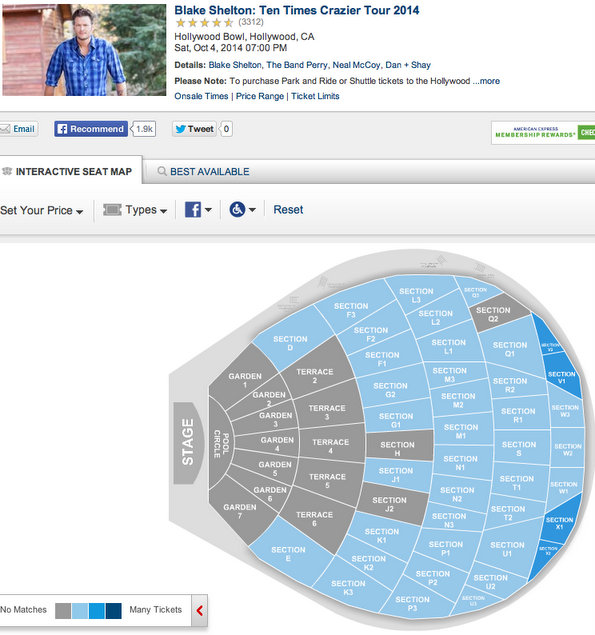