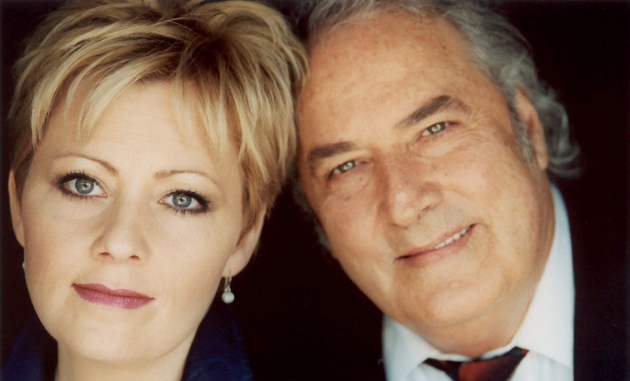 For decades Tammy Sullivan and her father Jerry played their unique blend of American roots music self-described as “bluegrass Gospel” at folk festivals, bluegrass gatherings, college campuses, at the Grand Ole Opry, and in front of congregations as the duo “Jerry and Tammy Sullivan.” Now she has been reunited with her father, who passed away May 31st, 2014.

Tammy Sullivan, part of a long lineage of musicians in The Sullivan Family, died on Thursday, April 20th according to close friends and family. She had been battling Cancer. Born October 2nd, 1964 and a native of Wagarville, Alabama in the southern part of the state, Tammy first began to sing professionally with her father Jerry in 1978 at the age of 14. Tammy, a a mezzo-soprano, would sing lead and play upright bass, while Jerry would play guitar and sing harmony. Though the duo made some early recordings, it wasn’t until Tammy graduated high school in nearby Leroy, AL, that the duo was able to travel to play music. Tammy’s powerful, uplifting voice soon became one of the most respected and sought after in Gospel and bluegrass.

Though Jerry and Tammy Sullivan were known mostly for playing in churches and for smaller functions, their music, influence, and recognition went on to touch the mainstream of country on many occasions. Marty Stuart produced four records for the duo, and joined the duo briefly on mandolin in 1988. Jerry and Tammy Sullivan would go on to be nominated for Grammy and Dove Awards for their inspirational bluegrass gospel music, including their 1996 album At the Feet of God, which was nominated for Best Southern Gospel, Country Gospel and Bluegrass Recording at the Grammy Awards.

Tammy Sullivan came from a rich musical family. Her grandfather, and Jerry’s father JB Sullivan was a respected banjo player. The Sullivan Family based in Jackson, Alabama, was a touring bluegrass and Gospel outfit from 1950 to 1956. Tammy’s sister Stephanie was once married to Andy Griggs, who also briefly toured and performed with Jerry and Tammy Sullivan.

Tammy Sullivan is survived by her husband, Jonathan Causey, as well as her children and close family.