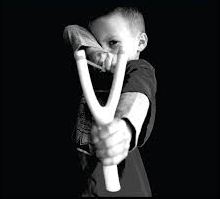 Before they were melting the faces of appreciative crowds all across the country, before they were being featured on Breaking Bad and being touted beside bands like The Black Keys as one of best blues power duos of our generation, and before they were signed to powerhouse Deep Blues label Alive Records, Ft. Wayne, Indiana’s smash blues maestros Left Lane Cruiser put out a raw, unfettered debut album called Slingshot. Only 200 copies of this wicked blues affair were produced before it faded from sight, but now Hillgrass Bluebilly Records has remastered the album and is reissuing it to the delight of hungry Deep Blues fans. 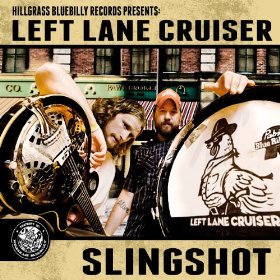 Originally recorded in 2006 at the Temple Recording Studio in Ft. Wayne, it captures slide guitar player Joe Evans IV and drummer Brenn Beck in their most primal form. Not for the faint of heart, Left Lane Cruiser takes the spirit of North Mississippi Hill Country blues and legendary performers like Junior Kimbrough and R.L. Burnside, and makes it sound as mean as it’s ever has.

Left Lane Cruiser released their latest album Rock Them Back to Hell! in September of 2013, and a collaboration with James Leg of the Black Diamond Heavies in 2012 called Painkillers. This reissue will give fans their latest Left Lane fix when it’s finally unleashed on April 8th, but lo and behold, you can hear the entire damn thing here exclusively.

Warning: Language, & not for the faint of heart.