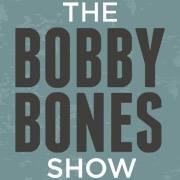 The pieces are beginning to fall together after a troubling incident Friday morning (10-24) where thousands of subscribers to AT&T’s U-Verse television service had their TV’s locked down by the national “EAS” emergency system. The system was triggered by a tone that emanated from radio station 97.9 WSIX in Nashville during The Bobby Bones Show—a syndicated iHeartMedia morning program that is the biggest radio broadcast in country music. Now The Bobby Bones Show and/or some of its affiliates could face big fines for negligently playing the tone.

The Emergency Alert System was activated during a segment on the show where they were discussing a test of the EAS system during Game 2 of the World Series. As part of the segment, they played a YouTube clip over the air of a 2011 nationwide test of the system which included the tones to activate it and alert others to rebroadcast the signal. When AT&T’s U-Verse system received the signal, it immediately locked down subscriber’s televisions and displayed the warning of a national emergency.

Viewers received an “Emergency Action Notification” from the Federal Emergency Management Agency or FEMA, warning them to wait for further information from The White House. “The station has interrupted its regular programming at the request of the White House to participate in the Emergency Alert System,” the message said in part, and warned viewers to keep telephone lines open for emergency use only. The message was seen by AT&T U-Verse customers in Atlanta, Dallas, Austin, Detroit and Nashville. Local viewers scrambled to figure out what the emergency was, as the warning forced televisions of U-Verse subscribers to tune to one specific channel and wouldn’t allow it to be changed.

This morning, there was an inappropriate playing of the national emergency alert notification tones on a syndicated radio broadcast,” FEMA spokesperson Rafael Lemaitre said in a statement on Friday. “There is not a national emergency. Today’s broadcast triggered alert notification in states where the alert has been played”¦FEMA and the FCC are currently working with broadcasters to determine the full scope of the situation.”

As RadioInsight points out, Cable networks were fined a total of $1.9 million after inadvertently broadcasting the signature EAS tones out during a commercial for the movie Olympus Has Fallen in March of 2013. Fines are levied from the FCC, and could not only affect The Bobby Bones Show and iHeartMedia, but its affiliates that carry the syndicated the show all across the country through Premier Networks.

UPDATE (10-28): Premier Networks has released a statement about the incident: “The tone should not have aired. We are cooperating fully with the authorities and are taking aggressive action to investigate this incident and prevent it from recurring. We deeply regret the error.”

Communications Law Attorney John F. Garziglia has weighed in on the matter via Radio Ink Magazine, saying in part:

As explained by the FCC, “[t]he prohibition thus applies to programmers that distribute programming containing a prohibited sound regardless of whether or not they deliver the unlawful signal directly to consumers; it also applies to a person who transmits an unlawful signal even if that person did not create or produce the prohibited programming in the first instance.  Therefore, the prohibition also applies to a broadcaster, cable operator, or satellite carrier that transmits programming containing a prohibited sound even if the programmer that embedded the sound is not under common ownership or control with the respective broadcaster, operator, or carrier.”

…Every air personality, programmer, program producer, ad agency and manager needs to understand that there are significant FCC fines for misuse of EAS codes and the attention signal.