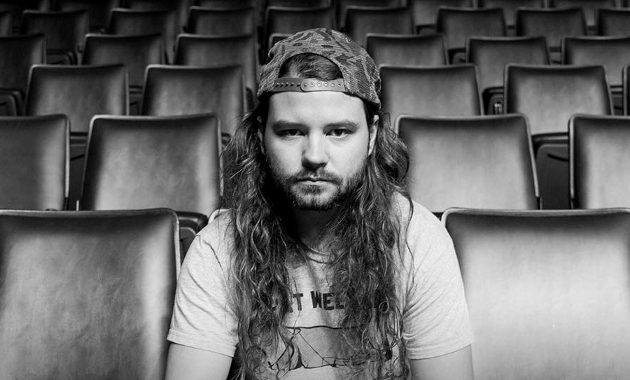 Somewhere on the highways and byways of Heaven, Country Music Hall of Famer Jerry Reed is driving a semi truck full of Coors on a delivery for Jesus, slapping the dashboard maniacally with a big ol’ Georgia peach-eatin’ grin screaming “Hot damn son, get after after it!” as the tunes of Brent Cobb’s new album Providence Canyon come blaring out of the speakers.

This is some smooth pimpin’ sweaty and dirty shit. Pure sex on vinyl. Hide your daughters. Coffee smudges and axle grease stain each note, and the guitar grooves are glued together from the tar of the road. Not since the days of Cledus Snow and J.J. Cale have we heard such authentic and infectious country soul scratched into vinyl.

We knew to expect something good after what Brent Cobb threw down on his 2016 record Shine On Rainy Day. But at the time, Cobb was coming out of an extended period where his primary function in life was as a staff songwriter. Nothing wrong with that profession at all, but live gigs and long tour hauls are few and far between in that line of work. You get to sleep in your own bed most every night which is good, but your name appears in the liner notes of records, not the cover. And for Brent, that wasn’t a half bad gig, getting songs cut by Miranda Lambert, Kellie Pickler, David Nail, Little Big Town, and even the likes of (gulp!) Kenny Chesney and Luke Bryan.

He was set up and his bills were getting paid. But he wanted something more, and so he called up his producer cousin Dave and they cut a record. It was smooth Georgia country soul no doubt, but the Brent Cobb sound had yet to be seasoned by the road. He was still a songwriter where performances mostly consisted of a stool and a pint glass. The best records are forged in the sweat equity of shitty clubs with bad sound, where the fans stand so close you can smell their breath, it reeks like a Mexican meat market on a hot afternoon by the middle of the show, and they pass you cheap beer from the bar bucket brigade-style all night until the room turns sideways. Then you burn a little reefer in the van with some fans, time gets away from you, and you pass out before making it to the Super 8. 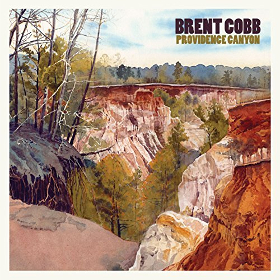 The next morning you wake up and scribble some lines with a pen stolen from a waitress on the back of a fast food napkin, and that how you get the songs like the ones on Providence Canyon.

There is plenty of sentimental stuff and quality songwriting here too. The opening title track is named after a much-beloved natural wonder in Cobb’s home state of Georgia, and is an ode to the simple life. “King Of Alabama” about country artist Wayne Mills—who was killed by a supposed friend in a bar in Nashville in 2013—is Cobb paying tribute to a fallen traditional country great, and paying tribute to the tradition of storytelling in country music.

But that’s not where Providence Canyon makes its most pronounced mark. It’s in the greasy moments of the sin-filled “Mornin’ Gonna Come” and “Sucker For a Good Time” where the true sound that’s been lurking in Brent Cobb all these years gets coaxed out by cousin Dave to stick some righteous grooves worthy of landmark-levels of country funkiness. In this era of eepish, emasculated “Americana,” you’re liable to run afoul of some fragile and frightened demographics by cutting a song like “.30-06.” But screw them. It’s songs like these that allowed country music to survive the funk and Disco era, and proved to even the performers on the other side of the tracks that these Southern-bred white boys could groove too.

Overall though, Providence Canyon is still a road record. The road is what gives the album its licks and grooves throughout. It’s a guitar record, tested in front of scores of crowds coast to coast to see what resonates live before they walked into the studio to cut it. The road also comprises the theme, spelled out in songs like “Come Home Soon,” and the ending track “Ain’t A Road Too Long,” which starts out strange with the talk singing, but finishes very strong. Cobb never wails. Instead he eases the bucket seat back, grabs the wheel at the 12 O’clock position, and sings in a slow, even-keeled drawl as lazy as a Sunday drive, letting the world roll by, slowly narrating.

You won’t hear the kind of poetry you got on Cobb’s previous record with beloved songs like “Solving Problems,” and it’s fair to call a record like Providence Canyon more interpretive than groundbreaking. But Brent Cobb does well what many others try and fail at demonstrably, which is to capture the multicultural makeup of the dirty South and do respect to its lineage, while adding his own unique stamp that makes it all so pure and unmistakably Georgia.