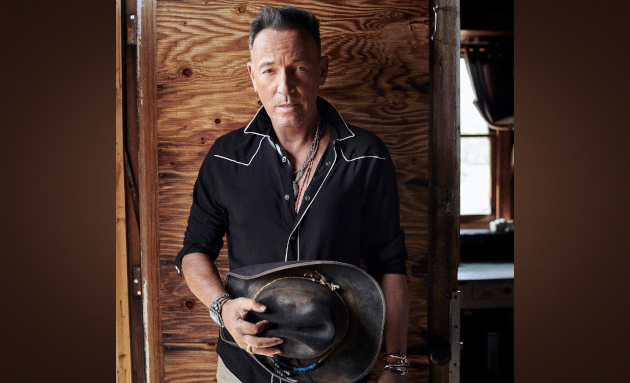 Bruce Springsteen has been so long associated with the working-class East Coast that it’s easy to forget he has spent almost as much of his career looking westward. In 1980 he may have sang about going “to where the highway ends and the desert breaks out onto an open road,” but a generation of restless young men and women “pulling out of here to win” eventually had to land somewhere. The road is long, but it does not, in fact, go on forever.

But most found the same uncertainty and confinement they were running from. In the sweeping vista of Bruce Springsteen’s Western Stars they find if not peace, perhaps a final vindication in their roaming. Choosing a life on the road may mean never being able to go home again, burning your bridges. It is almost exclusively on his solo albums that Bruce has confined his distinctly Western tales, and each time the stakes are higher and costs are greater for the characters he gives voice to. In the land of Bruce, the West is a place to take chances, to risk everything. There are more horses than cars, and more chances missed than resolved.

It was on the sparse echo of Nebraska, recorded shortly after discovering both Hank Williams and James Agee, where Springsteen first looked over the Appalachians. Songs about nihilist murder sprees and lawmen with conflicted loyalties naturally demanded a lonelier, emptier setting than New Jersey. Heck even “Atlantic City” had as much to do with Las Vegas as it does the Jersey shore. After a decade living in Southern California—before settling he’d been regularly driving there, mostly alone, since the late 1960’s when his parents fled New Jersey—he gave us The Ghost of Tom Joad. And a whole new crop of adventurers and outcasts filled the Southwest borderlands and desert interiors. The all-or-nothing landscape of Steinbeck and Guthrie was alive and well. 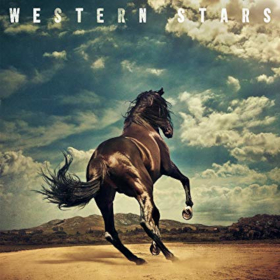 In 2005 Bruce revisited the west on Devils and Dust. Now the stories were even more harrowing; drowned Mexican migrants, prostitutes, runaways, drug mules, aging hobos, homeless vets, restless convicts all lured by easy money, a second chance, or a last chance. And they all paid a serious price for their shot at possibility: a brother’s violent death, addiction, permanent moral compromise, and guilt. The West was an unforgiving place that never quite delivered on its promise, and the songs were almost universally bleak, more so thanks to their religiously simple folk instrumentation: voice, guitar, maybe harmonica.

The intimacy of Bruce’s earlier “West” records is replaced by a truly cinematic scope, because things are still possible here. Pedal steel and throaty, tremolo guitars paint pastoral soundscapes interwoven with sweeping strings and orchestral horns; more Countrypolitan than country. Glen Campbell, not Gram Parsons. Think “Wichita Lineman,” “Good Time Charlie’s got the Blues.” And if you still have an actual stereo system, you’re in luck. Western Stars is a big sound the demands big speakers. Makes total sense when you think about it, after all this is a guy whose childhood Saturday afternoons were lensed by John Ford and scored by Elmer Bernstein.

On Western Stars the West is finally a place of redemption…for some. Others are still wandering, but they haven’t given up. The aging cowboy actor of the title track—here Bruce uses “stars” as a sort of pun—still happily gets free drinks for his past exploits and still drives out to “ride and rope” in what still sounds like a landscape of endless imagination. “The Hitch Hiker,” and “The Wayfarer” both see domestic life as a one-way ticket to misery, the latter counting the white lines of the highway, not sheep, as he drifts off.

“Tucson Train” finds a man who fled domestic strife waiting for his happiness to return and start anew. “Hello Sunshine,” the album’s first single and perhaps the record’s most insular tune, finds a man who once craved loneliness now seeing the daylight itself as a harbinger of better times. The youngster who left everything behind to go “Chasin’ Wild Horses” up in Montana may have found no escape from the memory of who he left behind, but he’s not dying under an overpass or blown up in a meth lab. If Nebraska, Tom Joad, and Devils were space for restless, marginalized, fallen characters, Western Stars is for the lucky ones, of the ones for whom the romance of the West has not yet dried up.