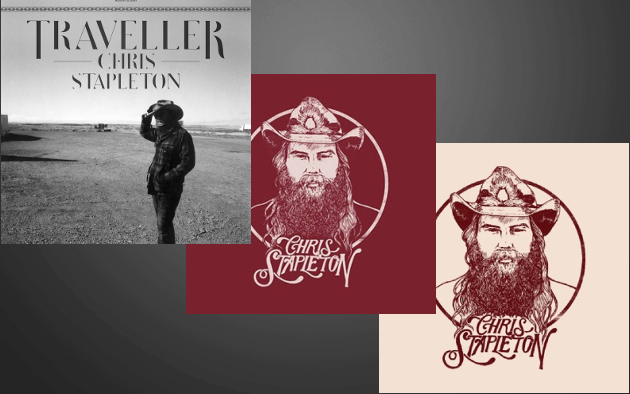 When it comes to country music albums, it is Chris Stapleton, and everyone else. And it’s not even close.

After the release of Stapleton’s latest record, From A Room: Vol. 2, Chris Stapleton holds three of the top four spots on the country albums charts. From A Room: Vol. 2 easily comes in at #1 in country with an estimated 131,000 albums sold, which is also good enough for #2 in all of music, only getting inched out by U2’s latest album Songs of Experience. Stapleton also comes in at #3 in country with his first installment from the From A Room series selling an estimated 20,000 additional albums last week, and his debut album Traveller comes in at #4 with more than 18,000 albums of the now over two-year-old album being purchased.

Having three albums consecutively in country music’s Top 5 has only been accomplished twice before in the modern era, and it was done by the same artist who played spoiler to Stapleton’s bid to make it a clean sweep of the Top 3 of the country albums charts this week—Garth Brooks. Garth’s The Anthology Part I: The First Five Years, which consists of large portions of previously-released material repurposed for Holiday buying, comes in at #2 on this week’s country album charts, with roughly 41,000 records sold. These are the numbers tabulated by HITS Daily Double’s SPS Chart. Billboard will update their album charts on Tuesday (12-12).

Before Stapleton, Garth was the only one with the commercial prowess to pull off what Stapleton has just done in the modern era. In 1992 during Garth’s heyday, he dominated the country albums charts with multiple entries. On October 10th, 1992, Brooks ruled with The Chase (#1), Beyond the Season (#3), No Fences (#4) and Ropin’ the Wind (#5). Garth would accomplish a similar feat 24 years later, and once again boosted by a Christmas release and holiday bundling when Christmas Together (#2), Christmas Together/Gunslinger (#3), and Gunslinger (#4) took three of the Top 5 spots.

For Chris Stapleton to now be considered in the same breath as Garth Brooks, and without the aid of a Holiday release speaks to the scope of the Chris Stapleton phenomenon. Garth Brooks is the greatest-selling American-born music artist in American history, even beating out Elvis. Only The Beatles have sold more records.

Previous artists who also saw multiple albums in the Top 5 of country simultaneously are Charlie Rich and Glen Campbell. In 1974 Charlie Rich’s, There Won’t Be Anymore, Behind Closed Doors, Very Special Love Songs and The Best of Charlie Rich came in #2-#5 respectively on the country charts. In 1968, Glen Campbell’s Gentle on My Mind (#1), Bobbie Gentry & Glen Campbell (#2), By the Time I Get to Phoenix (#4) and A New Place in the Sun (#5) all topped the charts.