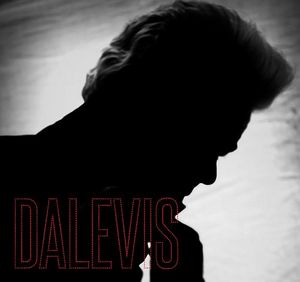 For years fans of Dale Watson have been anticipating an album release from a Dale’s alter ego called “Dalevis,” a mix of Dale and Elvis. Well friends and neighbors, the wait is over. Dalevis is now officially available digitally, with physical copies to be made available in mid February. It includes 12 new songs recorded at the legendary Sun Studio in Memphis. Along with Dale, the album also features Chris Crepps on upright bass, and Mike Bernal on drums among others.

This is not the first Dalevis album Dale Watson has released. As he told Saving Country Music in October of 2011, “Back in 2000 I did a Christmas record there (Sun Studios). I didn’t make a big deal about recording at Sun, it’s just what we did. Then I did a little vanity project I just sold off the stage, 1,000 copies of a thing called “Dalevis”, kind of like what Chris Isaak is doing, but raw, more in the style of old Sun.”

Dale Watson’s last record The Sun Sessions was recorded at Sun with a distinct Johnny Cash vibe. “Elvis and Johnny were the biggest influences on me of the Sun folks. When I wrote the songs I kept that in mind.”