Did Jason Isbell Just Save Country Music with His #1 Album?

In the immortal words of Winston Wolfe from Pulp Fiction…

The idea that Jason Isbell saved country music when his latest release Something More Than Free inched out Alan Jackson for the #1 spot on Billboard’s Country Albums chart has been offered as a discussion topic by cosmic songwriter and east Nashville sage Todd Snider. In a spirited missive via Facebook Wednesday (7-29) morning, Todd Snider said (however hyperbole-laden),

THE WAR IS OVER IF YOU WANT IT

LET US REJOICE
IN PEACE
IN THE NAME OF BROCEPHUS
AMEN

So what does Saving Country Music think about this?

Above all else, how awesome is it to have the old version of Todd Snider back in our midst? Last time I checked in with him the mood was much more gloomy and he was talking in tones it would only be fair to characterize as leaning towards suicidal. It’s been a rough year or so for the songwriter, so it’s at least good to see him reprise his role as country music’s spiritual guru and court jester. 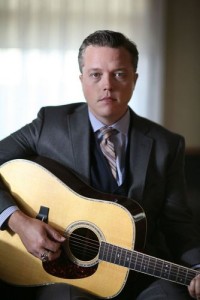 But as for Jason Isbell’s #1 album spot saving country music? I think that’s a little presumptive, or at least, premature. Is it a victory? By gosh it’s a huge one, at least for Jason Isbell fans, and fans of independent music. And I don’t want to be the one to pour cold water on the victory party here. But there are a few important distinctions to make about this #1, and it’s importance in the grand scheme of things that I think restrict it from being as significant as some may hope.

1. He Beat Alan Jackson To Do It

It’s very likely Alan may end up with the #1 spot on the Country Albums chart next week unless a rallying Ashley Monroe, Jason Isbell, or Sam Hunt knocks Jackson out of the top spot, but it’s not like Isbell went up against Luke Bryan or Jason Aldean and slayed a great country music menace. Yes, Isbell did beat albums from those artists too, but in its debut week, it was Alan Jackson’s Angels & Alcohol that is stuck with the consolation prize. And think about this: Alan Jackson is a 3-time CMA Entertainer of the Year winner who has sold more than 80 million records. This was a big feat for Isbell to say the least.

But like Al Gore in 2000, or “Dewey Defeats Truman” headlines, the Alan Jackson camp appears to be reluctant to concede the race, at least at this point, and is declaring their own #1 victory, and certain media outlets are helping them. Alan Jackson is still saying his tally of 45,361 albums sold is good for #1, even as Billboard has clearly stated in both text and online that it’s Jason Isbell’s victory.

But above all, if Alan Jackson had landed the #1, and Isbell had ended up #2, it wouldn’t have felt like some massive reversal of fortune for either Jason Isbell, Alan Jackson, or country music. Two deserving artists ended up on top, and country music is the overall victor.

It would be pretty hypocritical for us to wag a negative finger at artists like Sam Hunt and Taylor Swift for hitting #1’s with non country albums, and at least not broach the elephant in the room with Isbell, which is that Jason really isn’t a true country artist per se. He’s a hell of a lot more country than Sam Hunt and Taylor Swift combined for sure, and Something More Than Free might be Isbell’s most country-sounding album yet. But it’s still just as much rock and folk, and that’s the reason Isbell hit #1 on those Billboard album charts as well.

And to be fair, wouldn’t you be a little peeved, whether you’re Alan Jackson fan or an artist on one of the other charts Isbell crested, that some undefinable Americana guy upstaged your opportunity to land a #1? This all once again reinforces the idea that Billboard needs an Americana chart.

In the end we’re all music fans first, and then our loyalties break down genre lines. And it’s better to see quality music, regardless of the flavor, hitting #1 on the charts. But when the same record claims the #1 spot in three separate genres, and it arguably doesn’t fit in any of them, there’s going to be some justified naysayers.

3. This Is Not The First Independent Country Album to Crest the #1 Spot in Country Music

In fact, it’s not even the second, or even the first album from Thirty Tigers. The distinction for being the first to upstage the mainstream party on the Billboard Country Albums charts actually goes to Blackberry Smoke, who pulled off the feat with their album Holding All The Roses released on February 10th of this year. Sure, it may have been a more symbolic victory since the record only shipped 19,000 units to earn the #1 (slow week for releases you see), but they are officially the Billboard Country Albums independent #1 pioneers. And lets not forget that Aaron Watson, who is one of the very original signees to Thirty Tigers (the same independent label as Isbell and many others), also hit #1 later in February when The Underdog sold over 26,000 units.

None of this makes Isbell’s success any less meaningful necessarily, especially since he sold many more albums to get his #1 and was going toe to toe with a country legend. But if the mark of when country music is saved is when an independent artist goes #1, then it’s worth noting that Isbell was not the first.

4. Let’s Face It, This Is Partly an Anomaly Based On Buying Patterns

I hate to sound like Bobby Bones, but you’re going to have a hard time convincing anyone that when considering the full breadth of an artist’s footprint, Jason Isbell is the biggest artist right now in all of country music. Don’t get me wrong, Isbell is on one hell of a roll, is selling out theater shows left and right, and obviously sold more records than anyone last week. But he’s still nowhere to be seen on country radio, not selling out stadiums or arenas like many mainstream acts, and is still a complete unknown to a lot of American society, including country music fans.

The reason Jason Isbell’s album went #1 is because independent fans buy their music, and mainstream fans stream it. It’s that simple. This has created an anomaly in the marketplace where independent artists in all genres are all of a sudden matching or beating their mainstream competition on album charts. It doesn’t mean that the #1 distinction doesn’t mean anything. A #1 still means quite a lot, and let’s not forget that Billboard tweaked their album charts recently to include streaming data to attempt to stem these very types of anomalies. But guess what, Isbell and others are still breaking through. But it wouldn’t be fair to not at least mention that the buying patterns of consumers are playing a significant role in what is playing out in album charts.

If there’s any irony in this situation, it’s that Jason Isbell, Aaron Watson and Blackberry Smoke have proven why charts are a vitally important part of the musical landscape, even for independent artists, if not especially for them. Think of how many more industry people and run-of-the-mill fans now know the name Jason Isbell compared to how many knew it before. Include this with Zac Brown covering Isbell’s “Dress Blues” on Zac’s recent #1 album and all of a sudden Jason Isbell is right on the precipice of being considered a mainstream artist himself. For years independent fans bemoaned paying too much attention to charts because they were a product of the mainstream. I remember when Saving Country Music fought against Billboard‘s integration of pop plays for country artists in 2012, and all the howls from independent fans about about why it was a fool’s errand to care.

But charts matter. There is now certifiable proof that music of substance is making substantial inroads into the mainstream. We can see it, measure it, and regardless of the points made above, there is no debating that Jason Isbell sold more records than anyone else in country, and that this is a huge accomplishment for independent music of substance.

But did it save country music?

Women are still being grossly under-represented, depressing filth still dominates the radio and country’s award shows, and the bad guys are still making the majority of the money. But it is a foothold, it’s a foot in the door, and at least they now know we’re here and aren’t going away.

But as I’ve said many times, country music will never be saved. Or as soon as it is, it will immediately fall back to making the same mistakes that caused it to fail before. Saving country music is alchemy, and a an ongoing, ever long effort that will always be important to carry on to preserve the music of country people.

Besides, Todd Snider’s real point was that we should stop spending so much time bitching about what’s going on in country music and start celebrating victories. And on that hopefully we can all agree.