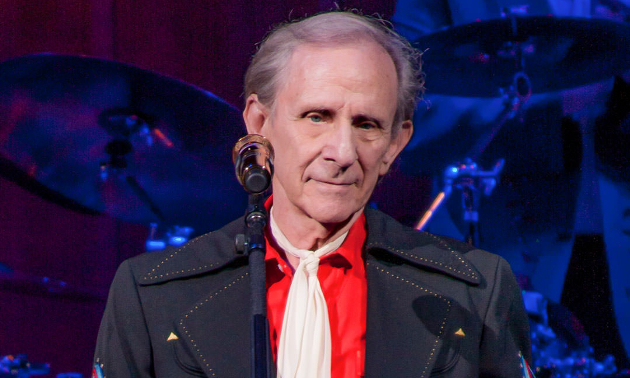 Don Warden, who was one of the original members of the Porter Wagoner Trio, and spent nearly 50 years in service to Dolly Parton, passed away on Saturday, March 11th according to Dolly Parton and Don’s family. The news was revealed on Monday when Dolly paid tribute to her long-time manager and right hand man in a personal statement.

“I’ve known and loved Don Warden since I joined The Porter Wagoner Show in 1967,” Dolly Parton said. “He was like a father, a brother, a partner and one of my best friends. I feel like a piece of my heart is missing today. Certainly a huge piece of my life is gone. Rest in peace Don and know for sure that I will always love you.”

Don Warden was born in Mt. Grove, Missouri on March 27th, 1929, and showed a passion for music from an early age. He formed his first band in high school called The Rhythm Rangers, and was self-taught on the steel guitar. Eventually Don scored his first professional gig with an afternoon show on KWPM-AM in West Plains, Missouri. From there the Rhythm Rangers eventually made it to the Louisiana Hayride where Don played steel guitar behind The Wilburn Brothers and Red Sovine.

Warden took some time away from music in 1951 to serve two years in the Army, and later attended flight school. It was during a return visit to West Plains, Missouri where he first met Porter Wagoner, and along with Speedy Haworth, they formed the Porter Wagoner trio, first playing the Ozark Jubilee, and later becoming members of the Grand Ole Opry in 1957.

When the Porter Wagoner Show started in 1961, Don Warden was one of the primary players, and would spend 14 years on the syndicated variety show. When Dolly Parton joined the show in 1966, Don Warner, in the capacity of one of Porter Wagoner’s Wagonmasters, regularly played behind Dolly. Dolly Parton left the show in 1974, and Don Warden followed.

As the manager and steel guitar player for Dolly, Don Warden became known as Dolly’s “Mr. Everything.” From her business affairs, to her band, to her fundamental sound, Don Warden was there every step of the way throughout her career until failing health sidelined him recently. Don’s wife Ann Ann also worked for Parton, serving on the board of the Dollywood Foundation which launched Dolly Parton’s Imagination Library in 1995, and also helping with the Dollywood theme park and Dolly’s Tennessee Mountain Home homestead.

Don Warden was inducted into the Steel Guitar Hall of Fame in 2008.