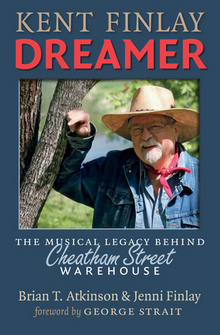 We’ve all heard of the “Class of ’89” in country music, right? That was the year that Garth Brooks, Alan Jackson, Clint Black, Travis Tritt, and others came to power. Well have you ever heard of the “Class of ’87”? That was the year Todd Snider, James McMurtry, Bruce Robison, Hal Ketchum, and Terri Hendrix all played regularly at an old wood and tin music venue in San Marcos, Texas called the Cheatham Street Warehouse, owned and operated by a songwriter himself named Kent Finlay.

Kent Finlay’s “Class of ’87” is just where the legacy of the Cheatham Street Warehouse begins. George Strait, Randy Rogers, and Stevie Ray Vaughan all used the support of the venue that was originally opened in 1974 to help springboard their careers, and to a man they would tell you how important Kent Finlay’s contributions were to their careers. “Kent Finlay has helped create the best of what Texas music has been and is,” says Owen Temple.

“To have been able to listen to Dad unravel his yarns and capture his wisdom, wit and words like fireflies in a jar has been one of the greatest joys of my life,” says Jenni Finlay.

Along with the new book, a tribute album featuring artists like Brennen Leigh, William Clark Green, and Slaid Cleaves will hit stores on March 2nd, all singing original Kent Finlay songs. Kent’s tracks could regularly be found on records from Texas country artists, and the Randy Rogers Band’s last record Nothing Shines Like Neon was named after a Kent Finlay lyric.

The man is gone but the legacy lives on, and now the artists Finlay helped lay the groundwork for are returning the favor.

Track List for Dreamer: A Tribute to Kent Finlay 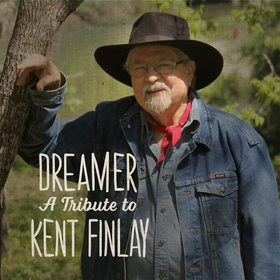