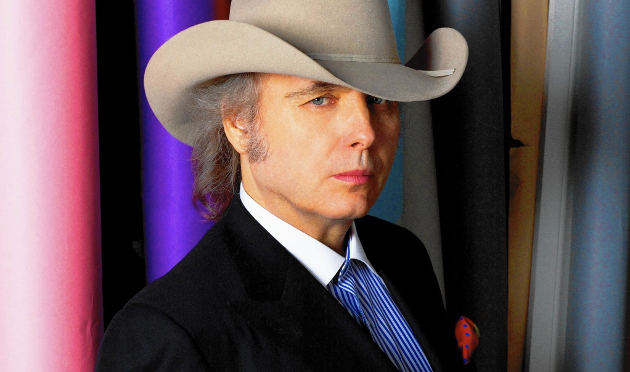 California country legend Dwight Yoakam will be one of the newest inductees into the Nashville Songwriters Hall of Fame. He will join Larry Gatlin of the Gatlin Brothers, Rivers Rutherford, Marcus Hummon, Sharon Vaughn and “Kostas” Lazarides as the 2019 honorees. They will be formally inducted on October 14th at Nashville’s Music City Center where the Hall of Fame is located.

Though Dwight Yoakam may be known to most for his caramel voice that made Johnny Cash once declare him as his favorite modern country singer, or his hip shaking in skinny jeans that made your wife or girlfriend swoon, he’s also guilty of writing the majority of his songs, including his biggest hits such as “Fast As You” and “Thousand Miles From Nowhere.” Though most of the 200 inductees into the institution are songwriters first, Yoakam joins entertainers such as Willie Nelson, Dolly Parton, and Alan Jackson as performing songwriters receiving the honor.

Larry Gatlin is another country personality best known as a performer, but has also done the lion’s share of his own songwriting. Not only are some of his best known songs like “All The Gold In California,” “I’ve Done Enough Dyin’ Today,” and “Statues Without Hearts” solo works by Gatlin, he’s also written songs recorded by Johnny Cash, Kris Kristofferson, and Elvis Presley in his career.

Though mostly known behind-the-scenes (and by his first name only), Kostas has been one of the most critically-acclaimed and peer-appreciated songwriters in country for over three decades. Originally from Thessaloniki, Greece, his family moved to Montana when he was 7-years-old, and he began performing as a singer and songwriter in the 70’s. First catching the ear of Nashville producer Tony Brown, Kostas began writing hits for the likes of Patty Loveless (“Timber, I’m Falling In Love”), Dwight Yoakam (“Ain’t That Lonely Yet”), Travis Tritt (“Lord Have Mercy On The Working Man”), and the Dixie Chicks (“I Can Love You Better”). Kostas was named 1989 NSAI Songwriter of the Year along with other accolades throughout his career.

Sharon Vaughn is another worthy Nashville Songwriters Hall of Fame inductee, best known for penning the country music standard “My Heroes Have Always Been Cowboys.” She also wrote the big Oak Ridge Boys hit “Y’all Come Back Saloon,” along with songs by Mark Chesnutt, Keith Whitley and Lorrie Morgan (“Til A Tear Becomes A Rose”), Reba McEntire, and Patty Loveless. Though her country catalog is mostly traditional material, she has also written pop songs for performers such as Clay Aiken.

More contemporary songwriter Marcus Hummon from Washington D.C.—who wrote multiple songs for the Dixie Chicks and others—will also be a 2019 inductee, as will Memphis native Rivers Rutherford, who has written songs for Trace Adkins, Tim McGraw, Brad Paisley, and others.