EDM in Country Is Here with Avicii and Bobby Bones 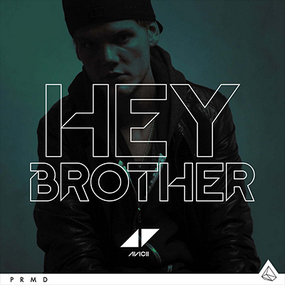 EDM, or Electronic Dance Music, is making a big move into country music with one of the world’s biggest EDM stars in Avicii, and he’s doing it with the help of none other than notorious Clear Channel syndicated DJ Bobby Bones, who’s taking credit for helping to spark the trend.

Saving Country Music has been predicting the impending emergence, if not takeover of EDM-influenced music in the country format for a while now, highlighting how the use of EDM elements like heavily Auto-tuned vocals and drum machine beats are already becoming the norm for many of the hits being recorded by the genre’s biggest male stars. But the advent of Avicii infiltrating the country music market could spell a completely new dilemma, where artists are forced to give into the EDM trends to stay commercially relevant.

Avicii is a Swedish DJ that released his first album True in 2013. His song “Hey Brother” originally released in October of 2013 has been a huge international hit, going #1 in fourteen different countries, reaching #1 on the US Billboard Dance Club Chart, and #24 on the all-encompassing Billboard Hot 100. Now it has a dedicated country radio version that has been picked up by several country stations including major market Washington D.C. station WMZQ.

WMZQ was just in the headlines last week when they decided to switch out their local morning crew for the syndicated Bobby Bones Show—Clear Channel’s flagship country music program that now is broadcast on over 60 radio stations and has a potential reach of 60 million listeners. Bobby Bones first official day on WMZQ was Monday; the same day WMZQ added Avicii’s “Hey Brother” to the station’s rotation.

On Bobby’s Monday morning show, he took credit for the inclusion of “Hey Brother” on country radio. Bobby Bones first asked for one of his sidekicks to read a tweet he sent out in January of 2014. The tweet said, “If Avicii ‘Hey Brother’ becomes a hit in country radio, we will be taking 80% of the credit. Been pimpin’ that song for weeks.”

We started playing that song “Hey Brother” in December of last year. We were like, “This has got to be a country song. How’s this not a country song? Let’s look at how country sounds now.” [Now] they have put out the country radio edit from Avicii. It is now officially a country song, and I’m going to say it’s all because of our listeners all downloading the song like crazy in the places that we are. And they were like, “Welp, let’s give the people what they want.” So here it is, Avicii “Hey Brother”, possibly the first big dance country song … And you guys made it happen, because they go and they track iTunes and they see what cities songs are downloaded most in, and where we are, Avicii “Hey Brother” is crushing people.

Avicii being accepted by country music speaks volumes to the influence of EDM and Bobby Bones on the format. Commanding such a massive country music audience—the biggest in the history of the genre—Bobby Bones now has the unilateral ability to launch an artist or song. And when you consider that Bobby Bones has only resided on country radio for a year, as well as his self-admitted fondness with Avicii and “Hey Brother”, his desires and tastes clearly align just as much outside of country as they do inside. And Clear Channel continues to build their country music empire as part of the current country music arms race, with Bobby Bones slated to join even more radio stations and be used in television opportunities in the future.

Prior to the release of his full-length debut album “True” last year, Avicii polarized EDM fans at the Ultra Music Festival in Miami last March with the debut of “folktronica” songs that elicited condemning remarks from purists of the genre. Avicii didn’t surrender to criticism and, that June, released “Wake Me Up!”: a “folktronica” single which became a worldwide #1 hit (and peaked at #4 in the United States) that featured Rhythmic/soul vocalist Aloe Blacc. The release was buoyed by widespread hype from many publications including the famed Pete Tong of BBC Radio 1, who declared “Nashville Goes EDM!” and “I can imagine there being line dancing in the video now!” Many indeed echoed Tong’s remarks, and despite Avicii insisting “Wake Me Up!” had much more to owe to folk than country music, many minted “Wake Me Up!” a definitive example of mixing country with EDM.

Now, the release of “Hey Brother” has sinewed perceptions of Avicii bringing country to EDM, and EDM into country. It features Alison Krauss & Union Station member Dan Tyminski, and it has topped the charts in many countries worldwide. Again, the critics have likened it as groundbreaking in bringing line dancing to EDM and so forth.

It is no accident that other artists including Pitbull have co-opted the formula into their own hits and have made killings off of it: most notably “Timber” (Pitbull again selectively borrows some of those elements, though not as obviously, on his newly released single “Wild Wild Love”).

You can bet your bottom dollar Big Machine, Republic Nashville and other major labels are going to milk this trend for all its worth, and do the converse of what Avicii has done in incorporating generic EDM beats into countless “country” hits to market to as broad a youthful demographic as possible. We’re already seeing this with Jerrod Niemann’s “Drink To That All Night”. But, in my opinion, EDM influences also vaguely rear their head in songs including “Sunny And 75”³ by Joe Nichols (listen to that again and tell me you CAN’T see that easily be remixed for a club), “Compass” by Lady Antebellum and “Get Me Some Of That” by Thomas Rhett to name a few. You can bet countless “country” executives are going to exploit his blueprint for success and abuse it to appeal to “country” radio’s sheepish listening demographic.

As for Avicii’s “Hey Brother” song specifically, at first listen, any familiarities to country music are skin deep, and mostly have to do with thematic similarities and opposed to sonic kinship. The video for the song however panders directly to American country music demographics, heavily drenched in Armed Forces sentimentality with 4th of July sparklers, folded flags, soldiers at attention, and trailer parks, directly slanted to an American and country music audience despite it originating from a Swedish artist.

Whether Avicii and “Hey Brother” will be widely accepted amongst the country music masses is still to be determined. But one thing is for sure, both EDM and Bobby Bones—whose heart and history reside well outside of the country music heartland—are poised to enact deep and sweeping influence on the country music genre in 2014, and well beyond.