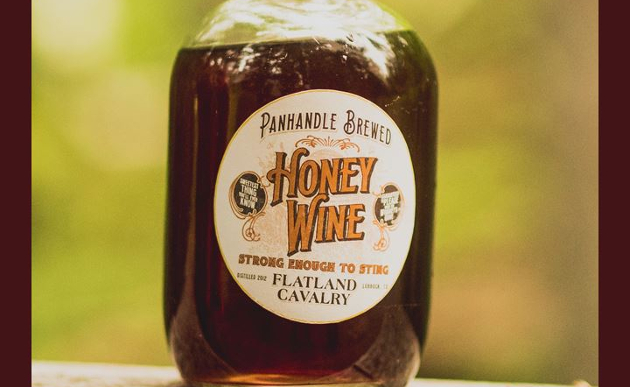 From Lubbock, Texas, Flatland Cavalry proves that the swell of Texas artists bringing the roots back to the music is broad based and generational. Built off of the melody of the fiddle, Flatland Cavalry is one of the most promising up-and-coming bands in Texas, and has garnered comparisons to the Turnpike Troubadours and other top level acts from their songwriting and infectious sound.

Flatland Cavalry has been in the studio recently working on new music, and ahead of a still-unannounced album, they have released a new song called “Honeywine.” Featuring Kaitlin Butts on harmony vocals, the song was reportedly written after Flatland frontman and Kaitlin beau Cleto Cordero helped polish off a bottle of honey wine at the infamous Larry Joe Taylor Fest in Stephenville, and thought the sweet beverage would make a smart premise for a song. It was recorded with producer Scott Faris at Amusement Park Studios in Lubbock, Texas like the rest of Flatland Cavalry’s upcoming album will be.

“Honewine” is only a song about an alcoholic beverage on the surface. Otherwise it’s a nickname, and a term of endearment, and a story about falling in love.

The new song comes a month after high profile fiddle player Laura Jane Houle departed Flatland Cavalry for undisclosed reasons. Fiddle player Wesley Hall formerly of Dolly Shine has been seen playing with the band recently. Dolly Shine called it quits back in 2016. Meanwhile Laura Jane has been seen playing with Dalton Domino and others, and has settled in the Texas Hill Country east of Lubbock. She hasn’t made any new permanent gig official as of yet.

The nucleus of Flatland Cavalry was first formed in Midland, TX by Cleto Cordero and drummer Jason Albers in 2012. The band’s initial lineup took full form in Lubbock in 2014 with Reid Dillon on guitar, and Jonathan Saenz on bass. They released their debut album Humble Folks in 2016.