From Struggle to Serendipity: The Story of Bonnie Bishop’s “Ain’t Who I Was” 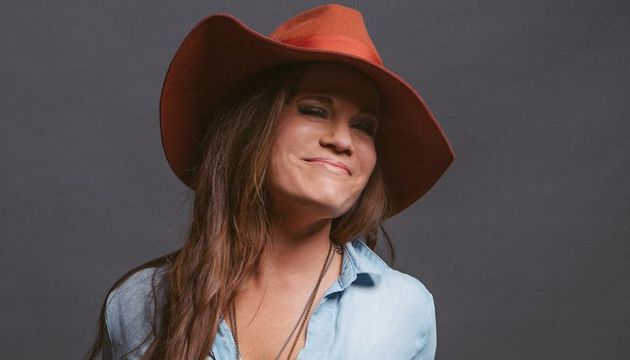 Texas-born and Nashville-based singer songwriter Bonnie Bishop has just released a new record produced by Dave Cobb called Ain’t Who I Was that in many ways is like a victory statement after so many years struggling as a female artist in the Texas music scene, and then a songwriter working for a publisher in Nashville trying to figure out how to write commercial country.

After deciding she’d had enough, even though she remained a critically-acclaimed songwriter and had written some big songs for Bonnie Raitt, Bishop decided to call music quits. But then a call from producer Dave Cobb changed everything.

As both a veteran of Texas music, who saw the rise of the scene in the early 2000’s, and as a songwriter who has seen the interior workings of the Nashville machine, Bonnie has unique insight into the journey of finding yourself, and finding your voice as an artist.

Purchase Ain’t Who I Was from Bonnie Bishop

Purchase Ain’t Who I Was on Amazon

On The Struggle for Females in the Texas Scene

I got my start in Texas. I was born and raised in Texas. I went to college in Austin, at UT. And at the end of college when I wrote my first song and decided, “Oh, I’m going to try and make a living playing music live,” I cut my teeth on the Texas country scene for the first six years of my career. From 2002 to 2008, I was pretty much touring exclusively in Texas. The biggest response I got trying to book shows was, “Chicks don’t sell beer.” That was the game and may still be the game.

I think this is a two fold problem. One, is music supposed to be about selling beer, or is it about selling music? And two, should we be having live music in all of these places that are frankly sports bars? A lot of the gigs were sitting in the corner on a stool under a Jumbotron in a place that serves hot wings and where people shell their peanuts on the floor. Is that a place we should be having live music? Maybe it is, but as a female artist, I’ve done some of that and tried, and I can honestly say that I don’t want to play music in places like that anymore.

Live music really took off in the Texas scene and everyone was trying to have it because they thought they could make more money and sell more beer. But you also dilute the integrity of live music when you put it in places where it doesn’t belong, and where artists instead of being required to be artists, now they’re supposed to sell beer. A lot of artists, not just female artist, but folk artists or artists writing music that isn’t about everybody getting drunk and hooking up and are trying to communicate something, they die in that environment. In the 60’s music was about changing the world. When did music become about selling booze?

I was one of the few females in Texas that was lucky enough to play the major festivals. I played Willie’s 4th of July Picnic, I did Larry Joe’s show out in Stephenville. I was very fortunate, but I had to be very persistent, and I adapted my sound and my songwriting to the scene that I was in because that was how I made my living. It was a disservice to my artistry because I was trying to fit in with what other people expected or needed me to be in order to play shows and make a living.

On Leaving Texas for Nashville

That was definitely a major factor in me leaving Texas which I never in a million years dreamed I would do. I love Austin, I love Texas, I love where I’m from. But I felt like my career needed help outside of that scene. After six years, I realized I wasn’t going to get anywhere, and that led me to move to Nashville and I signed a writing deal, which was one of the best things that ever happened to me from a professional level where you have to show up to the page every day whether you feel inspired or not.

But again I felt like I was in the wrong genre, and was forcing myself to fit a style of music that wasn’t really true to what I loved to do. So first I was trying to fit my music to the Texas music bar scene, and then trying to tame my music to commercial country. So after 12 years and five records as an indie artist, I quit. My career was going nowhere.

On Collaborating with Dave Cobb 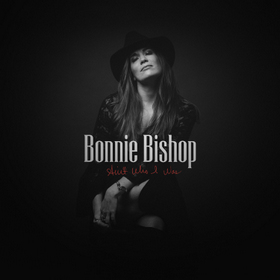 It wasn’t until Dave Cobb stepped into the picture and helped me make this record that I woke up to the truth about where my music comes from, which is soul influenced. Dave said that to me from the beginning, “You’re not a country singer. You’re a soul singer.”

At the beginning of 2014 is when I called it quits. And I made one last phone call to my friend David Macias who runs Thirty Tigers. He knew my journey, and I spent a couple of hours on the phone with him, telling him I felt I had failed, and I had done everything I could do and it didn’t work out. David said to me, “I don’t think you’ve made a record with a great producer who can pull out all that you are. I think Dave Cobb would be the producer for you.” I didn’t even know who Dave Cobb was at the time.

We didn’t do any pre-production. We went in on day 1 and he started listening to the songs and picking the ones that he thought embodied who I really was, and just pulled this record out of me. Dave was hugely instrumental in me finding my sound, because he gave me permission to just be a singer.

On The Album Title Ain’t Who I Was, and the Title Track

There’s this great quote that Faulkner said, which is “The past is never dead. It’s not even past.” And I think that comes into the title of this album [Ain’t Who I Was] because we are who we are today as a sum of our parts. Our past experiences got us to where we are today, but that doesn’t mean that it has to determine where we’re going. So that title has deep, deep meaning for me. But the most ironic part is that I didn’t write that song.

I couldn’t write that song. We were lacking a couple of songs, so we reached out to some songwriters that we both love. Dave wanted to call his cousin who is Brent Cobb, and I decided I would call me friend Adam Hood, who is a great songwriter that I love. So I went in one room to call Adam, and Dave went in another room to call Brent, and at the moment we both called them, they were both sitting down together to write a song that day. So they came into the studio 2 1/2 hours later with this song that they had written for me. It was the moment I realized that this record had a whole life of its own. It had a path, it had a story, and I just had to get out of the way to let that story come through. I was too close to the story to write that song. My friends had to write it for me. I love it even more because I didn’t write it.

There’s no other industry in the world than entertainment and maybe sports that has a time limit of your 30’s where that would be the end of your career. I didn’t even have anything to say until a couple of years ago. I didn’t even know who I was. I’m just excited that I’m getting a platform and an opportunity to sing to people at a time when I actually have something to say.