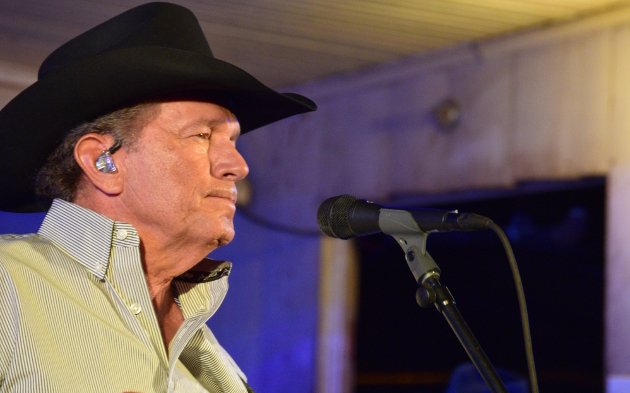 George Strait surprised everyone when the debut single “Every Little Honky Tonk Bar” from his 2019 record Honky Tonk Time Machine debuted in the Top 20 on country radio, and then resided there for a few months, eventually peaking at #17. Sure, there was a time when any George Strait single would be almost guaranteed to hit #1 (he’s had 45 of them, after all), but this was still Strait’s best showing since 2013, and helped make Honky Tonk Time Machine the best-selling album in the first half of 2019. Perhaps there was something to this idea that mainstream country is in the midst of a honky tonk resurgence.

But after “Every Little Honky Tonk Bar” was sent to recurrents, we weren’t sure if we’d get another proper radio single from Strait’s new record. There was a significant pause in the calendar after “Honky Tonk Bar” dropped off, as opposed to a new single being launched right away as usually happens. Now we know the second single will be Strait’s tribute to the men and women of law enforcement, “The Weight of the Badge.”

Written by George Strait himself, with his son Bubba and long-time collaborator Dean Dillon, on the surface, “The Weight of the Badge” doesn’t make a very good radio single. Forget electronic drums that adorn many of today’s country radio hits, “The Weight of the Badge” doesn’t really have drums at all aside from some hand percussion. Despite the weightiness of the material, it’s a pretty light song instrumentally. But the calculus here is that the message and story is something that will resonate with country listeners and the radio programmers who serve them, and at least give Strait a chance in a format that at times has seemed to pass him by.

“‘The Weight of the Badge,’ the idea for that song came about when I got the Texan of the Year award about a year ago,” George Strait explains. “Last year, me and Bubba, Tamara and Harvey, everybody Norma, and even Jilliann, I think were there, and I had security you know I had an officer who was talking to Harvey and letting him play with his badge and hold it and pinning it on his shirt. And I just got to thinking about that because it really wasn’t that heavy until you put it on it and then it means, it really gets heavy. So, that was one of those things I thought was a real important message especially these days and times. I love the way it turned out.”

In an era when law enforcement is often repudiated by many, George Strait runs counter to that by speaking about the seriousness and sacrifices police officers, sheriff department personnel, and anyone who dons a shield and sidearm to go to work every day must endure. As in any profession, there are good and bad apples. But the majority of police offers take their oath to serve and protect seriously. The men and women who serve in the military are regularly shouted out in country songs to the point of cliche, but police officers and first responders rarely get their due.

Don’t expect “The Weight of the Badge” to shoot up the charts like “Honky Tonk Bar” did, and like most everything on country radio these days, its performance depends a lot on how much effort the label puts behind a single to promote it. But the song should be a good litmus test to see just how deep this commitment is to deeper and twangier songs is on country radio.

Dean Dillon, George Strait, The Weight of the Badge