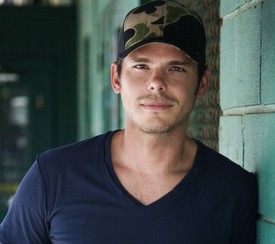 It was inevitable. Granger Smith’s first major mainstream single “Backroad Song” was going to go #1. After being chosen last October as the first single from his upcoming album Remington, and then being selected to receive the “On The Verge” treatment from iHeartMedia, it would have been more of a story if “Backroad Song” had not hit #1. “On The Verge” is a program that guarantee’s spins for a song across iHeartMedia’s country music radio network, virtually cementing a song’s #1 place.

It was a personal victory for Granger when “Backroad Song” officially hit #1 last week. Despite being a new name and a fresh face to many in the mainstream, Granger has been around regularly releasing records since 2004 in the Texas scene, scratching and clawing for attention, and splitting sides with his alter ego Earl Dibbles Jr. It’s been a slow and steady march to the top for Granger, but he finally made it.

But what’s the fun of getting to the top when you’ve compromised everything to get there? Despite some declaring the #1 for “Backroad Song” as a victory for Texas country, it is anything but. It was Granger’s abandonment of Texas country and the values of that scene, and walking away from the decent songwriting evidenced earlier in his career that finally got him the commercial success he has clearly craved over the last few years.

In getting to #1, Granger ditched Thirty Tigers—the label/distribution company for many other Texas country artists including Randy Rogers Band, Jason Boland and the Stragglers, Aaron Watson, The Josh Abbott Band, and the Turnpike Troubadours—and went with the newly-minted imprint of Broken Bow Records (Jason Aldean, Randy Houser) called Wheelhouse Records. There’s nothing Texas about Granger Smith’s #1 except that Texas was the scene he left behind to get there. It’s a shallow victory, if a victory at all; like proclaiming Kelsea Ballerini’s #1’s for purely pop songs at the top of the country charts as a victory for female artists.

And the song is terrible. “Backroad Song” is as Bro-Country and list-errific as they come. Bro-Country is dead, but helped by “On The Verge,” it has seen a remarkable resurgence on the radio via Granger. And the use of Auto-Tune may never have been more egregious in a studio track than it is here. Anything that might be akin to what people think of when they think of Texas country was scrubbed from “Backroad Song” unceremoniously.

READ: Granger Smith is “On The Verge” of Becoming the Next Bro-Country Sensation

Texas country is in no way perfect, and certainly has a deep and rich history of many of its artists trying to sell out to gain more support for their careers and families, traveling to Nashville in pursuit of the bigger deal, and usually turning back around with a bad story to tell after a few albums. And yes, one of the defining elements of the Texas country sound is a softening of edges, and a sensible approach to country music instead of strong, ingrained roots and hard country honky tonk sounds. But “Backroad Song” is in an entirely different stratosphere, and neither it nor Granger should be mentioned in the same breath as the Lone Star State to distinguish him from the sound and influence of Nashville.

If you want to hear what Texas country sounds like, go listen to the aforementioned Thirty Tigers artists mentioned above, or artists like Wade Bowen and Stoney LaRue. “Backroad Song” is purely a machination of Nashville and Music Row from an artists looking to get popular at all costs.